What TV channel is Belgium vs Canada on today? Kick-off time, live stream and how to watch World Cup 2022

What TV channel is Belgium vs Canada on today? Kick-off time, live stream and how to watch World Cup 2022

There are another four fixtures in the  World Cup 2022 group stages on Wednesday, with three of the tournament’s outside favourites in action.

Germany, the 2014 winners, suffered an ignominious start to the tournament with a 2-1 defeat to Japan, while the 2019 champions Spain are in action against Costa Rica.

Belgium are playing in Wednesday’s final fixture, against a Canada side appearing at their first World Cup for 36 years – here’s how to watch it live.

What time is Belgium vs Canada today?

Belgium vs Canada kicks off at 7pm (UK time – Qatar is three hours ahead) on Wednesday 23 November at the Ahmad bin Ali Stadium in Al Rayyan.

It is the second fixture from Group F, which also includes Morocco and Croatia, and is being broadcast live on BBC One, with build-up starting at 6.30pm.

Gary Lineker will be hosting, with commentary from Steve Wilson and Jermaine Jenas.

The 2022 World Cup is being broadcast entirely on free-to-air television in the UK with BBC and ITV sharing the rights.

All matches are therefore also available to live stream for free on BBC iPlayer, as in the case of the Belgium game, or the new ITVX streaming platform. 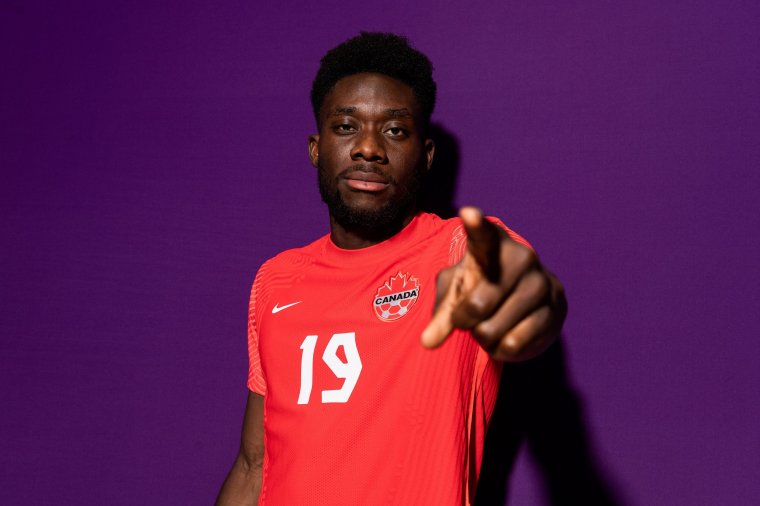 What can you expect from Belgium vs Canada?

Belgium beat England to third place at the 2018 World Cup, but are set to be without striker Romelu Lukaku – the country’s leading all-time goalscorer – against Canada.

Manager Roberto Martinez said: “Medically, there are 25 fully-fit players tomorrow and Romelu Lukaku is the only one who is going to miss out.”

He added that a change of scenery should benefit the team’s talismanic captain Hazard, who has struggled since moving to Real Madrid in 2019.

The manager said: “As for Eden, he is our captain. In the last two years it has been a tough situation for him in terms of the playing minutes.

“But here it is a different environment for him. We are a better team when Eden Hazard is in our dressing room.”

Canada are back on football’s biggest stage for only the second time in their history, and first in 36 years.

And while they are certainly underdogs today, Bayern Munich’s Alphonso Davies and Lille forward Jonathan David provide the sprinkle of stardust in their squad.

Their manager Josh Herdman – the only other English boss in Qatar – said: “There are a lot of days I have had in my life and I would never have envisaged this when I was back working in the Sunderland Academy.

“Like a lot of the lads, we are pinching ourselves. As the first game looms, it is getting more real by the hour, but it has been a hell of a journey to get here.

“We have been gritty and resilient and hopefully that is what you will see from us throughout this tournament.”

What other World Cup games are there today?

Wednesday’s World Cup action started with Morocco vs Croatia in Group F, which kicked off at 10am at the Al Bayt Stadium in Al Khor.

That game was also shown live on ITV, with coverage presented by Seema Jaswal. Commentary is from Jon Champion and John Hartson, with analysis from Joe Cole, Nadia Nadim and Nigel de Jong.

It was followed by Germany vs Japan, which got underway at 1pm at the Khalifa International Stadium in Doha.

Mark Pougatch presented the coverage with commentary from Sam Matterface and Ally McCoist, while Roy Keane, Ian Wright and Karen Carney provide analysis from the studio.

Following the Germany game we will see their Group E rivals face off as Spain play Costa Rica which kicks off at 4pm at the Al Thumama Stadium in Doha.

This rounds off a triple-bill of live games on ITV today, with Laura Woods presenting, Clive Tyldesley and Lee Dixon on comms, and analysis from Eni Aluko, Gary Neville and Graeme Souness.