The Sportsnaut Week 8 fantasy football rankings break down the most important positions in fantasy, evaluating individual matchups, recent performances, and injuries for the best players in the NFL. Bookmark this page for updates leading up to every game.

Our preliminary rankings for Week 8 are done before the latest NFL injury report comes out. There are plenty of injuries to monitor, including to NFL stars like Detroit Lions running back D’Andre Swift, wide receiver Amon-Ra St. Brown, Seattle Seahawks wide receiver DK Metcalf and New York Jets running back Breece Hall.

Before diving into our fantasy rankings for Week 8, here are the NFL teams on a bye this week. Fortunately, there are only two teams on hiatus.

Here are our Week 8 fantasy football rankings with stats via Pro Football Reference. 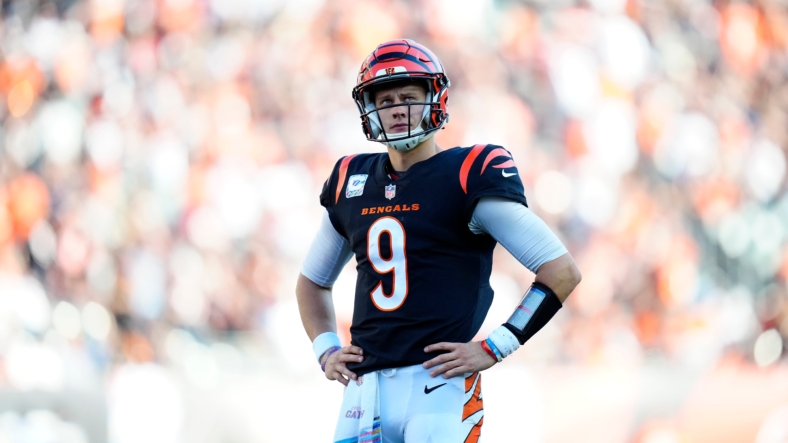 Joe Burrow lands at No. 1 in our Week 8 fantasy football rankings coming off a stretch that can only be described as MVP worthy. He is picking apart secondaries right now, delivering 30-plus yard touchdowns and even finding the end zone with his legs. The Cleveland Browns pass defense is adequate (210.4 pass ypg, 92.7 QB rating allowed) and it could be worse without Denzel Ward.

Moving further down in our fantasy quarterback rankings, we anticipate a potential shootout between the Seattle Seahawks and New York Giants. It bodes well for Geno Smith (244.6 pass ypg) and Daniel Jones (30 rush ypg). While there might not be any elite upside, it’s not necessary when so many other quarterbacks have difficult matchups.

Quarterbacks to fade in Week 8

Speaking of those matchups, it’s why fantasy managers need to be careful on Thursday and Sunday. Opponents averaged just 192.3 passing yards per game with four total touchdowns in the last four weeks against the Baltimore Ravens. That’s not the kind of opponent you should feel comfortable starting 45-year-old Tom Brady against.

The same feeling exists for Trevor Lawrence and Aaron Rodgers. Jacksonville’s second-year passer hasn’t thrown a touchdown in three consecutive games and it comes with a 59.8% completion rate and 75.8 QB rating in that stretch. He’ll face a Broncos’ secondary that allows just 173.1 pass ypg with a 74.9 QB rating. As for Rodgers, he is a big part of the reason why the Green Bay Packers’ offense is one of the worst in the NFL and that isn’t changing against the No. 1 defense in the NFL. 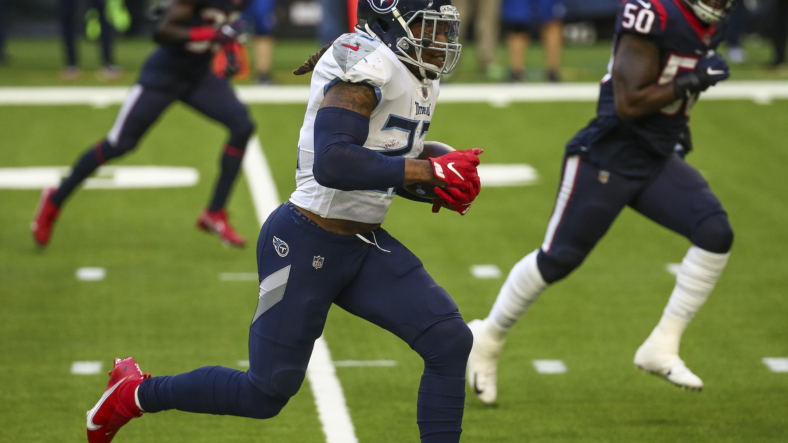 Derrick Henry sits atop the Week 8 RB rankings and there was never a moment of internal debate. The Houston Texans have the worst run defense in the NFL, allowing 164.7 yards per game and 5.2 yards per carry. In the lone matchup when they held an opponent under 100 yards – Los Angeles Angers, Week 4 – Austin Ekeler scored three touchdowns.

Henry headlines the fantasy football rankings for Week 8, but there are plenty of other great matchups to spotlight. We love both Kenenth Walker and Saquon Barkley in their head-to-head matchup. The New York Giants have allowed the fifth-most rushing yards (144.4 ypg) and the highest yards per carry (5.7). Seattle isn’t much better, surrendering 4.9 ypc and 149.7 rush ypg. Barkley and Walker are both workhorses, making them elite RB1s in Week 8.

We love both Dallas Cowboys running backs in Week 8. Entering their Monday Night Football matchup vs New England, the Chicago Bears were allowing 163 rushing yards per game. Dallas will find tremendous success on the ground, with Pollard delivering the big runs and Elliott finding the end zone.

After highlighting several matchups we love in the top 15 of our Week 8 fantasy football rankings, it’s time for the opposite end of the spectrum. Aaron Jones isn’t being used effectively by the Green Bay Packers. It turns an RB1 into a high-end RB2 and that drops to a low-end RB2 against the best run defense in the NFL (76.2 rush ypg allowed). 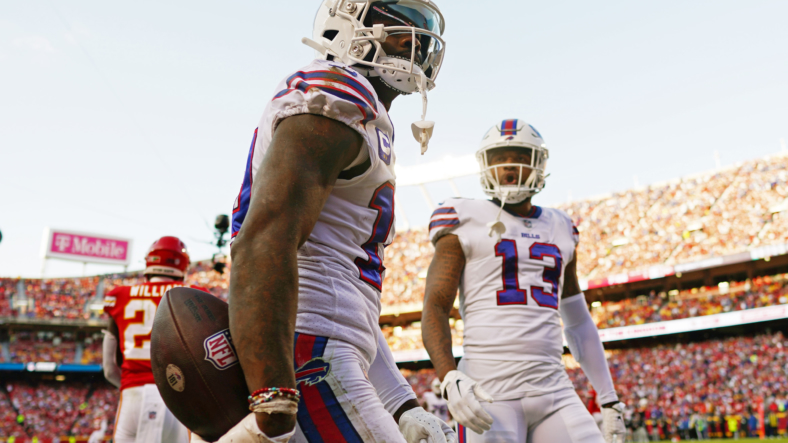 There aren’t any big surprises in the Week 8 fantasy wide receiver rankings. Even if Stefon Diggs lines up against Jaire Alexander, the miscommunication issues in the secondary and conservative defensive play-calling will provide Diggs with plenty of receptions and a few big plays.

The return of DeAndre Hopkins provided an important development for fantasy managers. Hopkins played 27 snaps in the slot, almost tripling his previous high during his Cardinals’ tenure. If that plan remains in place, with Kliff Kingsbury finally doing what every other NFL team does with its No. 1 wideout, 100-yard performances could become a regular thing for Hopkins after a disappointing 2021 season.

Both the Cincinnati Bengals’ and Miami Dolphins’ receiver tandems make it into the top 11 of our rankings. The Dolphins are competing against a Lions’ defense that is still allowing an average 102.4 QB rating to opponents even after showing some signs of improvement after the bye. With Tua Tagovailoa locked in on both Waddle and Hill, they can each be WR1s in fantasy. As for Ja’Marr Chase and Tee Higgins, they’re going to keep posting strong numbers as long as Burrow is playing at his current pace.

Week 8 also represents the first time in nearly a month that D.J. Moore returns to the top 30 in our fantasy rankings. He drew 10 targets from P.J. Walker, turning them into a season-high 69 receiving yards with his first touchdown since Sep. 18. Facing a woeful Falcons’ secondary, this is the time for fantasy managers to get Moore back into their starting lineup. 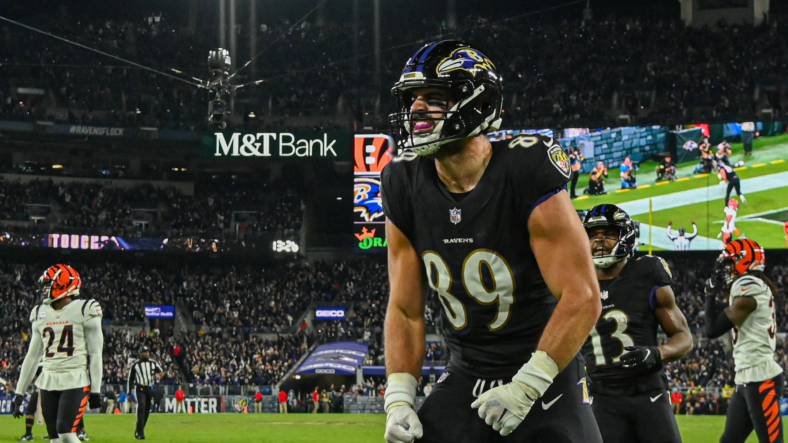