In the first episode of Wednesday, Rowan (Calum Ross) appears to be the Netflix‘s show’s big bad. But the conclusion to episode 1 revealed otherwise. But just when we think we’re getting somewhere with the monster that’s plaguing the town of Jericho, there’s another twist. Find out where the story takes us in Wednesday Episode 2.

[SPOILER ALERT: Spoilers ahead regarding Wednesday Episode 2 “Woe is the Loneliest Number.”] 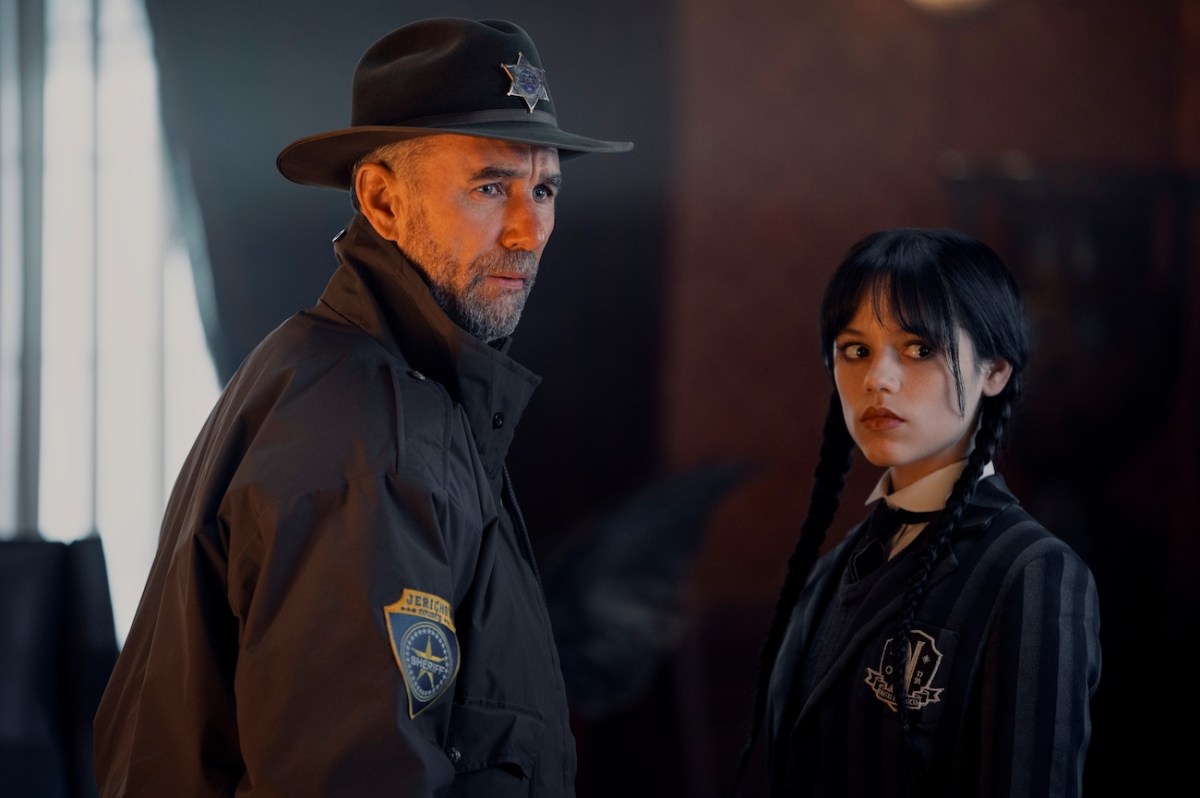 Rowan is presumed dead at the end of Wednesday Episode 1. That’s a fair assessment considering his torso is ripped open by an unknown creature. Ultimately, that creature saved Wednesday’s (Jenna Ortega) life, as Rowan was going to kill her to fulfill a prophecy.

Regardless, Wednesday sill wants to know why Rowan went after her. In the first five minutes of episode 2, it looks like she’ll get to ask Rowan herself in person, because he’s still alive. However, when he’s quickly expelled from Nevermore Academy, making it difficult for her to do so. Wednesday still might get answers though, as Rowan isn’t gone for good.

Wednesday and Bianca face off in Nevermore Academy’s Poe Cup

At first, Nevermore’s Edgar Allan Poe Cup is an unwelcome distraction for Wednesday. However, realizing she has the chance to knock Bianca (Joy Sunday) down a peg, Wednesday agrees to help Enid (Emma Myers) in the competition. 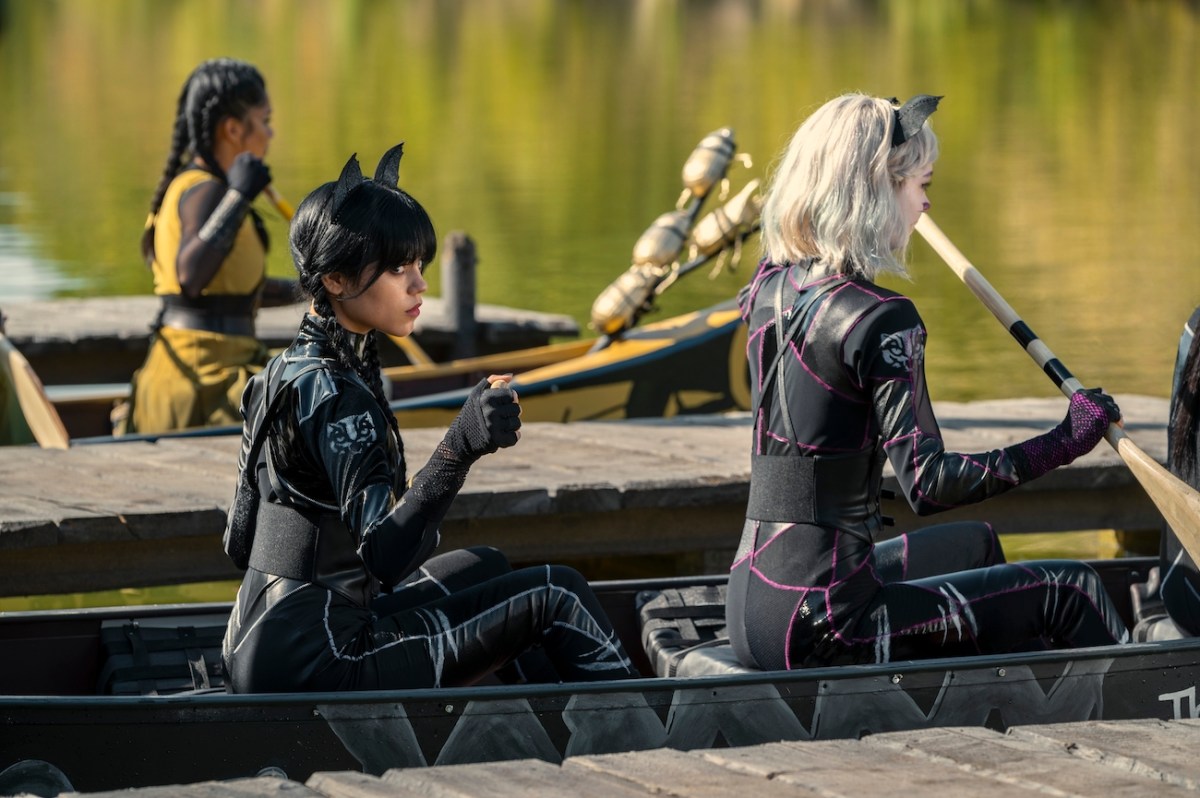 In a part-canoe part-footrace where anything goes, Bianca enlists her siren friends to sabotage the other boats so they can get a leg up. But two can play at this game and Wednesday came prepared. With the help of Thing and some clever canoe machinery, she brings her team to triumph, but not before having another vision.

Wednesday has more visions in episode 2

While obtaining her flag from the Crackstone Crypt, Wednesday sees an ethereal version of herself that says: “You are the key.” What that means is unclear at this point, but it likely has something to do with the prophecy Rowan is working to fulfill.

Wednesday’s other vision came after finding Rowan’s glasses in the woods. She sees him fighting with his roommate, Xavier Thorpe (Percy Hynes White), as well as the moment Rowan took the book with mysterious watermarks containing the prophecy.

Despite feeling under appreciated by Wednesday, Thing does what Thing does best — sabotage canoe races and investigate the mystery that is Rowan. During Thing’s mission, we discover Rowan can shape-shift — or can he? 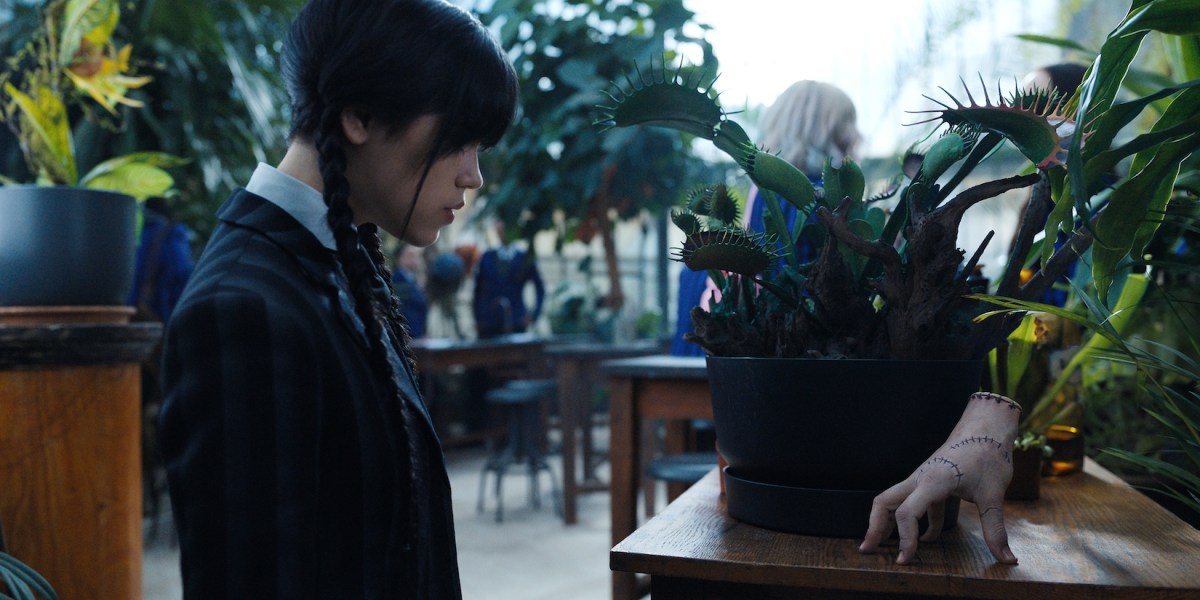 As Wednesday confided in Thing, she’s worried she’s going do something terrible because of Rowan’s vision. So, she arms herself with as much information on Rowan, the prophecy, and the mysterious watermark as she can.

As Ms. Thornhill (Christina Ricci) explains to Wednesday, that watermark is the symbol of an old student society called The Nightshades. Then, Wednesday notices the Edgar Allan Poe statue is holding a book with the same symbol. Naturally, she decodes the poem, which tells her to snap twice — a clever nod to The Addams Family.

Behind the statue, Wednesday discovers the hidden library where Rowan found the book. Before she can uncover much more, Wednesday is kidnapped and the episode ends.