Victorious Japanese give Germans a taste of their own B...

Victorious Japanese give Germans a taste of their own B...

Japan’s Bundesliga players took matters into their own hands in their 2-1 comeback win over Germany in Group E of the World Cup on Wednesday, giving their opponents a taste of their own medicine.

In the days before the match, the Japanese waxed lyrical over the contribution of Germany and its coaches for helping to develop the game in the country in the decades after World War 2.

But when they left the pitch at Doha’s Khalifa International Stadium as sensational winners, they had clearly outsmarted their teachers. 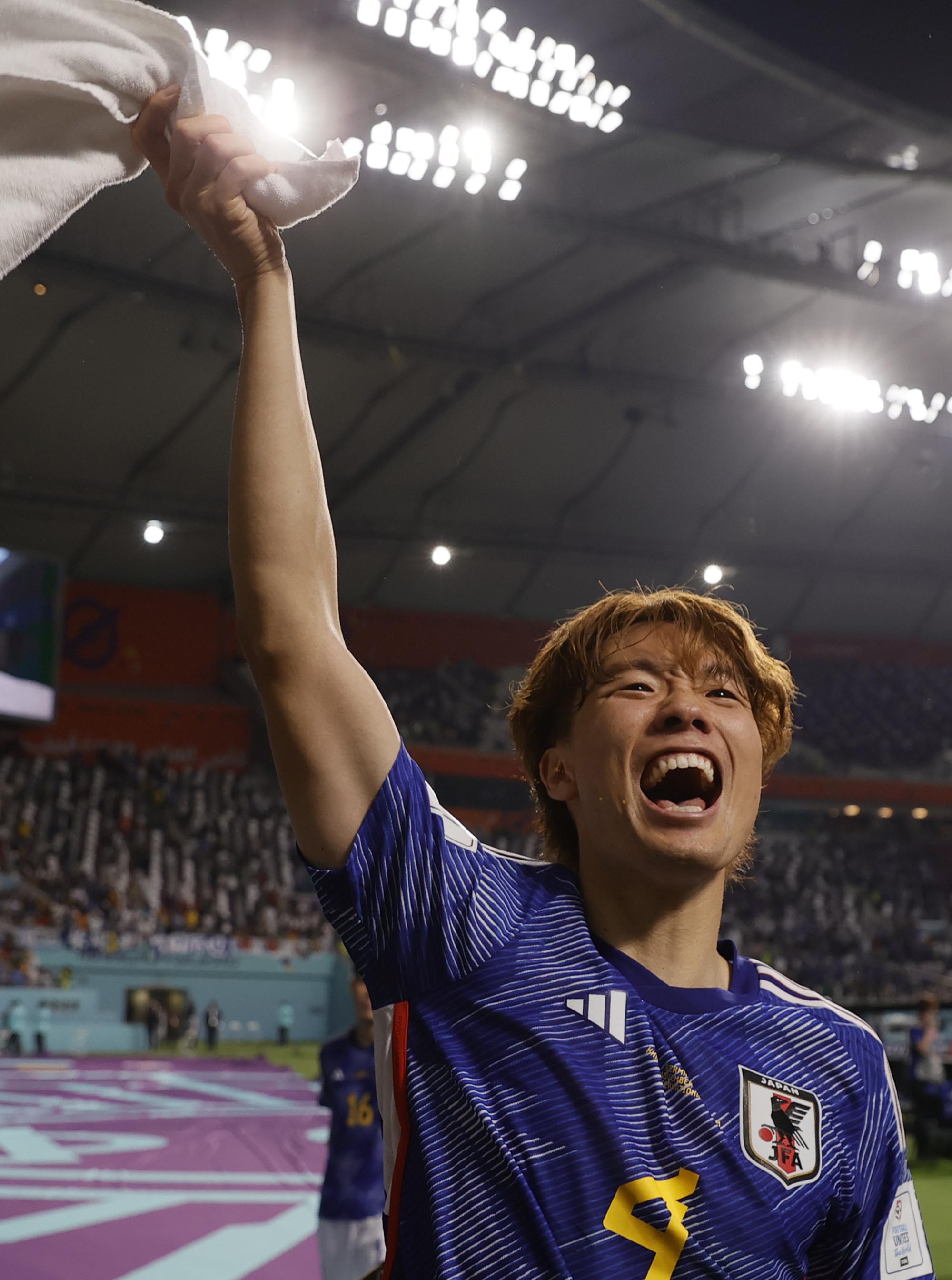 It was the two scorers, both substitutes, who woke their team up from their first-half slumber. 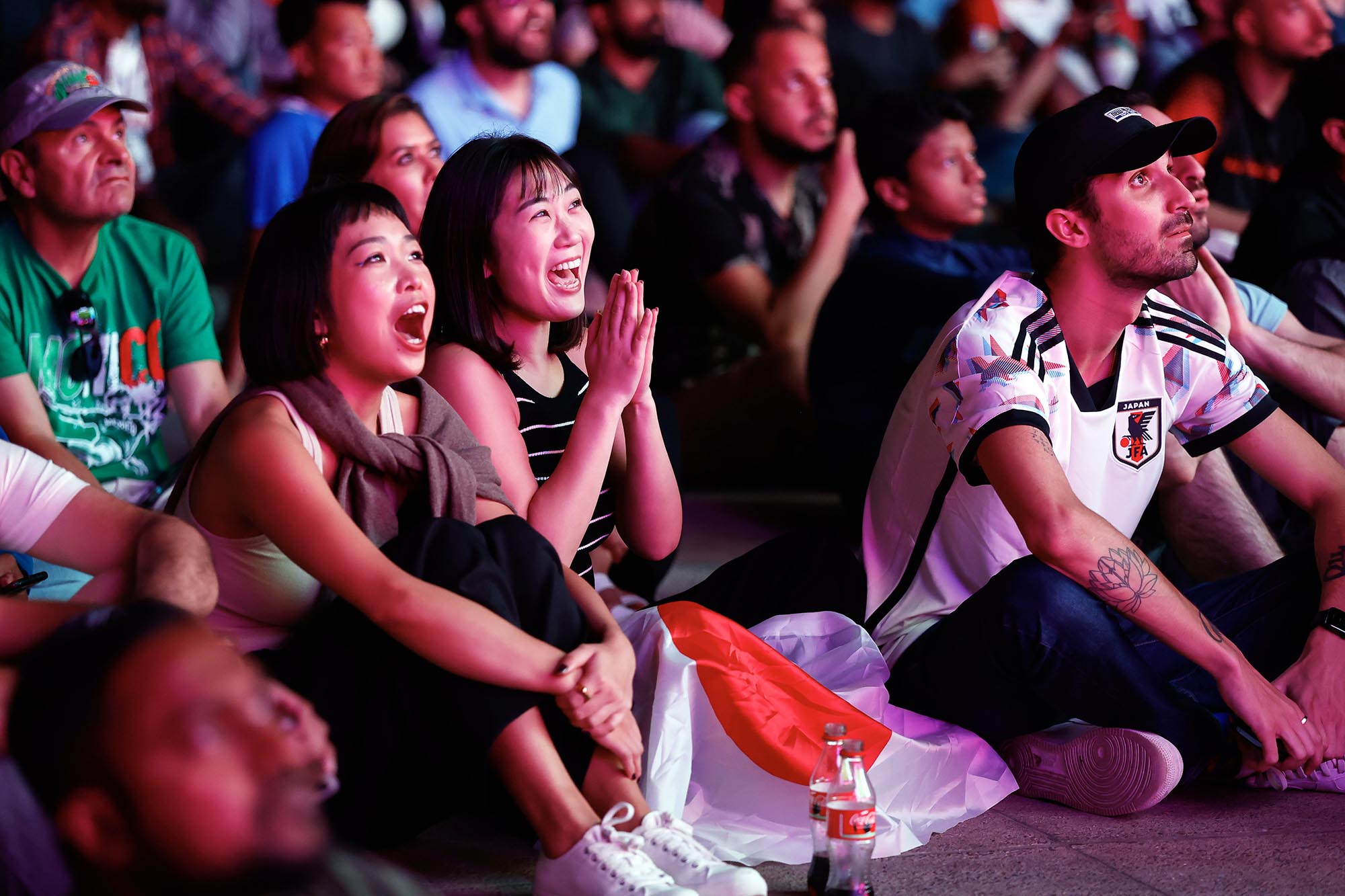 In true German tournament fashion, Japan refused to surrender even after a one-sided first half in which Germany had 16 efforts on goal and possession of more than 70%. Japan won the game with just 26% possession.

The introduction of Doan, nicknamed “the Japanese Messi”, and Asano in the second half lit up Japan’s game as they hustled and turned the tables on their opponents with high pressing and relentless work while charging forward.

A total of eight Japanese players in the squad compete in Germany’s top two divisions and they brought back the right lessons learnt there.

Their win, a result of pure determination and grit, had them punish their opponents for their lackadaisical approach to the game.

Even though he was a 57th-minute substitute, scorer Asano had the ball in the opponents’ box more times than all but two German players.

Germany will be asking themselves how they lost a game which should have been killed off in the first half, but they ultimately paid a dear price for their careless play and below-par finishing.

They used to punish opponents with their never-say-die attitude, but on Wednesday they were on the receiving end of late goals.

Japan continued to hope and after goalkeeper Shūichi Gonda made a quadruple save to keep them alive, they delivered the double punch for yet another upset in this tournament.

The Germans huffed and puffed but could not find a second goal, with highly rated players like Jamal Musiala and Kai Havertz showing only brief glimpses of their skills, and their known weakness in defence once more blatantly obvious, especially in the winner.

In the end, the Japanese proved as determined as their own fans, who did not stop singing for more than 90 minutes. The German fans were nowhere to be seen or heard.

Four-time champions Germany had looked to be cruising to a routine victory via Ilkay Gündoğan’s first-half penalty, but paid a fatal price for profligacy in front of goal.

The shock result was a repeat of their 2018 World Cup nightmare when, as defending champions, they lost their opener to Mexico and, after another defeat by South Korea, were condemned to an unheard-of group-stage exit.

“We wanted to start playing aggressively, we wanted to dominate the game,” said Japan coach Hajime Moriyasu, whose second-half changes altered the whole feel of the game.

“But Germany are very strong so we needed to defend persistently and take our chances.”

Japan are playing in their seventh successive World Cup, having never qualified before 1998, but have never claimed such a high-profile scalp.

“It’s a big surprise. We saw the Saudi victory over Argentina — the Asian countries are reaching the global standard,” Moriyasu added.

It was an outcome that looked unlikely in the extreme as Japan struggled to get any foothold for most of a game played against the backdrop of Fifa’s threat of sanctions if German captain Manuel Neuer wore a “OneLove” armband. In response to that act of protest being effectively banned, the German team covered their mouths in a “silenced” gesture for their team picture. Reuters