Heading to their 14th World Cup tournament in the nation's history, Uruguay are the eternal World Cup dark horse. It's what you'd expect of a country that has won the tournament in the past — La Celeste won the two of the first four World Cups held — and made a semifinal run in 2010.

But what the competition in Qatar will be looking at is the talent on the field in November. Luis Suarez, Edinson Cavani and Diego Godin are well into their late 30s and will be hoping for one last magical run. But this could also turn into the tournament in which the next generation of stars takes over.

Federico Valverde, who has recently been called the third-best player in the world, and Liverpool scoring sensation Darwin Nunez are ready for the World Cup stage, alongside FC Barcelona defensive force Ronald Araujo, if he can recover from injury in time.

La Celeste always seem to find a way, including during the recent World Cup qualifiers when things were looking dire and legendary manager Oscar Washington Tabarez was sacked. They still made it and they're one of the favorites to emerge from Group H. And if Uruguay and their characteristic fight and grit — known as the Garra Charrua — get into the knockouts, anything can happen.

MORE: How the competition shapes up for Uruguay in Group H

New manager Diego Alonso, who took the reins in January, announced his 51-man expanded preliminary squad at the deadline on Friday, Oct. 21, when preliminary squads of 35-55 players were due.

Midfielder Mauro Arambarri (Getafe) was an injury omission, while Diego Rossi (Fenerbahce) and Maxi Gomez (Trabzonspor) were among the players who didn't make this first cut.

The 51-man list suggests plenty of decisions for manager Diego Alonso, but a good chunk of the final 26-man roster should choose itself by the time the Monday, Nov. 14 deadline comes around.

If Ronald Araujo can't recover in time, America's Sebastian Caceres or Hertha's Agustin Rogel could be next in line. Facundo Torres, who plays with American side Orlando City, could be the last forward taken, while the midfield picks itself.

Here's a look at a likely projected 26-man roster for Uruguay:

Uruguayan players have consistently proven to possess the ideal mix of skill, fight, physicality and tactical nous, making them one of the most competitive sides in world football despite a relatively smaller population of nearly 3.5 million. It's the reason why the country's players are some of the most sought-after talents in the world.

It's those qualities that will once again make them a difficult out in Qatar.

While it's tempting to go back to the well and cite the bigger names of Luis Suarez and Edinson Cavani, the truth is that the heartbeat of this team is a 24-year-old who plays for Real Madrid.

Federico Valverde is having himself a sensational season in 2022/23, and that's after finishing strong in 2021/22 with the game-winning assist in the Champions League final. He is a player who has shown he can leave a mark on a match and carry his team in big moments.

It's scary to think what Valverde might be able to accomplish with more games playing behind Liverpool 23-year-old striker Darwin Nunez, who can find goals out of nothing.

When fit, Barcelona defender Ronald Araujo (below) is a similar unstoppable force on the field. He's a strong one-on-one defender and even stronger in the air when attacking and defending. But he underwent groin surgery in September and is in a race against time to be fit again. 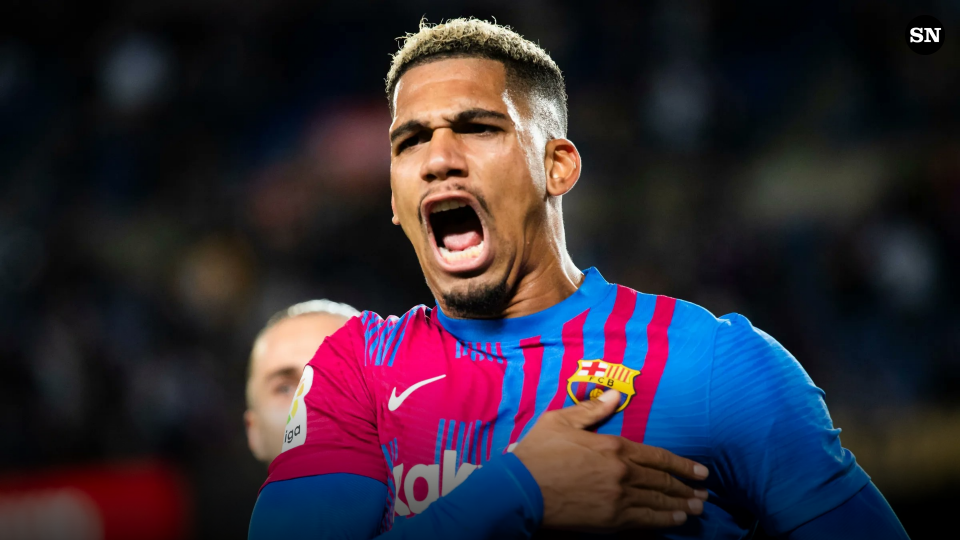 Team defense. In nine international matches under Alonso, Uruguay have only conceded two goals, one each to Venezuela and Iran.

The defending starts from the front and it's supported by a tenacious central midfield featuring Lazio's Matias Vecino or Tottenham's Rodrigo Bentancur alongside Valverde.

If Araujo is not fit enough by the opening match, it could prove a major blow. He usually plays at right-back for Uruguay, and the cover will be offered by the experienced Damian Suarez (Getafe) and Guillermo Varela (Flamengo).

Luis Suarez, heading into his fourth World Cup, has been plying his trade back in his native Uruguay in recent months and it's tough to know what to expect of him in Qatar. If the 35-year-old is not up to snuff as Nunez's forward partner, is Alonso ready to bench the captain and most recognizable face on the team?

Based on FIFA's world rankings and international pedigree, No. 14 Uruguay are expected to be one of the top two teams to get out of Group H.

The pressure will be on to win the opener against South Korea (Nov. 24), though the second matchday against Portugal and Cristiano Ronaldo could be the most favorable stylistic matchup.

Given their history at past World Cups, the last thing Uruguay wants is a Ghana side that has something to play for in the group finale. Revenge will still be on the minds of the Black Stars after the infamous Suarez hand ball on the goal line in 2010, which prevented them from reaching the quarterfinals.

Against a South Korean side that can run all day, Uruguay will need just the right mix of workrate and quality to overcome the Asian side.

From a tactical standpoint, Diego Alonso has tried a mix of formations in his short time on the job, and although the 4-4-2 has worked well, the 3-5-2 could also be an option, giving La Celeste the option of fielding all three of Matias Vecino, Federico Valverde and Rodrigo Bentancur against South Korea's packed five-man midfield.

Once the final 26-man roster is official, participating teams at the World Cup can only make changes before the first game of the tournament, and only in the case of extraordinary circumstances.

According to the official tournament rules (page 32), "a player listed on the final list may only be replaced in the event of serious injury or illness up until 24 hours before the start of his team's first match."

The team in question would need to submit a medical report to FIFA and if the world governing body determines "the injury or illness is sufficiently serious to prevent the player from taking part in the FIFA World Cup" then the replacement will be allowed.

The replacement player must come from the preliminary list of players submitted to FIFA in October.