Kim Kardashian and Pete Davidson fans have a theory that the pair are dating again, and it actually makes a whole lot of sense.

To recap, the former couple were first linked a year ago in October 2021, when they appeared on Saturday Night Live together. They made things official soon after, posting on Insta together and walking the Met Gala red carpet. However, in August Kete were reported to have sadly called it quits.

Two months after breakup reports first surfaced, fans now have an interesting theory over where Kim and Pete are at now. 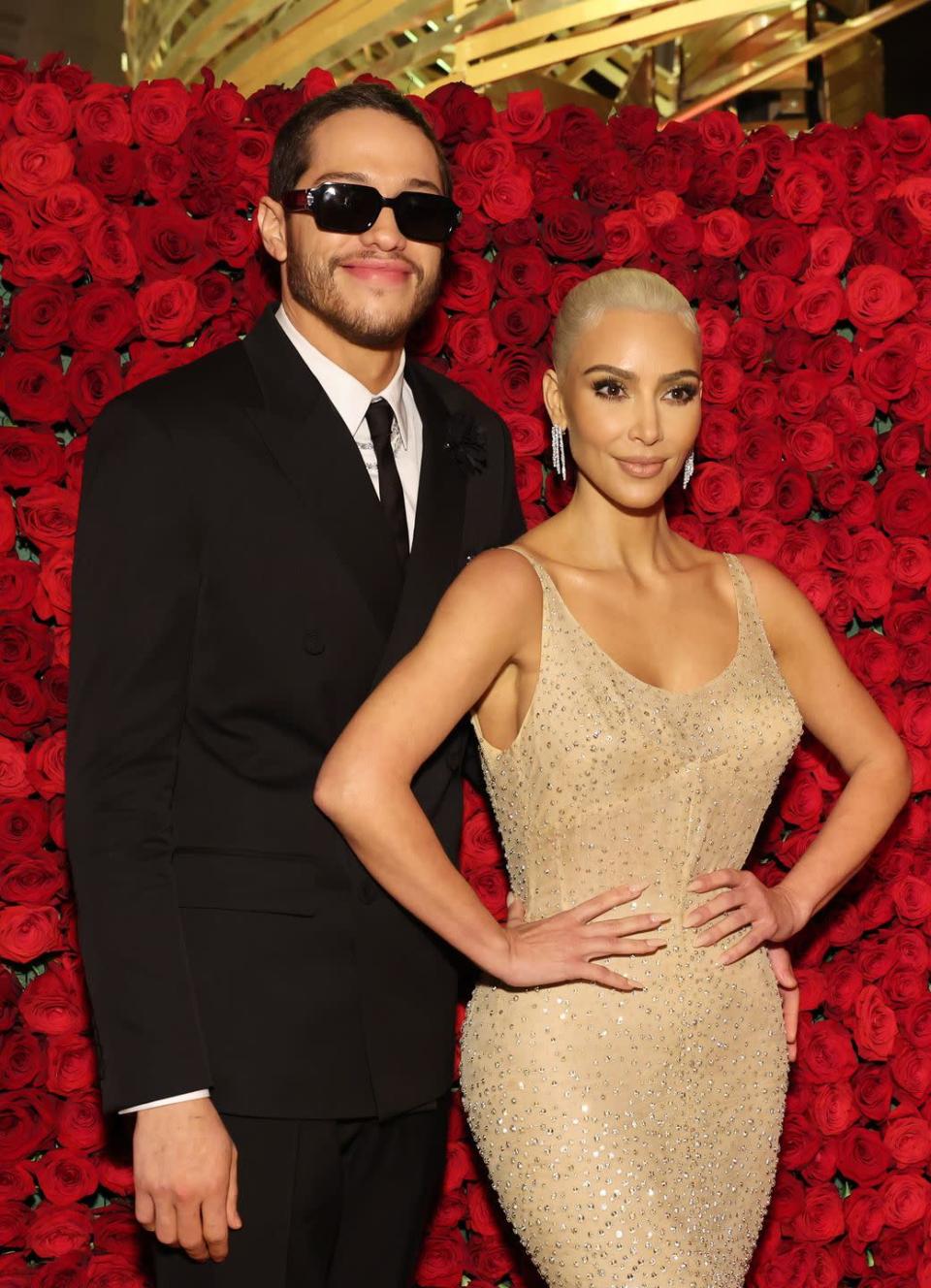 We'll break it down: Kim took to Instagram to mark her 42nd birthday celebrations over the weekend, sharing a snap of four huge bouquets of flowers on her Stories. The pic in question sees the collection of white and dusty pink roses joined by a candle with the label "Jasmin" (from brand Diptyque).

Of course, you'll remember that Kim and Pete's famous SNL sketch together (and their first on-screen kiss) saw them playing Princess Jasmine and Aladdin.

Throughout their relationship, Kete made various references back to their Aladdin skit, with the comedian even getting a "jasmine & aladdin" tattoo below his neck complete with an infinity symbol.

Fans are now linking the Jasmine/Aladdin situation back to Kim's "Jasmin candle", theorising that the Insta flowers may actually be from Pete. 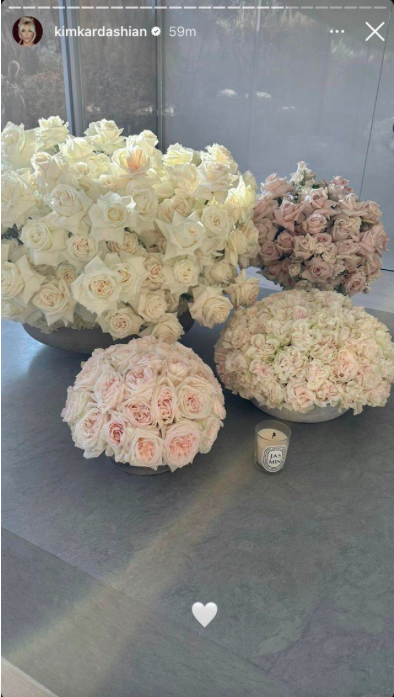 One fan wrote on Reddit, "Flowers from Pete?!! Peep The candle," while another added, "👀 Jasmin label turned directly towards camera 🧐." Others questioned why the candle was featured in the pic in the first place if not for a specific reason, with one commenting, "EXACTLY!! 🤣 like why leave a random candle there?!"

A fourth fan on Twitter agreed, chiming in, "Choosing to believe Kim got flowers from Pete because of the Jasmin candle."

Choosing to believe Kim got flowers from Pete because of the Jasmin candle pic.twitter.com/H7NUtb05YU

Of course, if Kim's flowers are from Pete, it's possible that Pete may have gifted them as a friendship gesture. However, fans online are convinced that the pic points towards a Kete reunion.

One Reddit user wrote, "I [have] a theory that they are secretly still together but keeping it under wraps bc it got way too much [attention]." Another agreed, "I’m telling ya’ll I feel a Kete reunion in my bones. It’s happening. MARK MY WORDS!" Plus, a third wrote, "I’m lowkey hoping they get back together ❤️."

Well, there you have it. Just a candle or something more?