Strictly Come Dancing: Helen Skelton declared fans’ ‘winner’ after she breaks down in tears on the show

Strictly Come Dancing: Helen Skelton declared fans’ ‘winner’ after she breaks down in tears on the show

Strictly Come Dancing fans have declared Helen Skelton is their ‘winner’ after she broke down in tears on Saturday night’s show.

Helen has had a tough year after she split from her ex-husband Richie Myler just months after giving birth to their third child. He’s reportedly dating again.

Last night (November 26) Helen was seen crying in the VT before her performance on Strictly.

Viewers wanted to wrap her up and give her so much love. They also praised just how far she has come. 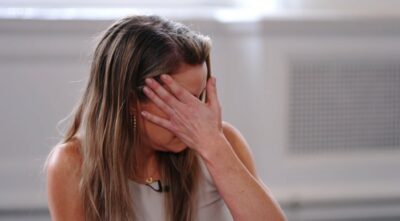 It was an emotional night for Helen (Credit: BBC)

Helen performed a samba with pro-partner Gorka Marquez. However it failed to impress all of the judges as Craig Revel Horwood only scored her a five.

The other three judges gave her an eight.

It put her second from bottom of the leaderboard with a score of just 29.

It was her VT prior to the dance, though, that reduced her to tears.

After scoring 39 the previous week for her quickstep, Helen talked about how proud her dad had been of her.

He had told her: “You seem like you again.”

She went on to confide in Gorka: “I’m definitely a different person than when we started…” Her voice then started to break and she put her hand over her eyes.

“I’m sorry, I’m really sorry,” she said as she sobbed.

Gorka told her not to be sorry and sweetly put his arms around her.

She composed herself to say: “I think even you would say I’m a different person from day one, right?”

Helen then said to camera: “I thought it was just dancing, it is so much more than that.” 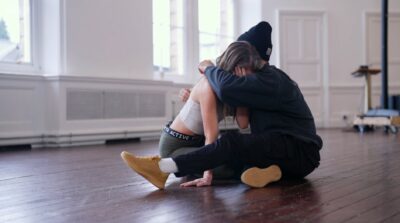 Gorka has been there for Helen throughout (Credit: BBC)

Fans at home also welled up over Helen’s vulnerability.

Some called her their winner and said she had improved so much it’s what Strictly is about.

“I absolute adore Helen, the confidence she had got now is amazing to see, she’s my winner,” wrote one.

“Helen, you have come so far! You show ’em girl!!” agreed another.

A third said: “Come on Helen you can win!”

“Oh Helen, my heart! We’re all on your side and rooting for you,” said someone else.

A fifth added: “Helen is my winner she has grown in confidence and deserves to win.”

And another agreed: “Helen is the only one with a very recent sob story but she hasn’t used it once and even told Gorka not to get emotional. She’s there for the dance and doing amazingly. They are my winners.” 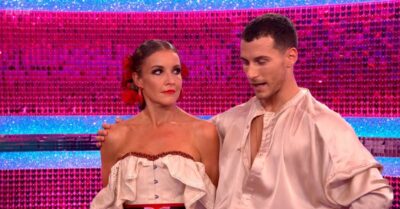 Earlier in the series, Gorka had made a touching statement about Helen on live TV.

He said: “Can I just say something, I know you have been having a difficult time.

“And I know you may not feel like you’re beautiful, or good enough or anything but if you don’t believe in yourself, I believe in you, everyone here believes in you.”

He added: “You are an amazing woman, very inspirational, an amazing mum, so believe in yourself please.”

The Strictly Come Dancing results show airs on BBC One, tonight, at 6pm.

Do you like watching Helen and Gorka on Strictly Come Dancing? Head to our Facebook page @EntertainmentDailyFix and let us know.