Although Craig Revel Horwood, Anton Du Beke, Motsi Mabuse and Shirley Ballas all agreed Hamza’s top half was brilliant, they fell out over his bottom half! 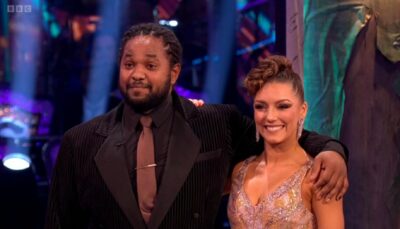 Hamza and Jowita wowed half the judges! (Credit: BBC)

What did the judges say about Hamza on Strictly?

Hamza and pro partner Jowita Przystal were first critiqued by Shirley who told him he was the ultimate leading man.

“You make this lady shine and that is what dancing for me is about, well done,” she said.

Shirley also added she wished she could dance with him.

However then it was Anton’s turn to speak. He wasn’t quite as keen.

“The top half was intense, it was calm, it was strong, it was leading, it was powerful. The bottom half looked like you played centre forward for Bradford City,” he said.

“What a load of rubbish, not at all!” shouted Shirley above the booing studio audience.

Anton added: “I think you’re brilliant, I’d like you to tidy up your legs a bit.”

Craig then went on to say: “I totally agree with Anton.”

Mosti began shouting over Craig that Hamza did all the things Craig was picking on.

“It was extremely messy, I felt like it only concentrated on the top half,” Craig continued, ignoring her.

Hamza scored eight, 10, 10, nine, giving him 37 and placing him second on the leaderboard. 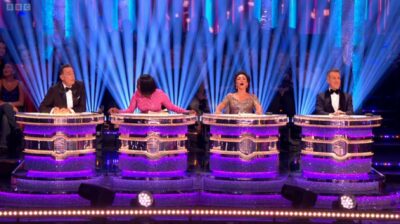 The judges were at war tonight (Credit: BBC)

Viewers immediately sided with Craig and Anton after the judges spat.

“Much as I love Hamza and think he’s amazing, I don’t think that dance deserved two 10’s,” said one.

“Anton and Craig spot on. Not that Hamza was ‘bad’ but it wasn’t great, definitely clumsy in parts so never a 10,” agreed a second.

A third added: “What’s wrong with Shirley and Motsi? Hamza’s footwork was terrible! Definitely not worth a 10!”

“Anton and Craig were right, sorry,” another simply said.

Someone else said: “Oh-er, bust up among the judges. Can’t imagine Craig would have been happy with Motsi jumping back in like that. For the record I agree with Anton about Hamza’s legs!”

“Motsi and Shirley. That was not a 10. His worst dance for me,” said another.

Someone else called for new judges: “Those 10s for Hamza are a JOKE. Especially after Fleur’s dance. New judging panel next year please.” 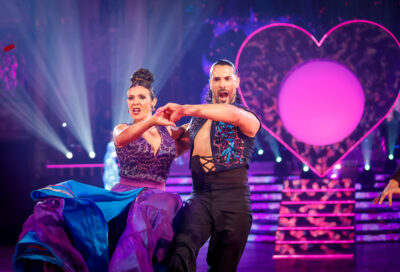 What else happened on tonight’s show?

Saturday (November 26) saw the remaining couples perform to make it through to next week.

However one pair were absent – Kym Marsh and Graziano di Prima has a free pass to next week after Kym contracted COVID.

Many fans felt this would have been Kym’s week to go as the others left in the competition are stronger.

And some don’t think it’s fair she gets through given in previous years others contestants have had to leave immediately if they got COVID.

“Kym skipping a week this late in the competition when she is one of the weakest dancers left doesn’t really seem right…” said one commenter.

What do you think of this story? Head to our Facebook page @EntertainmentDailyFix and share your thoughts.