Spy x Family Season 2 Episode 5 Preview: When, Where and How to Watch!

Spy x Family Season 2 Episode 5 Preview: When, Where and How to Watch!

When fans got to know that the Forgers were coming back with Spy x Family Season 2, they were absolutely ecstatic. The Spy x Family franchise showed us how a story about a family of quirky individuals can quickly be one of the best anime ever.

Furuhashi Kazuhiro, who also worked on successful anime like Kimi ni Todoke, Dororo, etc, is directing this anime. On the other hand, Wit Studio, CloverWorks is in charge of its animation. SOUVENIR by BUMP OF CHICKEN is the opening theme, whereas Shikisai (色彩) by yama is the ending theme.

Spy x Family talks about a family of three individuals who are nothing like they pretend to be on a daily basis. The father of the family, Loid Forger, is a psychiatrist for the masses, but he is an undercover spy on the side, trying his best to keep the peace between the once-warring nations of Ostania and Westalis.

Loid, for his upcoming mission Operation Strix, adopts Anya from an orphanage without knowing that she is a psychic. For this mission, he needed to have a child, who would go to the Eden Academy, where Damian, the son of a powerful politician Donovan Desmond, goes. Through his daughter and Damian, Loid wanted to get in touch with Donovan.

To complete the farce, Loid also decides to get married. It is then that Anya and Loid meet with Yor Briar, a straight-laced and gullible clerk. She agrees to this sham of a marriage, thinking Loid needs a mother for his daughter after his wife has died.

But she is not what others think of her as well. Yor is actually the infamous assassin called Thorn Princess, who is easily one of the most overpowered characters in this anime.

Read More – Under the Queen’s Umbrella Episode 4 Preview: When, Where and How to Watch!

The Netflix description of the series reads: “A spy, an assassin and a telepath come together to pose as a family, each for their own reasons, while hiding their true identities from each other.”

In the next episode, we might not see all the members of the Forger family, but we will definitely see Loid and Anya. There will also be Damian and Becky from Anya’s school. Other than these two, there will be Henry Henderson, their teacher. 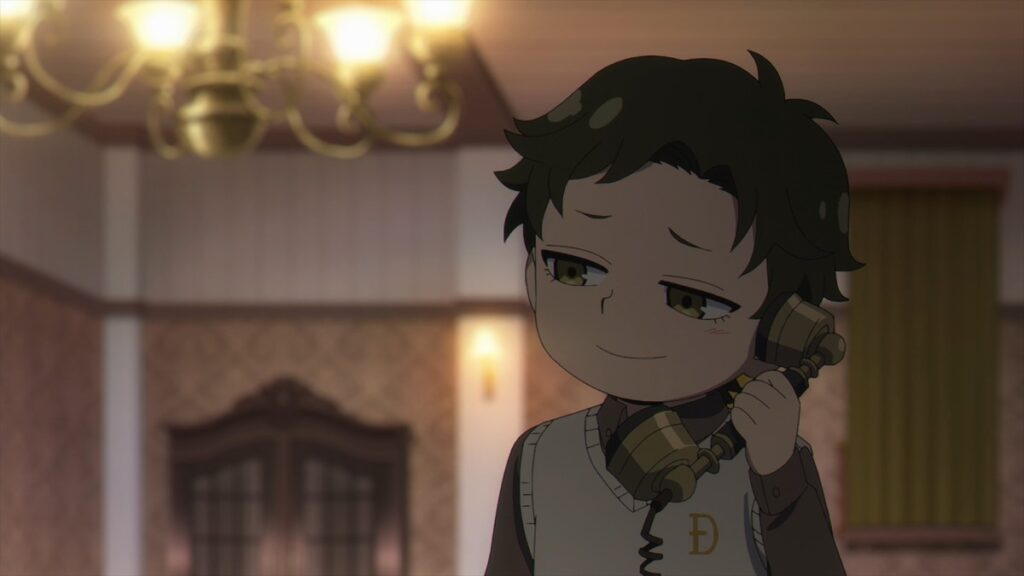 Still From Spy x Family Season 2 Episode 5 Preview: When, Where and How to Watch!

Spy x Family Season 2 is available on Netflix for English speakers to watch. So without further ado, go ahead, and see it if you haven’t already.

Read More – The Golden Spoon Episode 10 Recap and Review: Hwang Tae-yong to Use the Magical Spoon?!

The series is expected to have 13 episodes in its second season.

We predict another hilarious episode where the Forgers will try their best to keep their identity a secret by endlessly telling lies that would otherwise never work in the real world. The comic scenes and the sudden action will also be there to entertain us from start to finish.

In the latest episode, we saw the dilemma of Yor, who tries her level best to be the best mother and wife. Franky as well had some problems regarding his love life. But thankfully, Loid was there to support him in his success and failures.

Read More – One Dollar Lawyer Episode 10 Preview: When, Where and How to Watch!