Flossie, the cat, will celebrate her 27th birthday in the next few weeks (Cats Protection/Guinness World Records)

An Orpington cat approaching her 27th birthday has been crowned as the oldest living feline on the planet by Guinness World Records.

At age 26 years and 329 days, Flossie is poorly sighted and deaf but otherwise in good health and playful. She is still said to love cuddles and food but has achieved the equivalent of 120 in human years despite living in several homes.

Flossie was born in December 1995 in the Liverpool area and was a stray before being adopted by a worker of a Merseyside hospital.

Ten years later, the owner died and Flossie was passed onto her sister - who also died 14 years after that, meaning the cat then moved in with their brother at the age of 24.

But after three years the owner was unable to continue looking after Flossie, which saw her given to Cats Protection's Tunbridge Wells, Crowborough and District Branch. 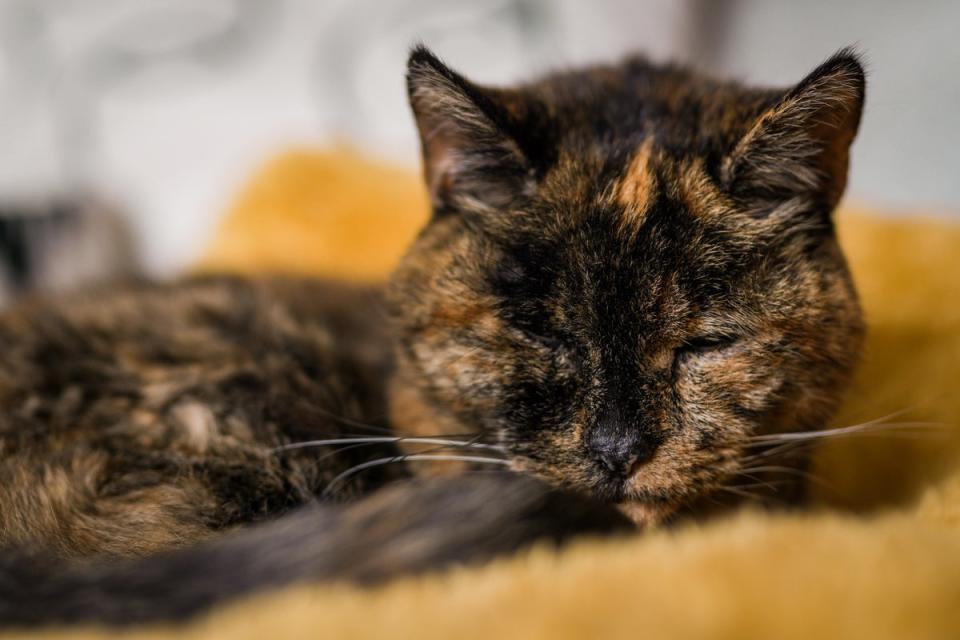 In August, the charity noticed that Flossie’s vet records aged her close to 27 - making her older than many members of England’s men’s team at the World Cup, and well in advance of the 12-18 years felines typically live for. They were able to verify the achievement after approaching Guinness World Records.

The information they have since passed onto her new owner, Orpington’s Vicki Green - an experienced owner of aged felines.

Naomi Rosling, Cats Protection branch coordinator, said: “We were flabbergasted when we saw that Flossie's vet records showed her to be 27-years-old.

“[The previous owner] sought our help when it was in Flossie’s best interests. Responsible cat ownership is when someone thinks about an animal’s needs above their feelings. 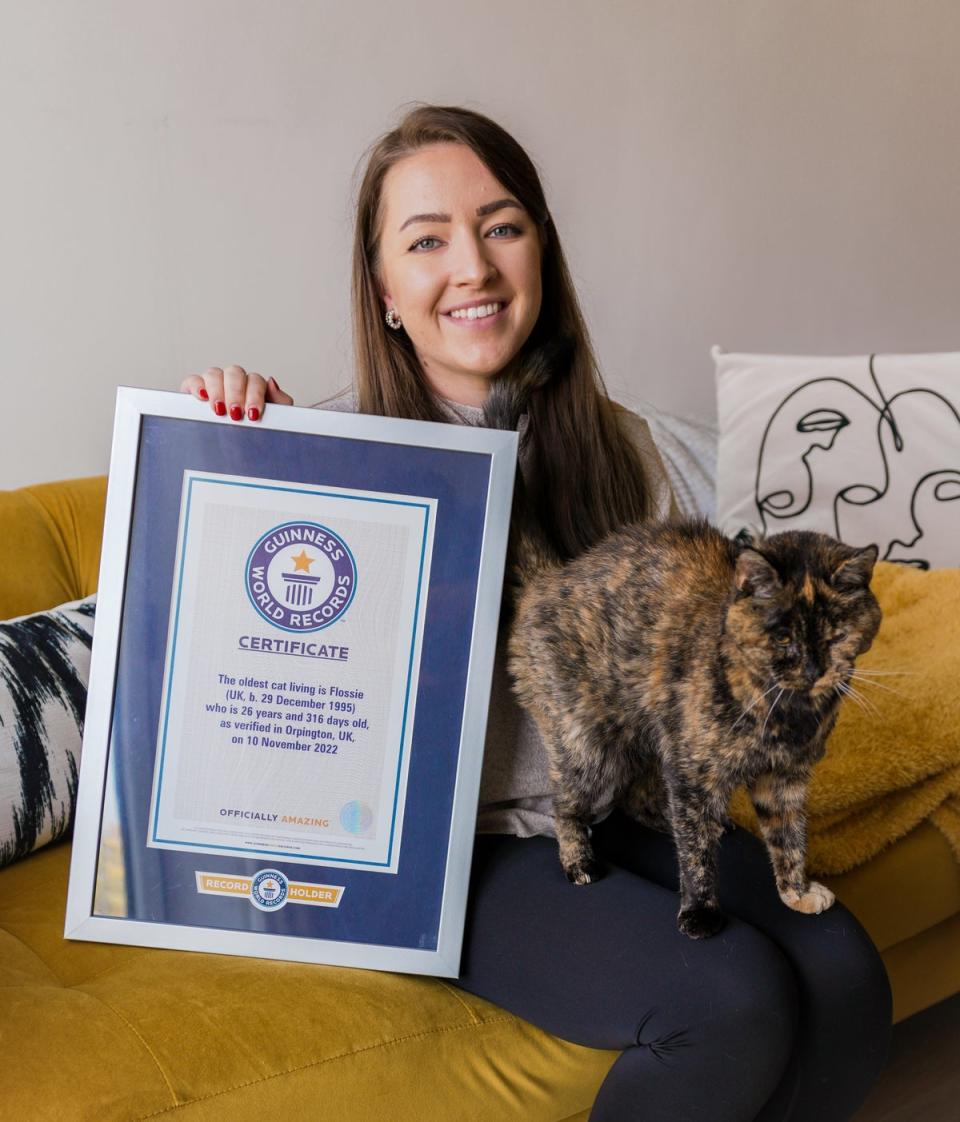 “[Giving her up] was not an easy decision to make.”

Ms Green did not initially know the brown and black kitty was a record holder in waiting and has seen the cat enjoy napping by her owner, curled in a yellow blanket or enjoying food.

"I knew from the start that Flossie was a special cat, but I didn’t imagine I’d share my home with a world record holder,” she said.

"She was loud for the first few nights because she can’t see in the dark and was a bit confused in her new surroundings, but she sleeps through the night now, snuggled on the bed with me.

“She's so affectionate and playful, especially sweet when you remember how old she is. I'm immensely proud that Cats Protection matched me with such an amazing cat."

“She never turns her nose up at the chance of a good meal,” she added.