Michaela Coel has found a mutual stan in Beyoncé.

The Black Panther: Wakanda Forever star, 35, recalled the "slightly insane" experience of receiving flowers from the music icon after winning her first Emmy Award last year for writing the dramatic limited series I May Destroy You, in which Coel also starred and co-directed.

"The big moment was getting home to Atlanta, where I was filming Black Panther," she recounted on a recent episode of The Tonight Show Starring Jimmy Fallon. "I entered my house and there was a huge bouquet of white flowers, and the note said 'Proud of you, X Beyoncé.' "

"I've never met Beyoncé, I've never spoken to Beyoncé, so for her to do that was slightly insane," Coel continued. "I've spent my career paying homage to her."

"In Chewing Gum, there's a photo of Beyoncé next to Jesus Christ that the central character prays to. I've written articles about Beyoncé for The Guardian, but I've never met her, so for her to do that meant a lot," she added. 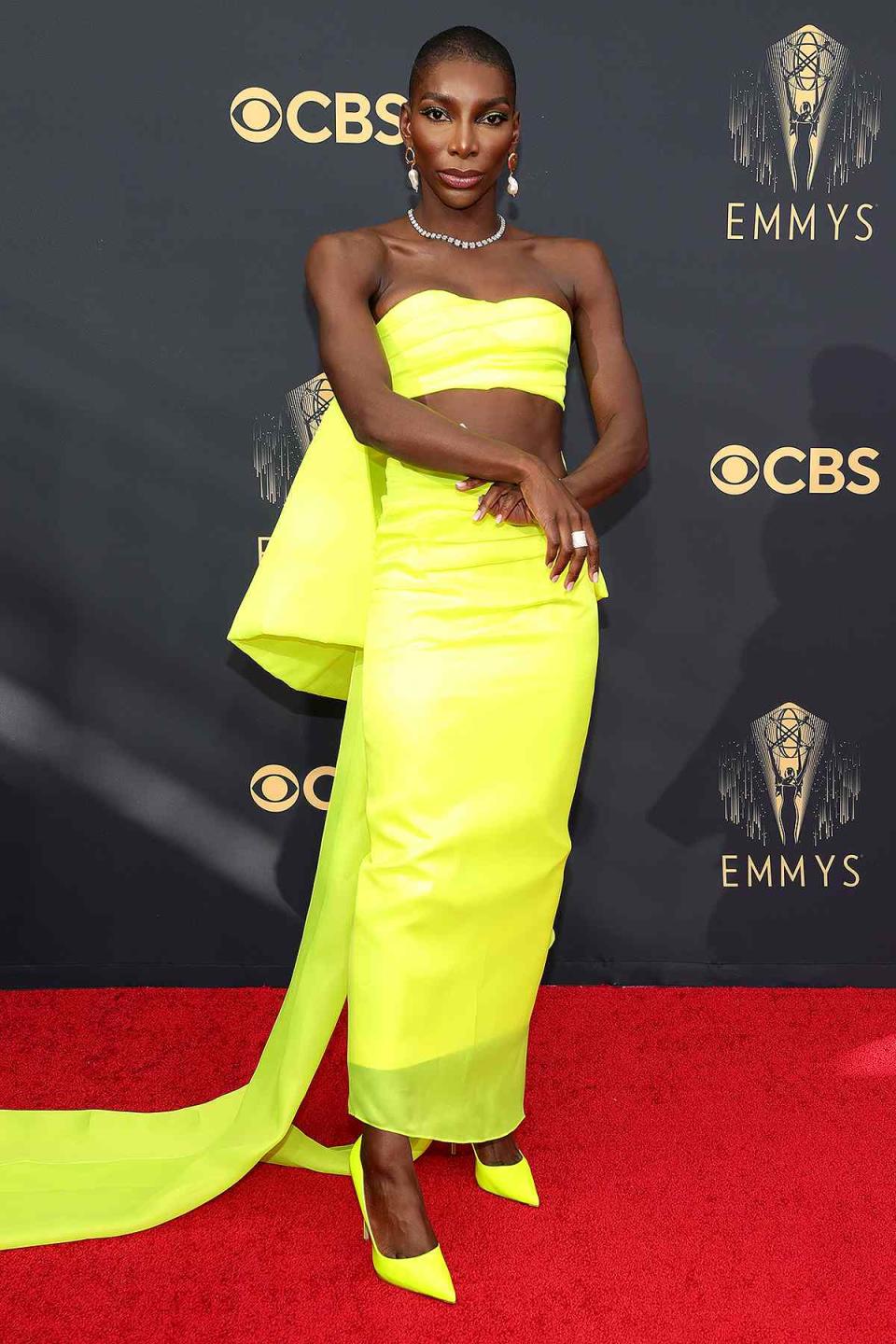 In true icons-supporting-icons etiquette, Coel returned the favor shortly after. "And then she released Renaissance, which was an album and a half. So, I sent her a huge plant and said thank you," she noted.

Coel and host Jimmy Fallon then joked that the new friendship has blossomed "through plants," as Coel added, "And just through the air. 'Cause I don't know how she got my address."

Never miss a story — sign up for PEOPLE's free daily newsletter to stay up-to-date on the best of what PEOPLE has to offer, from juicy celebrity news to compelling human interest stories.

Beyoncé, 41, made the sweet gesture shortly before she included Coel in her roundup of empowering women for Women's History Month last year on her website.

"Their passion and brilliance shone on courts, zoom stages, streaming services, television, books, dance and song. They gave us joy and provided escapism in the midst of an overwhelming year," Beyoncé wrote at the time. "For Women's History Month, we honor the women entertainers (and sports greats) who rose to the occasion in delivering stand out feats that made us all shine."

After her debut series Chewing Gum, which ran for two seasons from 2015 to 2017 and followed the Beyoncé-obsessed Tracey Gordon as she navigates womanhood, Coel received acclaim for 2020's I May Destroy You, about a young woman reeling from the aftermath of her sexual assault.

Coel can next be seen in Black Panther: Wakanda Forever, premiering in theaters Nov. 11.