Lisa Rinna Under Fire For Post About Kathy Hilton’s Daughter

Lisa Rinna Under Fire For Post About Kathy Hilton’s Daughter

Lisa Rinna is not done talking about Kathy Hilton – or her family.

Hilton’s behavior during a cast trip to Aspen was a major storyline on the 12th season of “The Real Housewives of Beverly Hills”, and even though the season wrapped months ago and the reunion is in the can, things have not been resolved among some of the cast members.

On the season 12 episode “We Need to Talk About Kathy,” Rinna claimed that she witnessed Hilton have a “psychotic break” and threaten to “destroy” her sister Kyle Richards. In a confessional, Rinna compared Hilton to “the devil.”

During filming for the RHOBH reunion, Hilton called Rinna “the biggest bully in Hollywood,” and in October 2022, she told TMZ that Rinna is so desperate for storyline on RHOBH that she will throw anyone under the bus.

Rinna has been on a bit of a social media rampage as of late, with posts that seem to be aimed at Hilton. But one post shocked some followers. 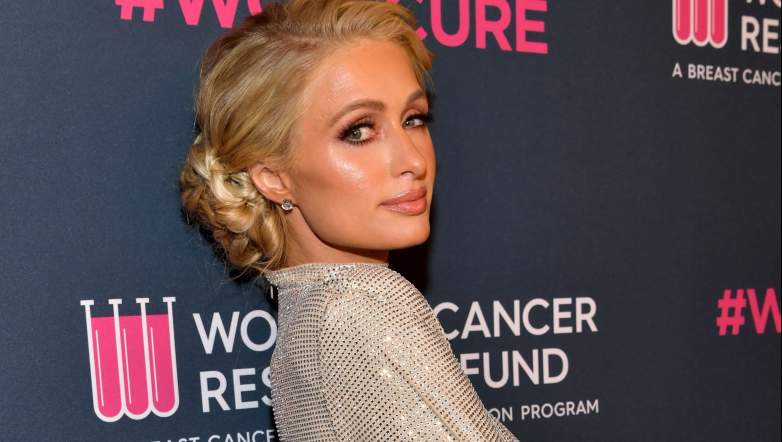 While she has been called a “bully” by adults, Rinna has been vocal about the fact that RHOBH kids should be off-limits. When Garcelle Beauvais’ 14-year-old son, Jax Nilon, was bullied online, Rinna took to her Instagram story to tell viewers to “leave the kids alone.” She called the behavior “disgusting and unacceptable” and said all kids should be “off limits” no matter what their age.

But on October 21, 2022, Rinna posted a screenshot of a comment that referenced Hilton’s daughter Paris and her traumatic experience at the Provo Canyon School when she was a teenager.

Rinna’s post quoted Hilton as calling Rinna a bully, then a response aimed at Hilton that accused her of having her daughter Paris “kidnapped in the middle of the night,” which led to her being abused and sexually assaulted while at the boarding school. The post also claimed that Hilton never apologized when her daughter confronted her. Buzzfeed shared a screenshot of Rinna’s post, which can be seen here.

“I thought you said that kids were off-limits @lisarinna,” one follower tweeted.

When another fan pointed out that Paris Hilton is 41 years old, another wrote, “And Lisa’s kids are 21 and 24. Her husband is also off limits apparently and he’s 70. Age isn’t the issue.”

Others were outraged over the content of Rinna’s reshare. One Reddit user called it “triggering and cruel,” adding, “A grown woman weaponizing another cast member’s child’s childhood trauma / sexual assault against them to millions of people is beyond words. … I hope there are consequences.”

“Lisa is weaponizing Paris’ trauma and sexual assault and that is disgusting. Bravo better fire her after this,” another Redditor agreed.

Paris Hilton first opened up about the trauma she endured as a teen in the 2020 documentary, “This is Paris.” More recently, she told The New York Times that she was forced to submit to “medical exams” in the middle of the night from staffers who were not doctors. Hilton said she “blocked out” the abuse for years but said she now knows it “was definitely sexual abuse.”

According to People, Paris Hilton revealed on “The Tamron Hall Show” that her mother apologized to her after she learned of the abuse at the boarding school.

In addition to her repost about Paris, Rinna also posted a series of quotes and photos on Instagram stories that seemed to be in response to Kathy Hilton’s comments about her.  “I’m a firm believer that the truth will come out,” Rinna posted in one story, per Page Six. ”You might as well save yourself the energy and be honest from the start.”

“I don’t play either,” she added. “Call me as many names as you want. The truth is still the truth.”

She also reshared a series of posts that slammed Hilton, including one that accused the socialite of being a bully herself. “Kathy is a bully to Kyle if we really wanna go there,” one post read. “Wow Kathy is pushing the narrative that this was a setup?” another post read. ”From the club to the house she was set up? She really believes this? At her big age?”

Rinna also shared a comment from a fan who noted that Hilton’s temper was actually mentioned back in season 11. “You don’t say,”  she added.

In addition, Rinna posted a photo of Hilton with her arms around Donald Trump to show that the socialite is on friendly terms with the former President.

READ NEXT: Exclusive: Garcelle Beauvais Reveals if She’ll Come Back to RHOBH