Kendrick Lamar is one of the most talented rappers in the business. His introspective songs and artistic performances have solidified his reputation as a groundbreaking music star. And over the years, he has consistently made strong decisions in support of his artistry. Some of his performances and songs have made headlines as being particularly controversial, with the artist speaking out to defend his music after the fact. Most notably, in 2015, anchor Geraldo Rivera slammed Kendrick Lamar’s BET Awards performance as being “unhelpful,” a tirade that caused the rapper to take the newsman to task.

By 2015, Lamar was one of the most popular stars around, with many hit songs to his credit. That year, Lamar was invited to perform his single “Alright” at the BET Awards. His performance was highly anticipated, but few could have expected just how energetic the moment would end up being. Lamar started out with a strong statement, opening the awards show by standing on top of a police car that was covered with graffiti.

In the background, an American flag waved while Lamar rapped his song, which contains allusions to police brutality and social justice. Attendees and fans alike loved the performance, clapping and cheering for Lamar when he finished. For many, it was one of the most iconic moments in the history of the BET Awards. However, there were a few who believed that Lamar’s performance of “Alright” went a little bit too far.

What did Geraldo Rivera say about Kendrick Lamar and his performance?

In the days after Kendrick Lamar sang “Alright” at the BET Awards, newscaster Geraldo Rivera spoke out on Fox News. He slammed the performance as being “unhelpful.” According to BuzzFeed, Rivera said, “hip-hop has done more damage to young African Americans than racism in recent years.” Lamar was quick to respond to Rivera. “How can you turn a song about hope and turn it into hatred?” he told TMZ.

In true Lamar fashion, he internalized much of the dialogue surrounding his “Alright” performance and turned it into art. He sampled the criticism from news outlets on two tracks from his 2017 album Damn, “Blood” and “DNA.” He even called out Fox News directly in the song “Yah,” rapping, “Fox News wanna use my name for percentage.”

Kendrick Lamar is artistic and inspired 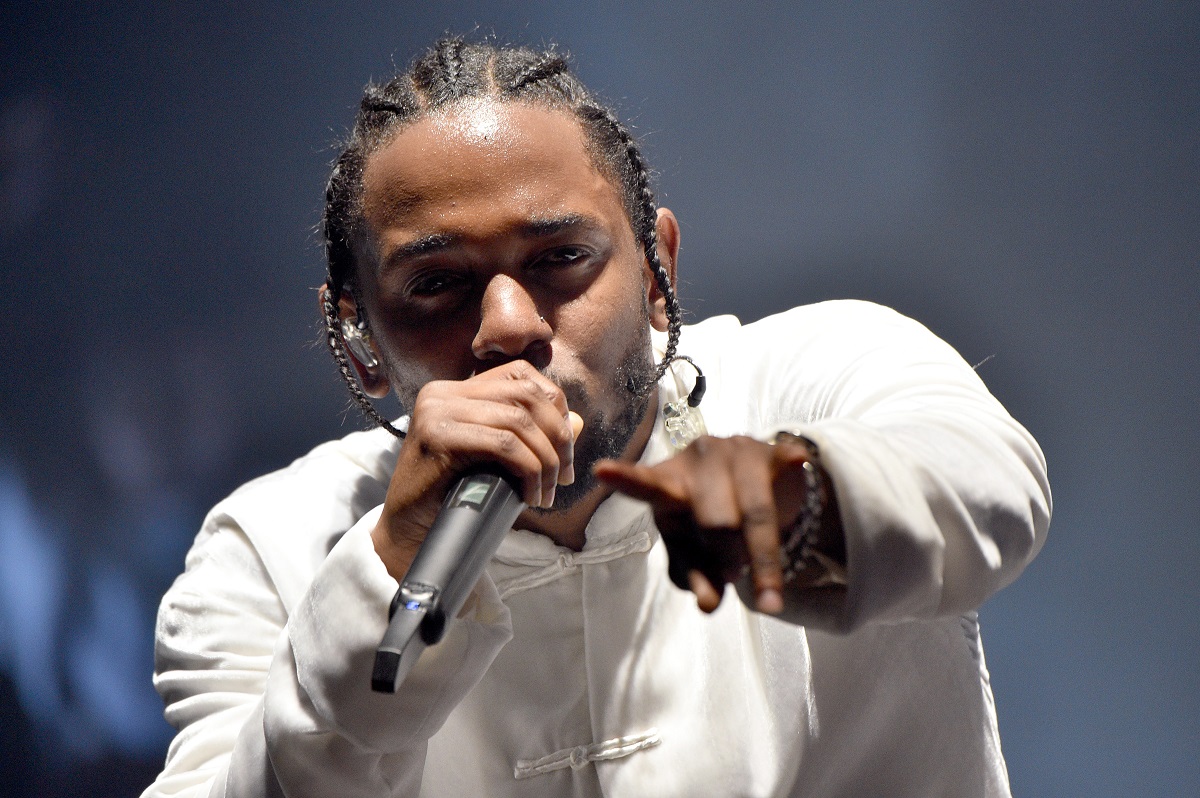 Kendrick Lamar performs on the Coachella Stage during day 3 of the Coachella Valley Music And Arts Festival (Weekend 1) at the Empire Polo Club on April 16, 2017 in Indio, California. | Kevin Mazur/Getty Images for Coachella

Widely considered to be one of the most artistic and lyrical rappers in the industry, Lamar has opened up in the past about how some people consider his lyrics to be too highbrow or intense. While he’s noted that he sometimes feels like he should “dumb down” his lyrics, his commitment to his artistry is stronger than that temptation. When he’s not working on his music, Lamar takes the time to go off the grid.

Speaking about why he appreciates his privacy, Lamar told Citizen magazine that “The person that people see now is the person that I’ve always been. For me, the privacy thing has never been an issue that I had to carry out with full intention. It’s just who I am.”

Lamar went on to describe how “If I feel I have to remove myself, I just remove myself. I won’t complain about it. I won’t cause a big blow-up or a big stir and let the world know that the walls are closing in…. For me, it’s all about being aware of how I’m feeling. If it is too much, let me remove myself for a couple of years.”