Today marks 100 years since the start of the March on Rome, Benito Mussolini’s coup d’état that led to the creation of a 21-year-long fascist regime.

Widely acknowledged as one of the darkest moments in the country’s history, it is upheld by historians and commentators as a prime example of how democracy can be eroded.

As Italy remembers the uprising’s centennial, many wonder: does fascism still remain a threat to the country’s democracy?

What was the March on Rome?

Italy entered the 1920s without having managed to free itself from the shackles of World War One. The country — unhappy with the results of the post-war peace treaties — was ravaged by riots, strikes and political fighting which a weak government was unable to curtail.

Among the newly emerging post-WWI political forces were the fascists, led by a journalist and former socialist, Benito Mussolini.

While fascism’s definition remains debated and controversial, the movement’s early adherents were largely united by an ultra-nationalist ideology rejecting democratic principles and calling for an authoritarian central government.

The movement had grown in size quickly, exploiting Italy’s socioeconomic challenges and the middle-class fear of socialists. Come October 1922, Mussolini realised it was time to seize power.

On the 27th of October, a band of Blackshirts -- the fascist’s paramilitary wing -- encroached Rome. Italy’s then-PM, Luigi Facta, tried to declare a state of siege, but the king refused to sign the order, leading to the government’s surrender in the face of Mussolini’s forces.

By the end of the month, the transfer of power was complete: Mussolini was officially appointed Italy’s new prime minister.

Despite certain hiccups that almost brought his rule to an end, Mussolini consolidated his power in the 1920s through intimidation tactics and electoral reform. He gradually eroded democracy, set up a totalitarian regime, invaded parts of North and East Africa, and eventually allied himself with his ideological pupil who would come to surpass him - Nazi Germany’s Adolf Hitler. 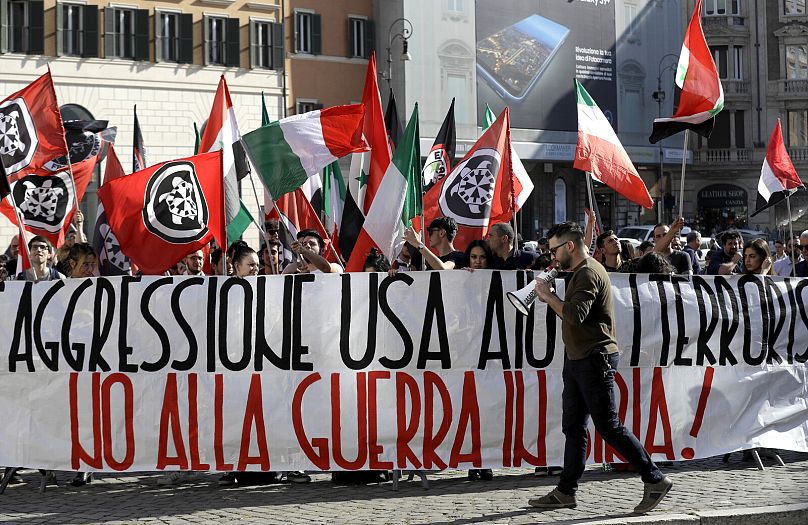 A century later, is fascism still a threat in Italy?

At World War Two’s close in 1945, Mussolini was killed and the National Fascist Party (PNF) disbanded. The monarchy was overthrown the following year, and the country’s first post-war government was led by partisans and anti-fascists. By 1952, a law was introduced banning any fascist propaganda.

This, however, did not kill off fascist ideas.

Thousands of Italians had been part of the fascist regime’s institutional and bureaucratic machine, had harboured open or hidden sympathies for Mussolini himself, or had gone to war on Italy’s behalf.

While some of the more prominent fascists were publicly disgraced or even killed, many former party members or sympathisers re-entered the political establishment.

Among these was one of Italy’s most important post-war prime ministers: Amintore Fanfani. Leader of the moderate Christian Democratic party for parts of the 1950s, 1960s and 1980s, he had been a member of the fascist party and a signatory of the anti-semitic racial laws (leggi razziali) introduced in 1938.

Certain fascists, on the other hand, refused to join the political mainstream and rather coalesced to form their own party - the Italian Social Movement (Movimento Sociale Italiano, MSI), which revived the main tenets of the Fascist Party in all but name.

The MSI enjoyed a fair amount of support in the centre and south of Italy -- and even ended up courting the Christian Democrats themselves -- until it disbanded in 1995 following the collapse of Italy’s major parties.

A teenage Meloni was a youth activist in Rome, and formerly expressed her admiration for Mussolini himself.

Meloni would later rise through the ranks of Italian politics, becoming a youth minister under Berlusconi’s centre-right government from 2008 to 2011, and later the President of Brothers of Italy (Fratelli d’Italia) - a national-conservative party that is seen as the ‘heir’ of the MSI.

While Brothers of Italy was a minor force at first, its popularity grew rapidly during the COVID-19 pandemic, and come the September 2022 general election, it emerged as Italy’s biggest party.

So does fascism remain an enduring problem in Italy?

Some critics point to the election of the country’s most far-right government since the end of the war and its own cabinet ministers’ backgrounds as an example of the threat the ideology continues to pose.

Other members of Meloni’s cabinet also have similar backgrounds. Daniela Santanchè, the new tourism minister, formerly told a rally that “I’ll proudly call myself a fascist, if being a fascist means kicking out all the illegal immigrants.”

Three of Mussolini’s own descendants, who proudly carry his surname, are also active members of Italian politics.

The most famous, Alessandra Mussolini, has been elected to the European Parliament and sparked a major furore in 2006 after she said “better a fascist than a f*ggot” on national television.

To make matters worse, the more radical neo-fascist movements -- CasaPound the most prominent of these -- still engage in public, often violent, demonstrations. 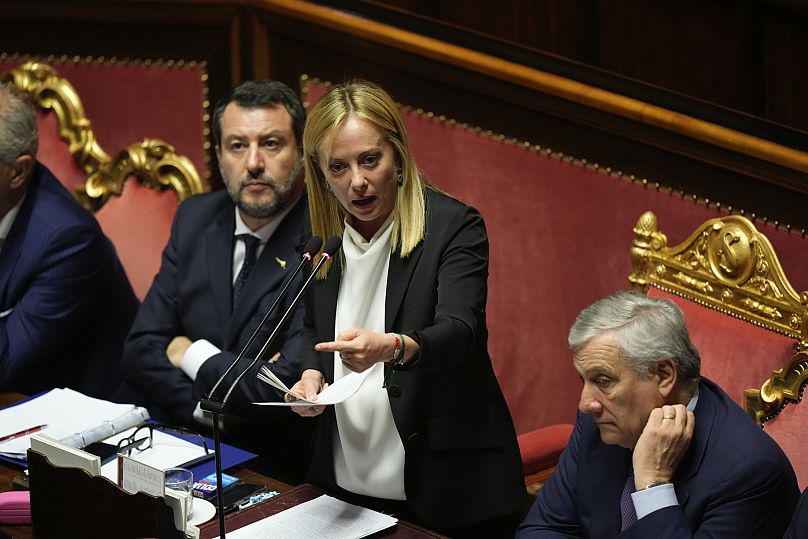 A common myth of the “good Italian” -- whereby Italians were innocent bystanders dragged into the war -- has permeated Italian popular culture and led to significant historical revisionism and whitewashing of the country’s fascist past.

Liliana Segre, a Jewish-Italian senator for life and Holocaust survivor, has frequently warned of the risk of fascism in Italy, and lamented the lack of a strong anti-fascist movement in the country.

It is worth noting that Meloni has publicly distanced herself from Fascism, explicitly denouncing the ideology in her maiden speech to parliament this Tuesday.

"I have never felt any affinity for anti-democratic regimes... including fascism," she said, calling Mussolini’s racial laws “the lowest point in Italy's history” and a “disgrace that will mark Italian people forever".

Many members of Meloni’s right-wing coalition, including the Northern League movement’s leader and Deputy PM Matteo Salvini, have rejected the notion that fascists still exert any noticeable power in Italy, describing them as a “thing of the past”.

But how far can their claims be said to be true?

To assess whether fascism poses a genuine threat to Italy’s democracy, Euronews has spoken to two academics who are experts in the field. 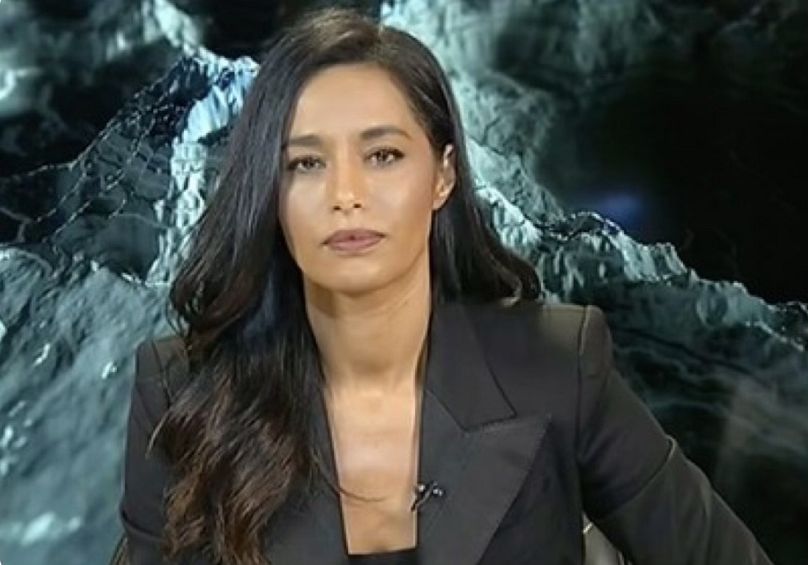 The ‘March on Rome never ended’

Journalist Rula Jebreal is among those who see fascism as an enduring threat in the country, pointing to the new Meloni-led far-right government as a prime example of this.

“The threat [of fascism] is real, and the highest that Italy’s constitutional democracy has known since World War Two,” she told Euronews.

A Palestinian-born award-winning journalist and academic specialising in the correlation between propaganda and genocide, Jebreal moved to Italy for her studies and ended up becoming one of the country’s most recognisable commentators, landing a coveted spot as co-presenter of Italy’s Sanremo televised singing contest in 2020.

Jebreal’s position as a woman of colour in the Italian spotlight and victim of targeted harassment campaigns from far-right trolls and politicians - including from the Brothers of Italy party itself - has informed her view.

“Fascism started with words, with propaganda and the weaponisation of information, and the criminalisation of entire group of people,” Jebreal remarked.

Most recently, Jebreal received a torrent of criticism after a social media post in which she highlighted Meloni’s father’s criminal past — which she claims was intended to highlight the far-right’s hypocrisy in judging people, such as migrants, from their background.

“I represent everything they’re fighting against,” she stated. “I’m a woman of colour, I’m a Muslim and a vocal critic of their policies.”

“Meloni herself has been a promoter on multiple locations of the great replacement theory” -- a false conspiracy which suggests there is a deliberate effort by “leftist elites” to replace white Europeans with non-white immigrants -- Jebreal stated.

“Meloni’s language may have softened, but the facts speak louder than the rhetoric,” Jebreal claimed, pointing to the appointment of hardline ministers in Meloni’s cabinet.

For Jebreal, however, it is not just the rise of the far-right that is concerning, but the left’s complacency too. Much like in the March on Rome, where Italy’s democratically-elected PM surrendered to fascist troops, Jebreal feels there is a “crisis” among liberal journalists, who have not done enough to address the issue, this allowing extremism to advance.

“[Liberal politicians and journalists] have invested more energy into criticising my tweet about Meloni than her own past,” Jebreal lamented.

Commenting on Meloni’s success, Jebreal felt that -- much like in the 1920s -- far-right forces manage to use socioeconomic challenges to their advantage.

“Meloni exploited all the flaws in the system, but especially the alienation of Italian citizens against democracy,” she summarised. “There’s never been real accountability in Italy for being fascists. The march on Rome has never ended - they’re still marching.” 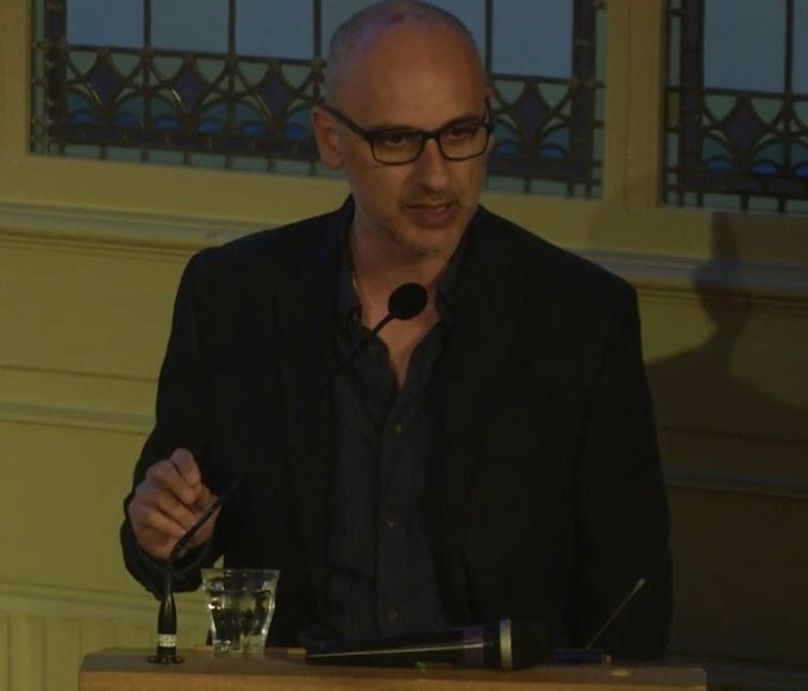 Another keen observer of political developments in Italy is Andrea Mammone, a Professor of Contemporary History at Rome’s Sapienza University.

One of Italy’s pre-eminent experts in the history of Fascism and far-right politics, he has authored numerous books and papers on the subject.

Unlike Jebreal, Mammone does not see an imminent threat to Italy’s democracy.

“At least not in the short run,” he told Euronews. “Political institutions are strong. A drift towards fascism would need years.”

“I see more problems in the US, where the Republicans are not accepting the result of a genuinely democratic election,” he added, pointing to the storming of the Capitol by a pro-Trump mob on 6 January 2021.

Mammone did believe that a Meloni-led government would have negative repercussions for Italy, but not in terms of direct attacks on the country’s democratic framework.

“[The threat] is more in terms of xenophobia against minorities,” he said.

Where Mammone and Jebreal agree, however, is in the way fascist rhetoric and symbolism have been normalised in Italian society.

“Italy has developed the idea of ‘italiani brava gente’ [‘good Italians’],” he stated, referencing the common myth of Italian innocence during the Holocaust. “In the last two decades, since Berlusconi joined politics, criticism of anti-fascism prevailed,” he stated. One example: Brothers of Italy’s longstanding opposition and hostility towards celebrating Italy’s Liberation Day, which commemorates the Resistance.

“We are experiencing historical revisionism legitimising fascism,” he said. “[Meloni] will lead to a further rehabilitation of fascism.”