"It was really cool for Novak Djokovic to be there, he came and congratulated all of us" - Vasek Pospisil after Canada's 2022 Davis Cup win

"It was really cool for Novak Djokovic to be there, he came and congratulated all of us" - Vasek Pospisil after Canada's 2022 Davis Cup win

Although Vasek Pospisil didn't get a chance to play in the finals of the 2022 Davis Cup, courtesy of Denis Shapovalov and Felix Auger-Aliassime, he remained a vital contributor to the team's success throughout the campaign.

Shapovalov and Auger-Aliassime won their singles matches against Australia's Thanasi Kokkinakis and Alex de Minaur, respectively, to give Canada their maiden Davis Cup title on Sunday. Pospisil was set to team up with Auger-Aliassime to take on Jordan Thompson and Max Purcell in the third match of the day, but they didn't need to take to the court for their contest.

21-time Grand Slam champion Novak Djokovic was also present at the venue along with his eight-year-old son Stefan. In a press conference after the trophy presentation ceremony, Pospisil stated that he had the opportunity to speak to the 35-year-old Serb. He further said that Djokovic personally congratulated every member of the team.

"Yes, I spoke with him. He messaged me that he was coming. Then he messaged me that hee was running a bit late and wasn't going to see me before the match. I was like, "Okay, cool." Yeah, I ended up not needing to play," Vasek Pospisil said. "It was really cool for him to be there. He came and congratulated all of us afterwards, which is really cool. He's also obviously someone that knows what it's like to win the Davis Cup. It was cool to see him here," he added.

Canada were one of the two wildcard entrants into the 2022 Davis Cup, with Great Britain being the other. In the quarterfinals against Germany, Pospisil and Shapovalov defeated Kevin Krawietz and Tim Puetz 2-6, 6-3, 6-3. When Canada took on Italy in the semifinals, Pospisil partnered with Auger-Aliassime to beat Matteo Berrettini and Fabio Fognini 7-6(2), 7-5.

"At the beginning of the week, it kind of felt like we were going to win" - Vasek Pospisil 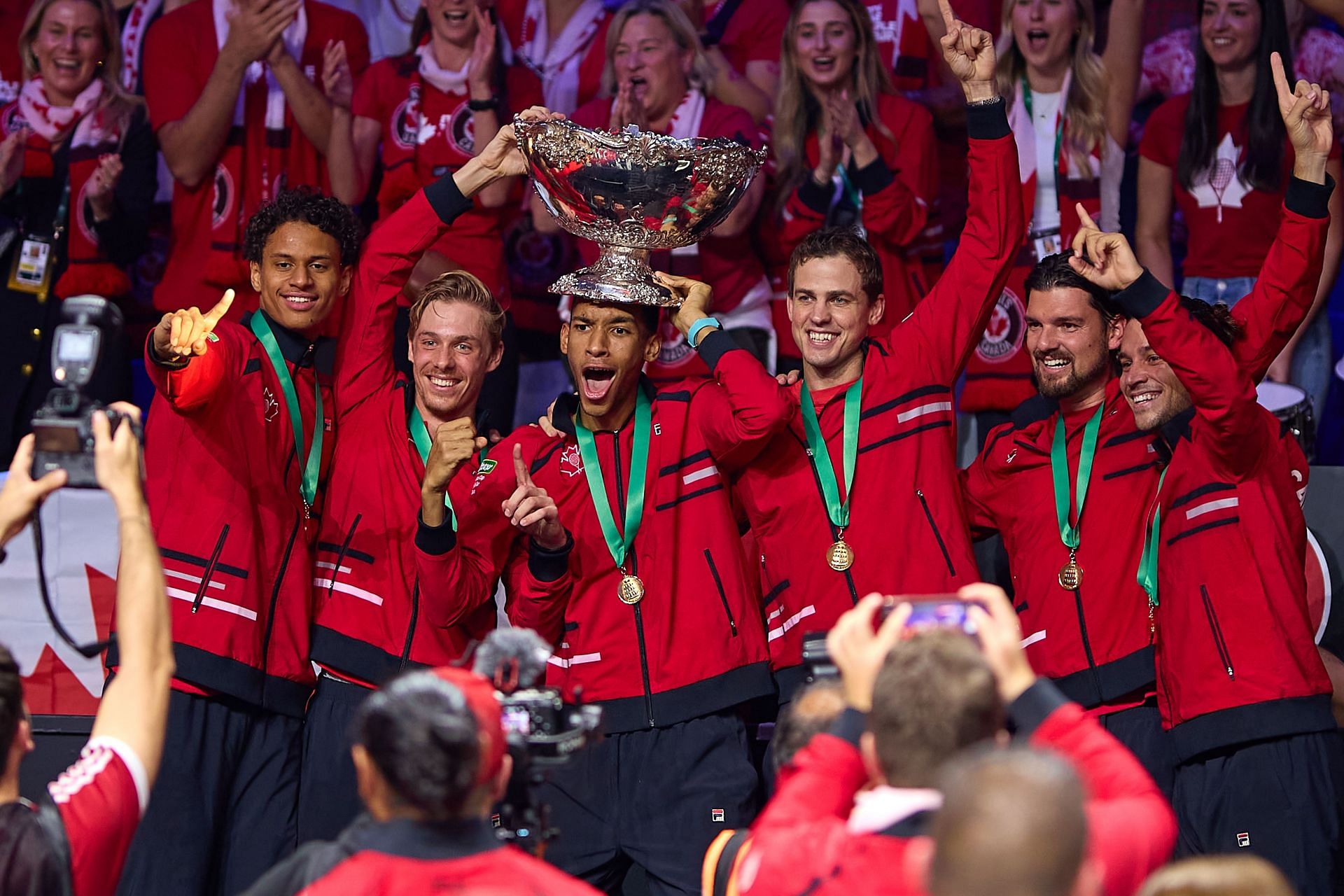 Canada lifted their first-ever Davis Cup title on Sunday by beating Australia 2-0. They went one step further than in 2019 when they reached the final before losing to Spain.

In a press conference, Vasek Pospisil expressed his satisfaction and labeled the victory "a top career achievement." He also revealed that he had a feeling that Canada was going to win throughout the week.

"It's incredible, definitely a top career achievement to win the Davis Cup. I think it just means so much more, I mean, it's Davis Cup. You're playing for your country. Also, your teammates. Every match if you're on the court, there is so much more on the line. It feels so much more important. Over the years, we have just slowly been growing closer and closer to getting the title," Vasek Pospisil said. "At the beginning of the week, it kind of felt like we were going to win it. I don't know. Just kind of this feeling that I had. Maybe some of the other guys had too. What a way to end the year. Not much more to say. It's Davis Cup and we are the champions, world champions," he added.