IndyRef2 Has Been Shot Down By The Supreme Court. So What Next?

IndyRef2 Has Been Shot Down By The Supreme Court. So What Next? 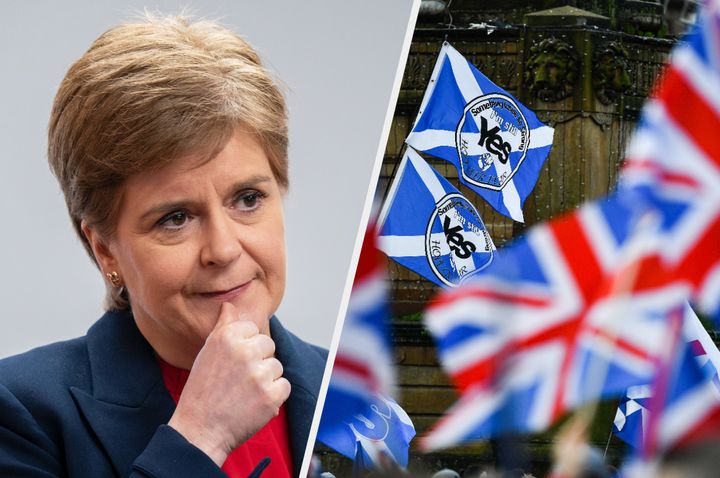 The campaign for a second Scottish independence referendum has just hit a major obstacle.

The UK’s Supreme Court ruled on Wednesday that the Scottish parliament cannot hold a second public vote on leaving the UK (often dubbed IndyRef2) unless it has Westminster’s backing.

First minister Nicola Sturgeon had intended to hold a vote on Scottish independence on October 19, 2023 – but now her plans appear up in the air.

So what will happen next? Here’s what you need to know.

What did the Supreme Court say?

The panel of five judges unanimously ruled that constitutional matters such as independence are “reserved” for Westminster, as laid out in the Scotland Act 1998.

This means that although there is a devolved parliament in Scotland, devolution laws do not give it the right to decide on issues of this nature.

It came after a two-day hearing in October over whether Holyrood could pass a Scottish Independence Referendum Bill next year, where Supreme Court heard arguments from both the UK and Scottish governments.

The Supreme Court did refuse to express a view on the political question of whether Scotland itself should become independent.

What will Sturgeon and the SNP try next?

Sturgeon and her party, the Scottish National Party (SNP) have made it clear this is not the end of the bid for IndyRef2.

The first minister claimed that the mandate for independence in Scotland is “undeniable”, because there is a majority of pro-referendum MSPs in Holyrood.

Sturgeon said: “This judgement raises profound and deeply uncomfortable questions about the basis and future of the United Kingdom.”

She claimed the Union cannot be described as a partnership “in any way at all” now it’s clear Scotland cannot voluntarily decide on its future.

Sturgeon also said the Supreme Court ruling, based on Scotland Act of 1998 – which allowed a devolved parliament in Scotland, Wales and Northern Ireland – is not consistent with Scottish democracy.

The independence campaign will focus on the next national election instead.

Sturgeon said that while she respects the ruling from the Supreme Court – as a democracy they will always be guided by the rule of law – the SNP will make the next general election a “de facto referendum” on Scottish independence.

Critics will likely claim that the next election is not a single issue campaign, but about choosing a government.

Sturgeon said there will now be a special party conference for a proposed de facto referendum and the SNP will launch campaign in defence of Scottish democracy.

The first minister claimed she was ready to make a deal with Downing Street at any point.

“I stand ready, at any time, on an adjustment to the devolution settlement, which would allow a referendum,” Sturgeon said.

However, she said she will not “cap in hand” to Westminster to change its mind.

Instead, Sturgeon predicted Westminster to continue with “democracy in denial”, but noted that as longer the UK government resists, the more likely Scots will vote to leave when the moment comes.

“SNP is not abandoning the referendum route – Westminster is blocking it.”

Still, there’s no expectation that the Scottish parliament will try to hold a referendum now, without Westminster’s legal backing.

First Minister Nicola Sturgeon says she is disappointed by the Supreme Court independence powers ruling, that she will respect it, but says it seems the devolution settlement is inconsistent with "any reasonable notion of Scottish democracy"

Could Westminster give in?

Westminster has repeatedly refused to grant any leeway to Holyrood.

Responding to the Supreme Court’s ruling, the UK government said it was “obvious” that such issues fall to Westminster, as set out in devolution laws.

It has been resisting Sturgeon’s calls for Indyref2 for years, with former prime minister Boris Johnson repeatedly dismissing her claims by recalling that Scotland had an independence vote less than a decade ago.

The first public vote on leaving the Union took place in 2014, and 55.3% voted to stay as a country with England, Wales and Northern Ireland.

There was a high turnout too, with 84.59% of the electorate casting a vote.

But independence campaigners argue that Scottish voters wanted to stay in the EU by a large margin of 62% to 38%. And the recent economic turmoil stemming from Westminster’s decisions don’t help either, especially as the UK tumbles into a recession.

While relations between Sunak and Sturgeon seem more cordial than those with previous Tory PMs, Westminster is still trying to move on quickly from the Supreme Court ruling and act as if the issue is settled. 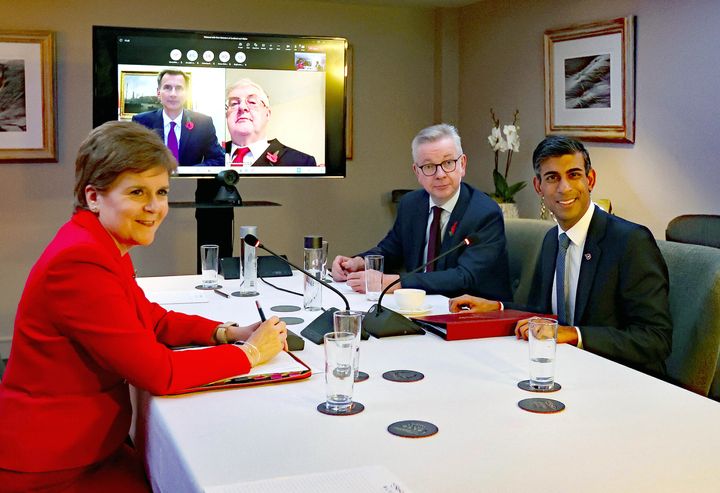 Responding to the Supreme Court ruling, the Scottish secretary Alister Jack said: “As the prime minister has made clear, we will continue to work constructively with the Scottish government in tackling all the challenges we share and face.”

Sunak has also previously described the independence referendum as a “quite frankly barmy idea” which he could not see himself backing. He has repeatedly acknowledged that the union is a voluntary one, a claim independence campaigners will now question.

And, as the BBC’s chief political correspondent Nick Eardley pointed out: “If the Scottish Parliament keeps voting for a referendum, can the UK government keep saying no?”

Downing Street are likely to rely on uncertainties such as what will happen to Scottish currency and pensions if Scotland goes independent in its arguments to undermine IndyRef2.

Critics have also asked what would happen if an independent Scotland rejoined the EU, as there would be a hard border between the EU and England – replicating the difficulties already faced by Northern Ireland and the Republic of Ireland.

What about public support in Scotland?

Dr Emily Gray, head of polling at Ipsos Scotland, told BBC’s Politics Scotland programme on Wednesday: “For pro-independence parties, this will be seen as another unfair block in the way of Scottish democracy.”

She said it “isn’t going away”, as public opinion in the polls “haven’t really moved this year” – the Scottish electorate are still split in half over going independence.

And, a YouGov poll from June found Scots are just as split as they were in 2014 with 45% voting for independence and 55% against it.

But, British Social Attitudes survey in September for 52% of Scots now want to leave the UK, showing support is fluctuating.

Gray continued: “From a public perspective, when we’ve polled on this recently the only route that a clear majority sees as legitimate is a referendum that both the Scottish government and the UK have agreed to.”

There is also a majority in favour of a second referendum in the Scottish Parliament after 2021′s election.

Both the SNP – Sturgeon’s party which is currently in the majority in Holyrood, alongside the Greens, together have 72 of 129 seats in the Scottish parliament.