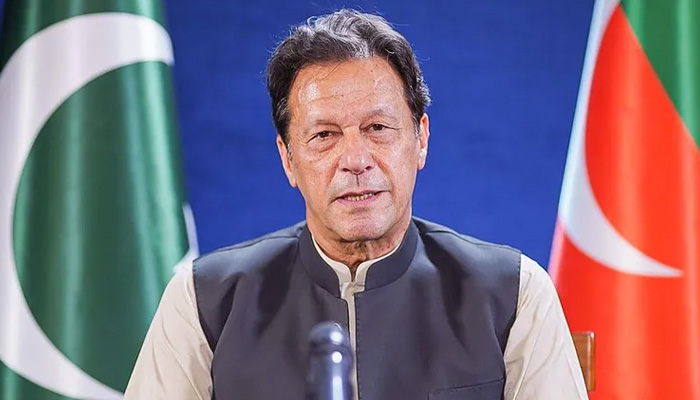 The Election Commission of Pakistan has disqualified Imran Khan in a case where it was alleged that he had mis-declared his assets in the yearly declaration of assets and liabilities that must be filed by all parliamentarians. It was alleged that he had obtained valuable items from the Toshakhana and failed to mention them in his statement of assets and liabilities filed in 2019.

This order of the ECP has kicked up a political storm but all celebrations and lamentations are premature. The order of the ECP is without jurisdiction and likely to be set aside when challenged.

Why is this so? The disqualification of a parliamentarian for mis-declaring their assets or qualifications stems from a violation of Article 62(1)(f) of the constitution. As most people already know, this is the ‘Sadiq and Ameen’ provision. However, in the 18th Amendment of the constitution, parliament amended this provision to say that a declaration that a person is no longer Sadiq and Ameen has to be made by a court of law.

The ECP is not a court, and, hence, it cannot make a declaration that a parliamentarian is disqualified under Article 62(1)(f). It would be useful to note that the term ‘court’ in the current circumstances means either the Supreme Court or a high court, which are the courts created by the constitution, or courts created by law such as the regular criminal and civil courts, or election tribunals.

It is interesting that even though the Supreme Court has decided a large number of cases stating that only a court can disqualify a parliamentarian under Article 62(1)(f), the ECP regularly issues such orders. A recent example is the disqualification of Faisal Vawda in the dual citizenship case. In most of these orders, the ECP states that it has inherent power pursuant to Article 218 of the constitution to pass such orders. Article 218 states the mandate of the Election Commission of Pakistan -- to conduct free and fair elections.

The Supreme Court in the Muhammad Salman case has recently decided that Article 218 does not vest any such jurisdiction upon the ECP. How is it then that the ECP continues to pass such orders? The ECP leans on the case of Muhammad Rizwan Gill, in which the Supreme Court directed the ECP to initiate action against parliamentarians who had used forged or fabricated degrees to establish their qualification. It seems the ECP believes that through this judgment the Supreme Court has expanded its powers to an extent enabling it to disqualify parliamentarians for mis-declarations.

The ECP makes similar reliance on the case of Mian Najeeb-Ud-Din Owais and Sher Alam Khan. It is quite dumbfounding why the ECP still makes such reliance on these judgments since the Supreme Court in the case of Muhammad Salman has explained that these judgments do not empower the ECP to disqualify parliamentarians under Article 62(1)(f), but instead, the Supreme Court had made the disqualifications itself, exercising powers under Article 184(3).

Interestingly, there appears to be the talk of the ECP holding that Imran Khan is disqualified under Article 63(1)(p), which states that a person would be disqualified from being a parliamentarian if he is so disqualified under any law in force. We will have to wait for the detailed order to see how the ECP has used this provision because it seems like it would be impossible to seek its support without reference to there having been a mis-declaration, and hence, a lack of qualification under Article 62(1)(f). As stated above, the ECP cannot make a declaration that a parliamentarian is not qualifying under Article 62(1)(f).

So, what happens now? Obviously, Imran Khan would be thinking of challenging this order. The proper forum for this challenge would be either the Lahore High Court -- since Mr Khan was an MNA from Mianwali, Punjab, when he filed the relevant statement of assets and liabilities, and the Lahore High Court has jurisdiction over causes of events arising out of there -- or the Islamabad High Court, which has jurisdiction over Islamabad, where the proceedings took place and the order was passed.

The PTI chairman must be feeling confident of his ability to obtain relief from Islamabad High Court as he has had success at the said forum. However, it would be interesting to see how he decides on the forum, as the IHC in the case of Vawda has upheld the order of the ECP disqualifying him for making a mis-declaration.

The writer is a lawyer based in Lahore, with degrees in law from LUMS and Georgetown University. He can be reached at: