I’m A Celebrity returning with ‘most elaborate entrance to date’

I’m A Celebrity returning with ‘most elaborate entrance to date’ 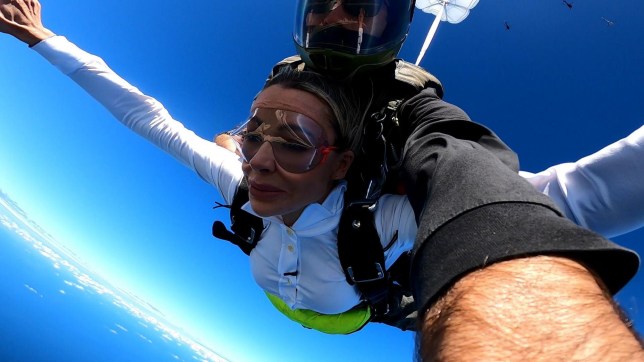 The contestants will be put through their paces (Picture: ITV / Shutterstock)

The return of I’m A Celebrity… Get Me Out Of Here! certainly won’t be easing our celebs into the new series as the opening episode will see them take part in one of the nail-biting entrances yet.

This will be the first series filmed in the Australian jungle since 2019 as the past two years were shot at Gwrych Castle in North Wales due to Covid-19 travel restrictions.

To mark its grand return, the show has said it is opening with ‘one of the largest and most elaborate entrances to the jungle camp to date’.

The first episode is set to be bigger and better than ever (Picture: James Gourley / ITV / Shutterstock)

We will see the stars enter the jungle camp tonight – though all is not what it seems (Picture: James Gourley / ITV / Shutterstock)

After the arrival of hosts Ant McPartlin and Declan Donnelly at each location, the celebrities learn that the public has been voting to name ‘Jungle VIPs’ and who they want to see have the toughest journey into camp and face the first trial.

The contestants will then face their first trials of the series, with Scott, White and Aleshe challenged with the show’s new version of the infamous plank.

This time the campmates will attempt to walk to the edge of the plank 334ft in the air and once all are in position, they must take a step forward onto the ledge so they are leaning forward and facing the extreme drop to the ground.

They must hold the position for a minute and then release their supporting rope which will send them plunging from the ledge in order to each win a coveted star.

The unwitting celebs will walk to the edge of the plank 334ft above ground (Picture: ITV / Shutterstock)

As part of the task, they must step to the edge of the plank and face the deadly drop (Picture: ITV / Shutterstock)

Elsewhere, Attwood and Moyles will face the ultimate leap of faith as they are tasked with jumping out of a plane.

The remaining campmates – Tindall, Cleaver, and Warner – will be put to the test on the ‘Critter Cruise’ where they must each try and secure a star from a boat’s mast by completing a challenge.

Among the obstacles to unlocking the stars is a code that Tindall must break and a ‘hell hole’ of critters where Cleaver must search for fish eyes.

The celebs will be split into three groups to face different hair-raising feats (Picture: ITV / Shutterstock)

Olivia Attwood and Chris Moyles will soar through the skies as they jump from a plane (Picture: ITV / Shutterstock)

Meanwhile, Cleaver will have to remove bolts from a blocked pipe while battling bugs and grime.

Also confirmed to be joining the contestant line-up this year during the series is former health secretary Matt Hancock, which caused the MP for West Suffolk to have the Tory whip suspended and come under fire from across the political divide after opting to join the show at a time when Parliament is sitting.

He previously told The Sun he wants to use the ‘incredible platform’ on the show to raise awareness of dyslexia and insisted it ‘wasn’t the cheque’ that made him decide to join the programme.

I’m A Celebrity… Get Me Out Of Here! returns tonight at 9pm on ITV and ITV Hub.

MORE : What time is I’m A Celebrity on tonight?

MORE : Is Matt Hancock still an MP as he signs up for I’m a Celebrity 2022 and what is his constituency?

MORE : I’m A Celebrity: What is trench foot, which may rule Matt Hancock out of some challenges?