I'm A Celebrity: Owen Warner's best one-liners from his time in the jungle

I'm A Celebrity: Owen Warner's best one-liners from his time in the jungle 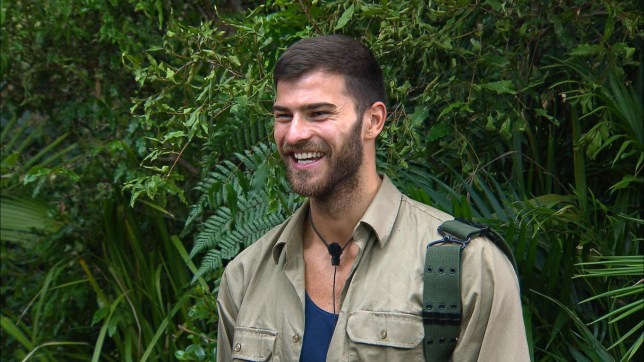 Over the weeks Owen Warner lasted in the I’m A Celebrity… Get Me Out of Here! jungle, the Hollyoaks actor proved he was the gift that keeps on giving.

Having outlasted the likes of Charlene White, Boy George and Seann Walsh in the jungle, he was a clear camp favourite and on Saturday the soaps star transformed into a superhero alongside Jill Scott, Mike Tindall and Matt Hancock, as he made it into the final four and took on the highly-anticipated Celebrity Cyclone.

During their final night in the jungle, Owen devoured his hamburger and feast, finally getting his hands on the food he’d been thinking about his entire jungle experience.

And on Sunday, the 23-year-old, having made it into the final two, got to watch back some of his highlights from jungle life – including the realisation Chris Moyles wasn’t a professional dancer

After an epic jungle stint and coming second to Jill in the final, we’ve taken a look back at some of Owen’s most hilarious moments while in the jungle.

Not longer after failing to spell Coq Au Vin during a dingo dollar challenge with Jill, Owen learnt that he’s been saying ‘jet lag’ wrong his whole life.

Babatunde had been talking about jet-lag, to which Owen replied: ‘Jet-lag? I thought it was jet-lack, C K.

‘Why has no one corrected me?’

Charlene was left chuckling while Babatunde reassured: ‘I mean, you know now!’

When he explained fingers are ‘just little arms’

In one of the most revelatory camp chats, Owen explained to the rest of the camp that his fingers were ‘just like little arms’.

‘Have you ever noticed that your fingers are just like arms on the end of your arms?’ he explained to a baffled Scarlette and Chris.

He later explained in the Bushtucker Telegraphy [pointing to his knuckles]: ‘So these, there’s your elbow, there’s your wrist. They’re just arms on the end of arms.’

While Mike made history as the camp’s first ever royal, not everyone knew how he was linked to the King, it seems.

Mike had been telling the camp about how he met Zara, explaining: ‘In Sydney, in 2003, I was in the World Cup and she was out watching.’

Owen then chimed in with: ‘Is she Australian?’ to which Mike quickly replied, ‘No.’

It didn’t end there, as later on, Owen spoke in the Bush Telegraph about Mike’s sweet story, saying it was ‘lovely’ to hear about how Mike ‘met his missus Lara.’

This may not be one of Owen’s lines, but it was still unforgettable.

During one afternoon in camp, radio presenter Chris Moyles somehow convinced Owen he was a ‘three time world champion dancer’.

‘It’s just too easy,’ Chris said in the Bushtucker Telegraph.

Even Jill chimed in with convincing Owen Chris had been on Strictly Come Dancing, and even apparently met Scarlette there.

‘Will you teach my some ballroom?’ Owen asked Chris, in awe.

Owen thought A Place In The Sun was an actual place (Picture: James Gourley/ITV/Shutterstock)

When all the celebrities met each other for the first time, Owen was left a little baffled by Scarlette, after she said she came from A Place in the Sun.

As Scarlette arrived, ‘She’s from A Place In The Sun,’ a keen George told the soap star, who was somewhat bewildered and clearly not a daytime telly fan.

Owen asked: ‘Whereabouts?’, to which George replied: ‘No, like the TV show.’

Moments before getting confused about Scarlette, Owen managed to offend Boy George by asking about his real name.

Stepping off the boat, Owen had asked Sue for her name, before then turning to pop icon Boy George and asking the same question.

I’m A Celebrity… Get Me Out of Here! continues tonight at 9pm on ITV.