The Witcher: Blood Origin sets the clock back 1200 years before The Witcher to tell the story of the first prototype Witcher, and explore the events that build up to conjunction of the spheres — the world-changing incident that mashed the spheres together, melding the planets of monsters, men, and elves.

The four-part adventure series, now streaming 0n Netflix, is led by Sophia Brown and Laurence O’Fuarain, who play Éile and Fjall, two warriors estranged from their opposing clans and bonded by a shared goal of eliminating an evil empire that threatens the future of the land. As their journey progresses, Michelle Yeoh’s mysterious elven sword master Scían joins the mission, along with Francesca Mills’ Meldof, Zach Wyatt and Lizzie Annis as celestial twins Syndril and Zacaré, and Huw Novelli’s Brother Death.

Joining them in the grand ensemble cast is Mirren Mack as Princess Merwyn and Lenny Henry as Chief Sage Balor, both of whom play a pivotal role in the growing plague of oppression and fear spreading across the land, which, showrunner Declan de Barra told Rotten Tomatoes, is, “an Elven world that is at its height.”

“It’s pre-conjunction, pre-colonization,” he continued. “The elves in The Witcher lost the run of themselves; they are disconnected from their past and have an almost mythologized version of it.” 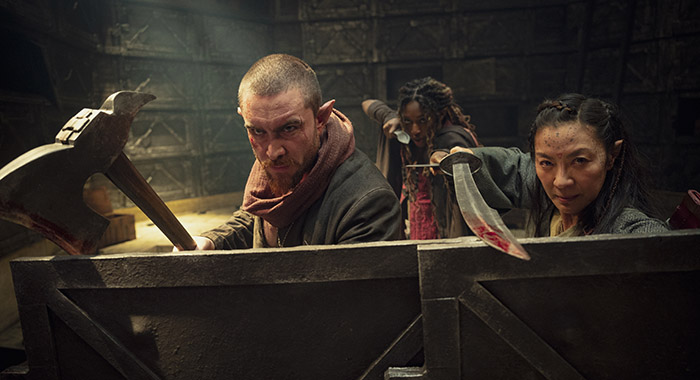 The idea that Witcher characters like Geralt de Rivia (Henry Cavill) and his best bard pal Jaskier (Joey Batey, who reprises his fan-favorite role here) have been operating on a false idea of their history and legacy is, obviously, a profound one. And it’s that concept that drives the core of the new series.

The connection between Witcher present and Blood Origin’s unknown past unfolds through a long-lost tale being told to Jaskier by a shapeshifting storyteller named Seanchaí, played by Minnie Driver.

She is the narrator of this four-episode series, and as Driver admitted, it was the theme of stories, and their importance in our understanding of our world and ourselves, that drew her to the project.

“The tradition of storytelling, and narratives is so much a part of our culture now, but it is also clearly so much part of ancient human culture,” she explained. “In this Witcher world, our stories are who we are. And I love the idea that Blood Origin goes back to the inception of the first Witcher. Whether you understand the Witcher universe and you watch the show, or not, you can watch this show and use it as a really good jumping off point.” 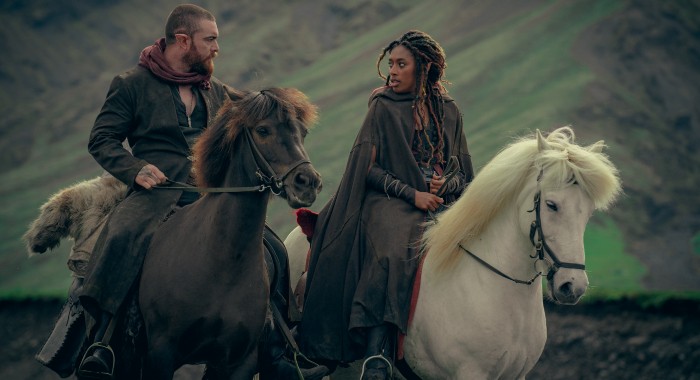 Speaking on the story being told to Jaskier, the one unfolding amongst the Blood Origin characters, and the narrative unfolding for the audience at home, Henry acknowledged just how impactful these little tales can be.

“Stories are powerful,” Henry said. “I think when you represent a story in a certain way, presented in a diverse and inclusive world where everybody gets a chance to shine, there are some people who don’t want that to happen.”

Henry’s character in the series, the power-hungry Balor, taps everything at his disposal to squash a story of hope and resilience that continues to gain ground. Leave it to a catchy melody titled, “The Black Rose,” performed beautifully by Éile (also known as The Lark), that plants the seed of change among the downtrodden.

“It was so bred into the foundation of who Éile is,” Brown said. “She was bred to be an elite warrior, but her heart is an artist. Both of those things sit together, and it’s about the journey of accepting both of those two things: who you are and who you’ve been bred to be.” 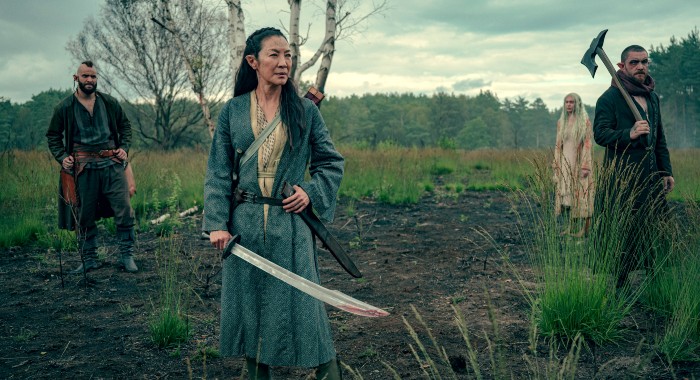 Who knew a fantasy series that follows the beast-battling journey of a rag-tag diverse group from different walks of life and opposing perspectives, could come with surprising resonance?  The Witcher: Blood Origin seems to pose the notion that, if these rough-and-tumble elves can put aside their differences and come together as a team, can we still accomplish that in that in real life?

“I think it’s natural to want towards some sort of order, balance, and peace,” Brown continued. “And I do think that, at a base primal level, that is what, instinctively, nature is wanting.”

Primal is as primal does. Even if the other-worldly beasts and supernatural threats aren’t as pervasive in Blood Origin as they are in The Witcher, the prequel has a narrative aesthetic that is grounded and surprisingly full of grit.

“When you go back twelve-hundred years, you don’t want to see the same elves,” de Barra said. “What were they at their height? When we think about great empires, we mythologize them ourselves: That world must’ve been amazing! But they were little shits, because they took over the world. There was good people and bad people, and that’s what we wanted to show – that sort of granular nature of our real grounded empire with elves, rather than them all walking around with a stick up their arse, being the very traditional mythologized version of it.” 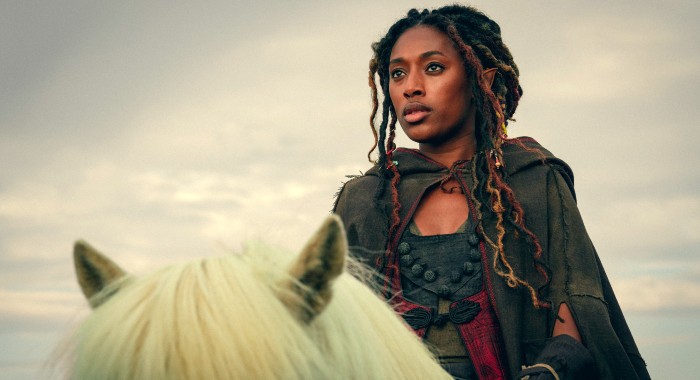 Reclamation of story? Check. An Elven empire rife with despicable characters? They’re all here. And let’s not forget that, whenever an undiscovered truth is brought to light, certain powers that be will always try to keep it hidden.

Henry added, “In the meta universe of this, The Witcher has a positive story in that we are all in this story together. Let’s make something beautiful and powerful that resonates. When you can do that, you can do anything.”

On an Apple device? Follow Rotten Tomatoes on Apple News.