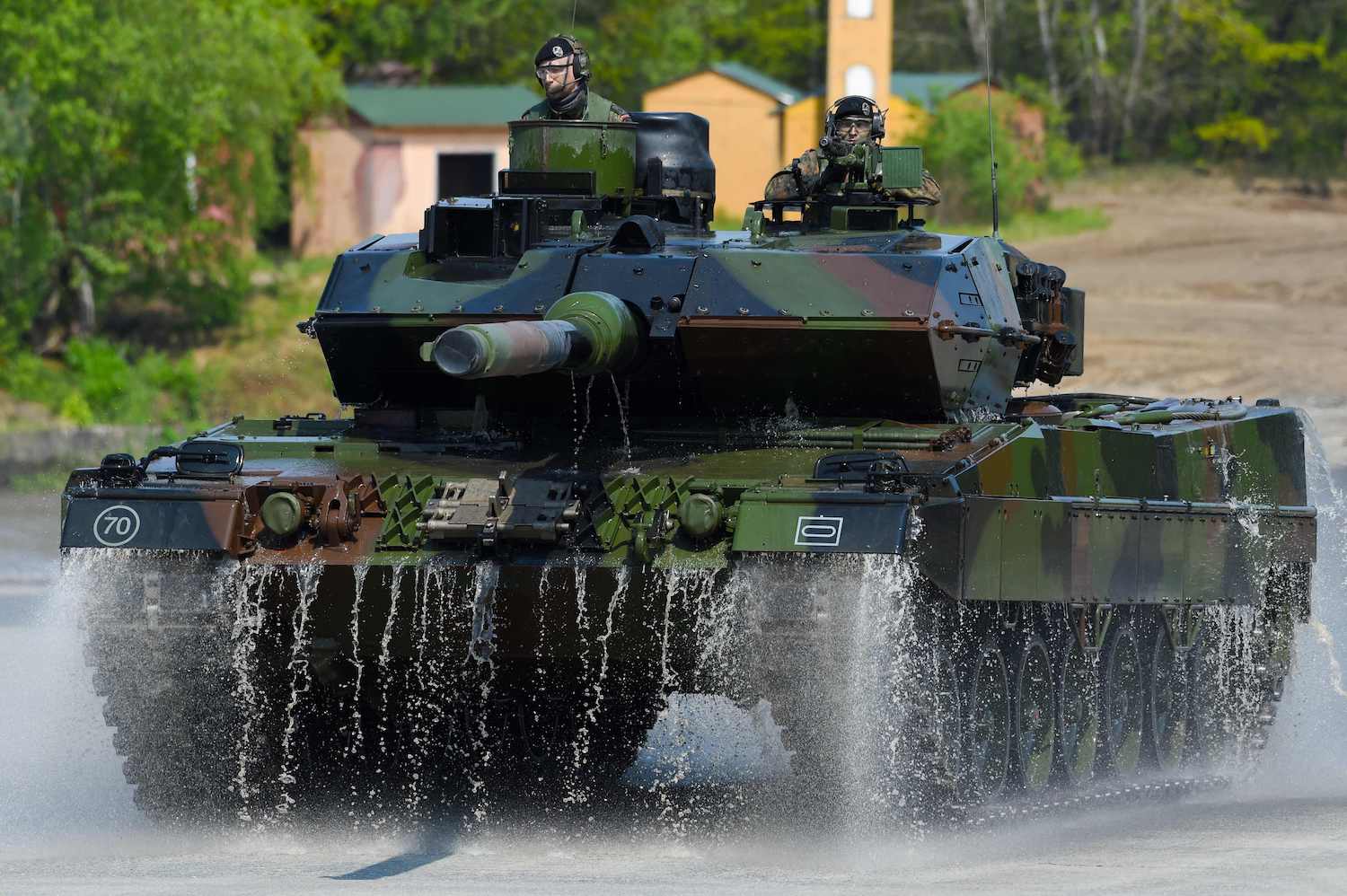 Soldiers on a Leopard 2 A7 main battle tank take part in a NATO exercise at a military training area in Munster in northern Germany in 2019. Berlin on Wednesday approved the delivery of Leopard 2 tanks to Ukraine. (Photo: AFP)

Berlin on Wednesday approved the delivery of powerful German-made Leopard tanks to help Ukraine repel Russia’s invasion, after weeks of pressure from Kyiv and many allies.

Germany will provide a company of 14 Leopard 2 A6 tanks from the Bundeswehr stocks, government spokesman Steffen Hebestreit said in a statement.

It also granting approval for other European countries to send tanks from their own stocks to Ukraine, with the aim of quickly assembling “two tank battalions with Leopard 2 tanks for Ukraine”, he said.

While scores of nations have pledged military hardware for Ukraine, Kyiv has been clamouring for the more sophisticated Leopard tanks, seen as key to punching through enemy lines.

The package agreed by Chancellor Olaf Scholz would also offer training of Ukrainian forces on using the tanks in Germany, as well as logistics, ammunition and maintenance for the battle tanks.

Scholz, who had faced fierce accusations of dithering over whether to send the tanks, was scheduled to take questions from lawmakers in the Bundestag from 1 pm local time.

Several other European countries, including Finland and Poland, have said they are ready to provide their stocks, and Grmany earlier gave them the go-ahead to provide training for Ukrainian tank crews.

The Wall Street Journal has reported, meanwhile, that Washington was leaning toward sending a significant number of Abrams M1 tanks to Ukraine.

Reuters quoted a source familiar with the matter as saying the US commitment could total about 30 Abrams tanks to be delivered over the coming months.

The Kremlin warned on Wednesday that if Western countries supply Ukraine with heavy tanks they will be destroyed on the battlefield.

“These tanks burn like all the rest. They are just very expensive,” Kremlin spokesman Dmitry Peskov told reporters.

The Kremlin’s warning came as a Moscow-backed official said Russian forces had advanced in Bakhmut, a town in eastern Ukraine that Russia has been trying to capture for months.

The Ukrainian military also conceded to AFP that its troops had pulled out of battle-scarred Soledar, to the northeast of Bakhmut.

Russian forces had claimed control of Soledar earlier this month.

Denis Pushilin, Moscow’s top official responsible for Donetsk, said its capture “has now made it possible to block the enemy’s supply routes and, in part, take under operational control areas” from which Ukrainians struck Russian positions.

Russia’s ambassador to the United States, Anatoly Antonov, responded to reports about Washington potentially sending battle tanks by saying such a move would show “the real aggressor in the current conflict”.

“If the United States decides to supply tanks, it will be impossible to justify such step using arguments about ‘defensive weapons’,” he said, according to a post on the Russian Embassy’s official Facebook page.

“This would be another blatant provocation against the Russian Federation.”

Under Berlin’s war weapons control rules, countries using German-made armaments are required to seek Berlin’s permission if they wish to transfer them to a third party.

In a further show of international support for Ukraine, Japan’s Prime Minister Fumio Kishida said he is considering visiting Ukraine, after an invitation from Zelensky.

“I will consider this in light of various circumstances and conditions,” said Kushida, whose country is hosting this year’s Group of Seven meeting.

However, back home Zelensky is battling a widening corruption scandal — with his defence ministry shaken by allegations of food procurement fraud.

Local media reports last week accused the ministry of having signed a deal at prices “two to three times higher” than current rates for basic foodstuffs.

Several officials have resigned over the allegations, including a deputy defence minister, two deputy ministers of development of communities and territories and a deputy minister of social policy.

Ukraine has a history of endemic corruption, including among the political elite, but efforts to stamp out graft have been overshadowed by the war.