FIFA World Cup 2022 LIVE – Switzerland vs Cameroon LIVE: Today in FIFA World CUP 2022 superstars like Cristiano Ronaldo and Neymar Jr. will be in action. The day starts with Switzerland taking on Cameroon from Group H at 3:30 p.m. IST. The second game features Uruguay locking horns with Korea Republic at 06:30 PM IST. As the sun sets and evening descends in Qatar, Cristiano Ronaldo’s Portugal will be ready to take on Ghana in their second consecutive Group H match. The last offering for the day will feature 5-time World Champions Brazil taking on Serbia, and the match will begin at 12:30 AM: Watch FIFA WC LIVE Streaming on JioCinema & FIFA WC Points Table LIVE Updates with InsideSport.IN Switzerland vs Cameroon LIVE @ 3:30 PM – Group G Uruguay vs Korea Republic @ 6:30 PM – Group H Portugal vs Ghana @ 9:30 PM – Group H Brazil vs Serbia @ 12:30 AM – Group H All matches to be streamed live on Jio Cinema app & website 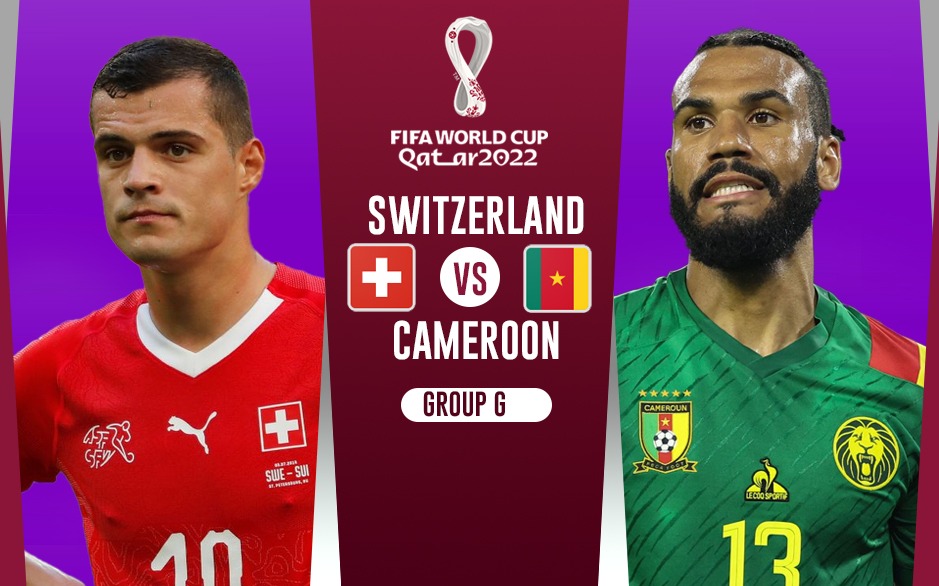 Line-ups are out. Back after eight years in FIFA World Cup, Cameroon take on Switzerland today in GROUP G encounter. With Brazil and Serbia in the group, earning three points from this match will be crucial for both Switzerland and Cameroon. A loss for either can hurt their World CUP Dreams. Sports18 will Broadcast Switzerland vs Cameroon LIVE from 3:30 PM. 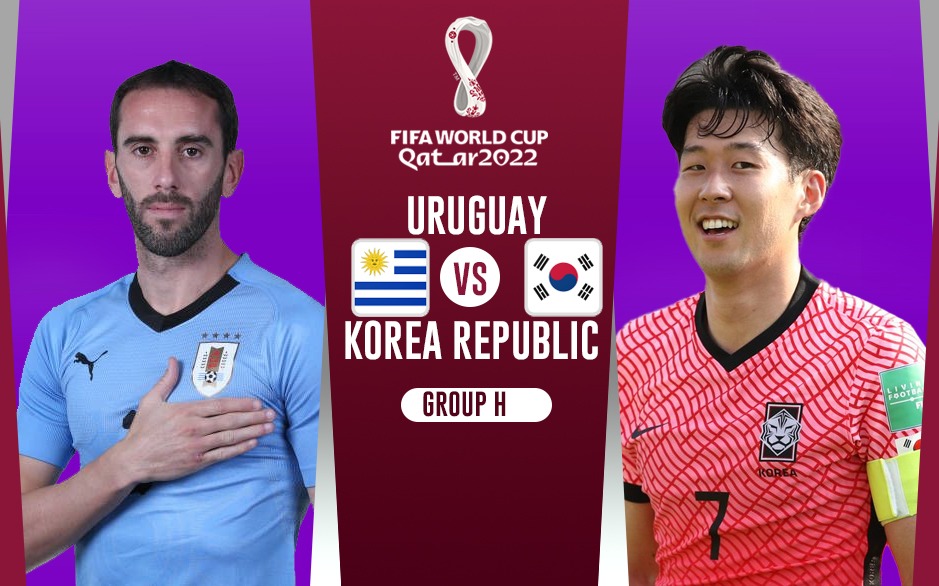 The second match lined up is between Uruguay and South Korea from Group H at the Education City stadium. 2-time-world champions Uruguay has all the star power in the world to overcome South Korea’s challenge. The likes of Luis Suarez, Edison Cavani, Maxi Gomez, and Darwin Nunez have been in excellent form this year. Uruguay’s defense has also contributed well, conceding just two goals in their last nine games.

With an exciting blend of youth and experience at their disposal, Uruguay is expected to make it to the knockout stages. However, they need to overcome South Korea’s challenge first. The team is missing its star forward, Heung-Min Son, who got injured in the Champions League. The team’s defense has stepped up, conceding just 3 goals in their last 10 AFC playoff qualifiers. South Korea has shown some spark but has been inconsistent. This makes Uruguay the firm favourite going into the contest.

The 15th match of the World Cup features Cristiano Ronaldo and Portugal taking on Ghana. The match will take place at Doha’s 974 Stadium on Thursday. Ronaldo will for the umpteenth time be the centre of attraction, more so after his Manchester United  contract termination. CR7 has ensured that his personal relationship with United will not have any effect on the team’s performance. Portugal has exceptional talent at its disposal.

The 2016 Euro Champions are expected to have a comfortable opener against Ghana. For Ghana, it’s a return to the World Cup stage after a 4-year exile. If they manage to make it to the knockout stages, that would be a massive achievement for the Black Stars. For Portugal, given the talent they have, anything less than a quarterfinal spot will be a disappointment. 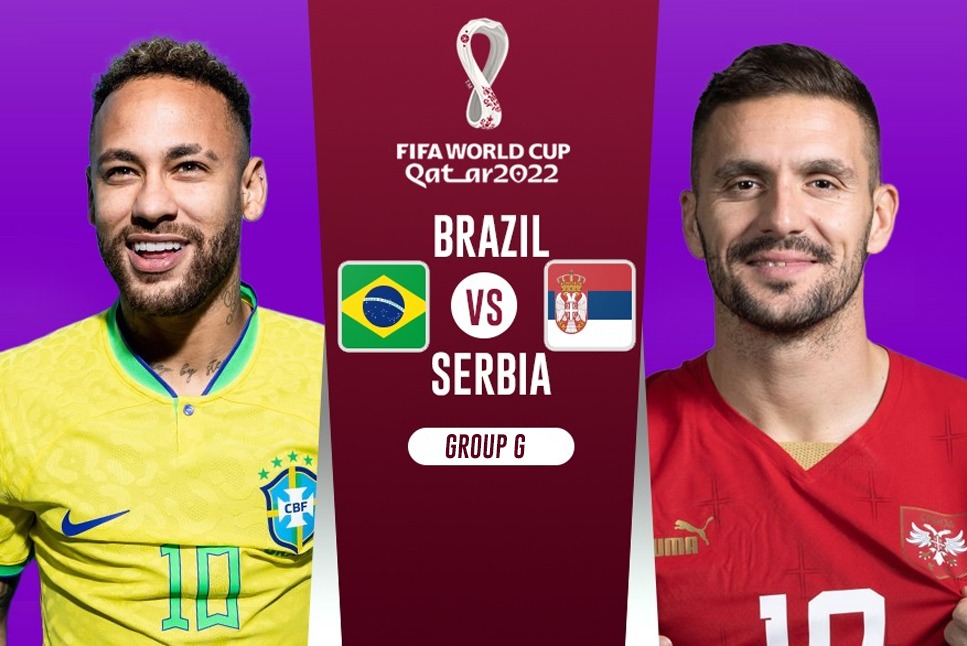 The last match of the day is a Group G fixture at the Lusail Stadium on Thursday. Brazil, considered one of the favorites to win the title, has been in red-hot form coming into the tournament. The Selecao has won 14 of their last 17 matches and drawn just three. All eyes will once again be on Neymar, but one cannot take their eyes off Vinicius Junior. Tite’s men are ranked No. 1 in FIFA and have rarely struggled in qualifying from the group stage. Brazil outclassed Tunisia 5-1 in their last match and has sent a stern warning to all the teams in the competition.

The vibes are beautiful 🇧🇷pic.twitter.com/l84wdi8HDQ

Their maiden challenge in the FIFA World Cup comes against Serbia. The Eagles, ranked 25th in the world, have impressed everyone with their heroics in UEFA qualifying. The team boasts some excellent players like Aleksandar Mitrovic, Luka Jovic, and Dusan Vlahovic. Resilience will be Serbia’s key to securing a draw, which should be a massive result for them.

Brazil has faced Serbia twice and has emerged victorious on both occasions. Unless Serbia performs out of their skin, it is unlikely that the record will change on Thursday.

You just know he is going to pull this out 😎 pic.twitter.com/5bbblwyS5r

FIFA WC LIVE Streaming: Broadcasters Viacom18 shifted the coverage from Voot to Jio Cinema in the build-up to the tournament. The new arrangement has come into existence post the start of the FIFA World Cup 2022.

Sports18 will LIVE Broadcast the FIFA World Cup in standard and high-definition. On JioCinema, they will be available in multiple languages, English, Hindi, Malayalam, Tamil and Bengali. No subscription will be charged from any consumer. JioCinema will also be offering a 4K feed of the entire tournament to its viewers. Other offerings will include multi-camera views, which is not possible on linear television.