Fetterman moves to the right in debate with Oz

Fetterman moves to the right in debate with Oz

The Tuesday night debate between Lt. Gov. John Fetterman, the Democratic nominee for US Senate in Pennsylvania, and his Republican opponent Dr. Mehmet Oz, underscores the continued shift to the right by the Democratic Party as a whole.

Throughout the hour-long debate, Fetterman sought to distance himself from his previous positions, when he backed Bernie Sanders in the 2020 presidential primary contest. These positions are now considered too far to the left for the Democratic Party, in what is regarded as a must-win state if the Democrats are to maintain their tenuous control of the Senate.

Fetterman gained popularity within sections of the working class with his populist appeal as a “man of the people.” Before and during his 13-year tenure as mayor of Braddock, a poor steel town south of Pittsburgh, Fetterman ran several small jobs and housing programs. 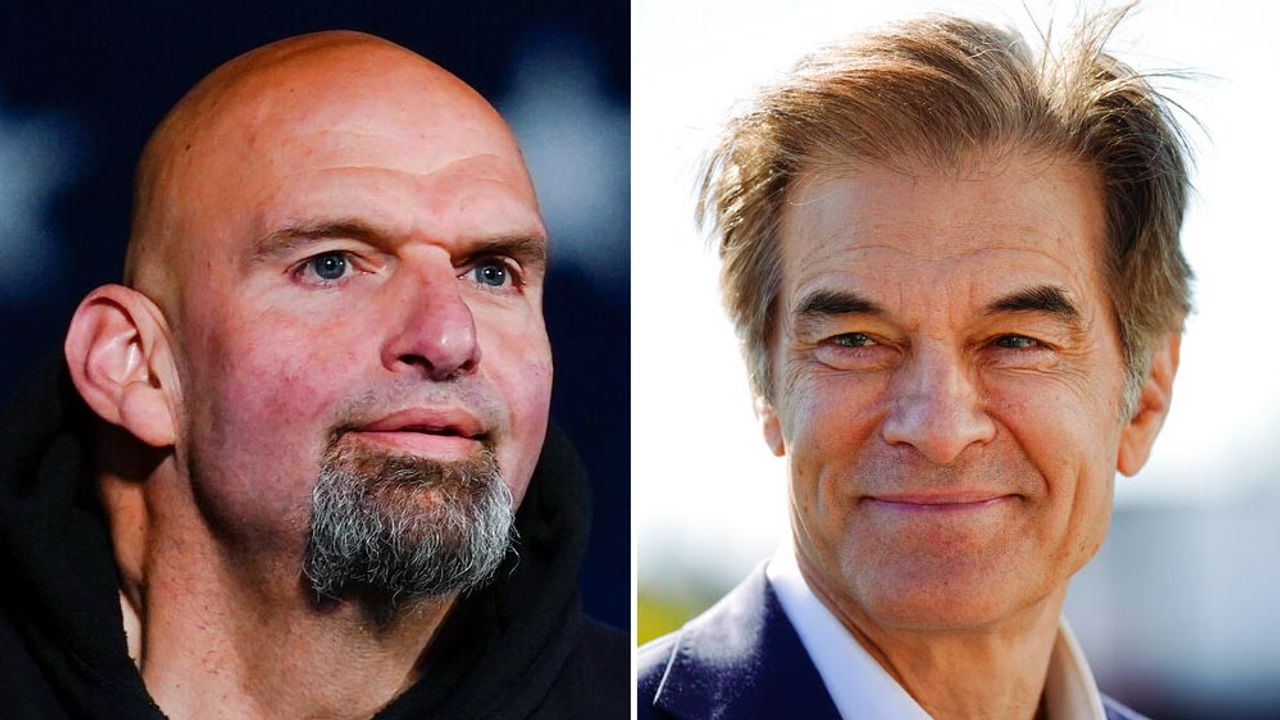 During the 2016 presidential campaign Fetterman supported Sanders during the primaries before backing Clinton. In 2018, he was elected lieutenant governor. Generally described by the media as a progressive, he has been a promoter of criminal justice reform and a supporter of health care as a right. As lieutenant governor he promoted the decriminalization of marijuana.

Once considered a shoo-in for the open Senate seat held by retiring Republican Senator Pat Toomey, Fetterman had a significant lead in the polls up until the last four weeks, when the race has tightened. His Republican opponent, Dr. Mehmet Oz, a rabid Trump supporter, is best known as a TV snake oil salesman who promoted various fake medical products from which he has made millions. Oz gained the attention of Trump when he downplayed the COVID pandemic, alternatively promoting the deadly belief that the virus was a hoax or claiming that it could be cured with unproven and unsafe remedies.

Oz owns some 10 mansions around the world, and his primary residence was New Jersey until earlier this year, when he bought a home in Pennsylvania to qualify for the Pennsylvania race, entering the Republican primary.

In recent weeks the race has tightened, as millions of dollars have been poured into the Oz campaign by Republican and right-wing groups and organizations which have funded an onslaught of attack ads against the Democrat.

News and media outlets have pointed primarily to the after-effects of Fetterman’s stroke last May, which forced him to suspend in-person campaigning for several months, as the reason for his fall in the polls. In reality, it is the general disgust with soaring inflation and the accompanying decline in working class living standards that has caused his support to drop, along with the standing of the Democratic Party as a whole.

In response, Fetterman and his campaign have moved sharply to the right. In Tuesday’s debate Fetterman repudiated many of the populist positions that he held in the past. This further emphasizes the role played by the so-called “left” of the Democratic Party, like Sanders, Alexandria Ocasio-Cortez and the Democratic Socialists of America, as well as Fetterman, in keeping the working class tied to the Democratic Party by providing a fig leaf of progressivism.

During the debate, what was not said was almost as important as what was said.

Neither candidate mentioned the war in Ukraine or warned of the danger of nuclear war as the proxy war of the Biden administration and NATO against Russia drags on. Instead, during the only discussion on foreign policy, Fetterman stated that he was for increasing aggressve moves against China, and warned that Oz couldn’t be trusted to stand up to the Beijing regime.

When asked what he believed is the greatest foreign threat to America, Fetterman responded, “I believe it is China, China is not our friend. We need to stand against China.”

And he asked viewers, “which one of us, on this stage, is going to stand up and stand firm against China? I believe that is our single biggest issue right now, to make sure that we address China and make sure that we know that it is not our friend.”

Fetterman never attacked Oz over the Republican Party’s role in the January 6 Trump-led coup attempt, nor even attacked Oz for his support of the former president. Neither Fetterman nor Oz spoke of the COVID pandemic, nor were they asked about it by the moderators. The coronavirus has killed over 1.1 million people, including nearly 50,000 people in Pennsylvania, and is still killing on average 350 a day, but both parties and the media consider this a non-issue.

While Oz was peddling fake cures for COVID, Fetterman, along with Governor Tom Wolf, pushed the deadly reopening of schools that contributed to the spread of the pandemic and thousands of unnecessary death.

Throughout the debate, Oz attacked Fetterman for being “radical,” “extreme” and “out of touch,” while presenting himself as the moderate.

Gas prices and fracking for natural gas came up several times during the debate. At one point, the monitor tried to get Fetterman to explain his change in position from 2018 when he said, “I don’t support fracking at all. I never have,” to his current position of supporting it unconditionally.

Media coverage of the debate has focused almost entirely on this exchange, when Fetterman had difficulty enunciating his position because of speech problems associated with his recovery from the stroke. There has been little discussion of the substance of his position, or of his embrace of economic nationalism, as he declared that the United States had to establish its “energy independence” from the rest of the world.

Significantly, neither Fetterman nor the panel of media questioners made any mention of global warming and the danger to humanity it poses, or whether the candidates acknowledged the reality of climate change and had any proposals to deal with it.

No question was directly asked about health care, but the issue did come up several times during the debate. Fetterman, while calling for expanded access to health care, did not call for universal health care, or Medicare for all.

Throughout the campaign and again in the debate, Oz attacked Fetterman for not being strong on support for the police, and repeated the false claim that Fetterman was for the unrestricted release of felons from prison. In response Fetterman reiterated his support for the police and pointed to his record as mayor of Braddock, where he claimed that he worked with the police to reduce gun violence. At no point did Fetterman denounce the police murder of over 1,000 people each year.

Only on the issues of abortion, the minimun wage and student debt relief did Fetterman press an attack on Oz from the standpoint of what could be called progressive positions.

On abortion, Oz made clear his support for continued attack on the right of women to control their bodies. While saying he opposed any federal regulation he advanced a states’ rights position, saying the decision to restrict abortions should be left to the states and even to local officials.

In opposition, Fetterman reiterated that if elected he would support the codification of the right of women to abortion. However, he made no mention of why the Democrats hadn’t already done so since they have controlled both chambers of Congress and the presidency many times in the past 50 years.