Updated: 12 days, 20 hours, 54 minutes, 17 seconds ago
Doomsday clock hits 90 seconds to midnight as world gets closer than ever to “global catastrophe” 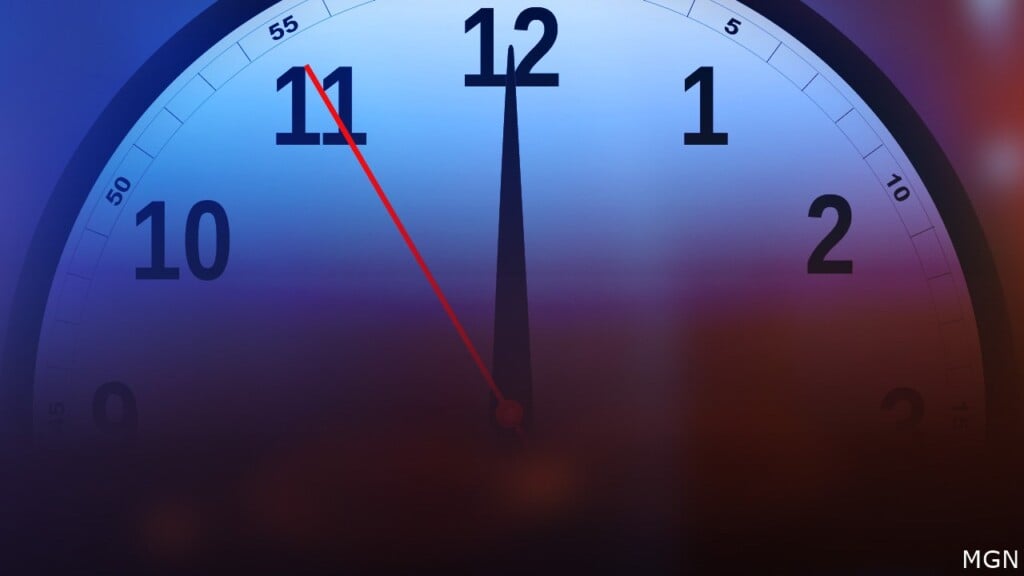 The 'Doomsday Clock' has moved to 90 seconds to midnight (Photo: MGN)

(CBS NEWS) — For three years, the hands of the world’s Doomsday clock were set at 100 seconds to midnight. But now, as Ukraine approaches a year of war, the climate crisis continues and other actions threaten humanity, the world has officially crept even closer to what the Bulletin of the Atomic Scientists calls “global catastrophe.”

On Tuesday, the hands of the Doomsday clock reached their closest position to midnight yet. The clock is not a forecasting tool, but rather a symbol created by the Bulletin of the Atomic Scientists in 1947 to shed light on how humanity’s actions are causing problems that could have mass consequences.

“We are living in a time of unprecedented danger, and the Doomsday Clock time reflects that reality,” Bulletin president and CEO Rachel Bronson said. “Ninety seconds to midnight is the closest the clock has ever been set to midnight, and it’s a decision our experts do not take lightly.”

The reason for the 10-second move toward metaphorical Doomsday is largely because of the war in Ukraine, which is quickly approaching its one-year anniversary. In a statement, the Bulletin explained that the war has “raised profound questions” on how nations interact, as well as an apparent downfall in international conduct. The war has had far-reaching implications, impacting global crops, gas supply and rampant risk to nuclear reactor sites.

“And worst of all, Russia’s thinly veiled threats to use nuclear weapons remind the world that escalation of the conflict—by accident, intention, or miscalculation—is a terrible risk,” the announcement says. “The possibility that the conflict could spin out of anyone’s control remains high.”

The threat of nuclear war is also a factor in the world’s inching toward midnight, as is the climate crisis, which the need to address has only increased in urgency. Recent months have revealed record-high carbon dioxide emissions, worsening weather extremes and “cascading effects” of crop failures, diseases and weakening infrastructure, the Bulletin says.

Biological threats such as COVID-19 and disinformation were also listed as factors for Doomsday clock change.

For Mary Robinson, a former United Nations High Commissioner for Human Rights, said that the latest move on the clock is “sounding an alarm for the whole of humanity.”

“We are on the brink of a precipice,” Robinson, who is also a member of global independent leaders group The Elders, said. “But our leaders are not acting at sufficient speed or scale to secure a peaceful and liveable planet. … The science is clear, but the political will is lacking. This must change in 2023 if we are to avert catastrophe. We are facing multiple, existential crises. Leaders need a crisis mindset.”

While the Bulletin uses the clock to warn the world of dangers, the group says concretely that they are “not predicting the future.” Rather, the clock is a sort-of analysis of international events, trends and public and official efforts to mitigate harm to humanity.

“The Bulletin is a bit like a doctor making a diagnosis,” the group says. “We look at data, as physicians look at lab tests and X-rays, and also take harder-to-quantify factors into account, as physicians do when talking with patients and family members.”

Tag: nuclear war, nuclear war news, nuclear warhead, nuclear war 2022, nuclear war now. United Nations High Commissioner, For Mary Robinson.
Related News
‘Doomsday Clock’ set at 90 seconds to midnight amid Ukraine crisis
Scientists set Doomsday Clock closer to midnight than ever before
A Q&A With Rachel Bronson, the Woman Behind the Doomsday Clock
Doomsday clock hits 90 seconds to midnight as world gets closer than ever to “global catastrophe”
The Doomsday Clock is now at 90 seconds to midnight — here's what that means
What happens when the Doomsday clock reaches midnight? 100 seconds and how it works, explained
Post-nuclear Moscow subway novels strike chord as Doomsday Clock nears midnight
Symbolic Doomsday Clock moves closer to midnight amid Ukraine war
Doomsday clock – live: Experts announce how close we are to midnight and oblivion
Doomsday Clock at record 90 seconds to midnight amid Ukraine crisis
League Patch 13.3 To Include Massive Support Champion Changes
The Doomsday Clock Has Moved: How Close Are We to Armageddon in 2023?
Latest News
Deadly earthquake leaves thousands of people in Türkiye and Syria vulnerable amid a harsh winter
Man City charges from Premier League explained and what happens next
CHAN: Defeats to Madagascar and Niger; is that the Ghana Premier League’s true level?
Beyonce creates history with most Grammy wins
Pakistan blocks Wikipedia, says it hurt Muslim sentiments
Tottenham vs Manchester City Premier League Odds, Time, and Prediction
Black Hawk Down actor Matthew Marsden defends not getting Covid jab - despite losing Hollywood jobs
Common diseases and how to prevent them with the help of supplements
‘Dangerous’ New York State Highway May Cost More To Travel
Earthquake: “Plates have not come to rest yet”
Grammys Red Carpet 2023: The good, the bad and the truly outrageous
Foreign Ministry Spokesperson Mao Ning’s Regular Press Conference on February 6, 2023
What Ange Postecoglou said to his Celtic players before St Johnstone game
Earthquakes kill over 1,000 people in Turkey, Syria — LIVE – DW – 02
UPSC Key- February 6, 2023: Know and Understand Guaranteed Pension Scheme, Green Climate Fund, Spy balloon and many more