Christina Applegate Receives a Star on the Hollywood Walk of Fame

Christina Applegate Receives a Star on the Hollywood Walk of Fame

Christina Applegate gave an emotional speech filled with both laughter and tears when she was presented with her long-dreamed-for star on the Hollywood Walk of Fame on Nov. 14.

The Emmy winner, 50, was joined at the ceremony — her first public appearance since announcing in 2021 that she'd been diagnosed with multiple sclerosis — by her former "Married ... with Children" co-stars Katey Sagal and David Faustino as well as her "Dead to Me" co-star Linda Cardellini.

Applegate was also joined by her daughter, Sadie, 11, whom she tearfully called the "most important person in this world" to her. 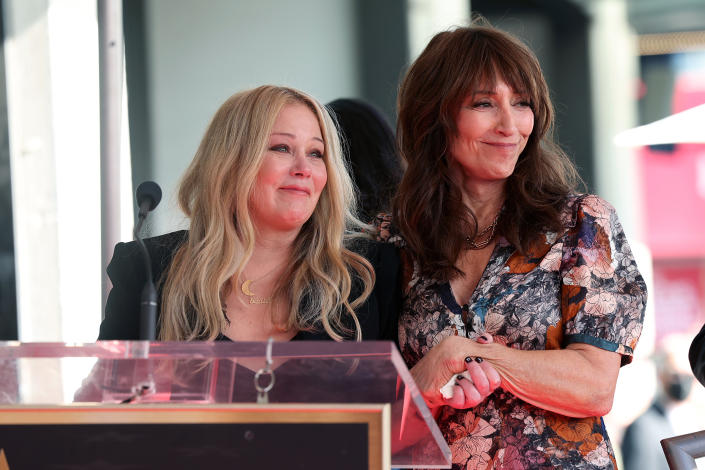 The actor, who used a cane at the ceremony, was helped to the event’s podium by her former TV mom Sagal, who stood behind her to physically support her as she delivered her speech.

“It’s so Katey to, like, steal the thunder,” Applegate joked.

After acknowledging that she "can’t stand for too long," Applegate began speaking from her heart about her co-stars and then about Sadie, whom she shares with husband Martyn LeNoble.

"You are so much more than even you know. You are so beautiful and kind and loving and smart and interesting and I am blessed every day that I get to wake up and take you to your school," she told her daughter while crying.

"You are my everything. Thank you for standing beside me through all of this," Applegate added.

"Oh, by the way, I have a disease," she added to laughter. "Did you not notice? I’m not even wearing shoes. Anyhoo, you’re supposed to laugh at that." 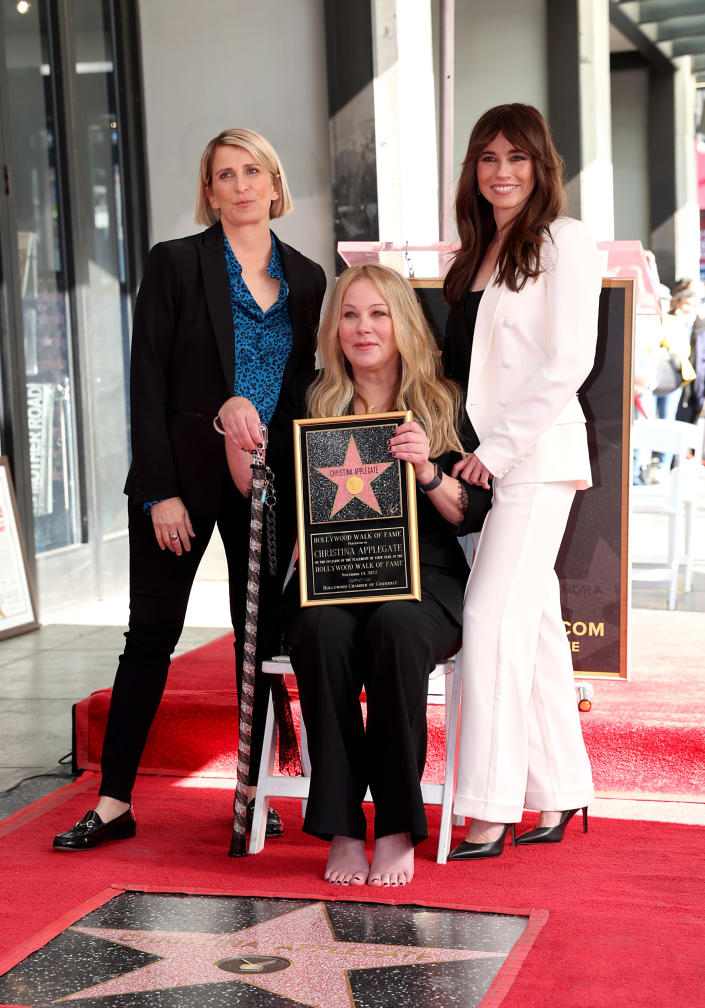 Earlier in the ceremony, Applegate revealed that she'd dreamed of having her own star on the Walk of Fame since she was a little girl.

She recalled standing on the very same street as a child as she waited to see "Star Wars." Looking around at all the names on the stars on the street, she thought, "I want one! I effing want one!"

"And I was 5 years old," she said to laughter. "So this day means more to me than you can possibly imagine." 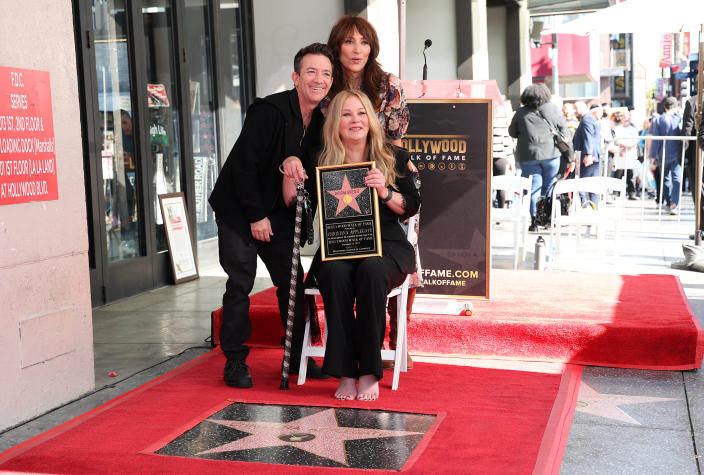 The actor went on to call Sagal and Faustino, whom she worked alongside for 11 seasons on "Married ...with Children," as well as Cardellini and "Dead to Me" creator Liz Feldman, "my family."

Applegate's Walk of Fame ceremony comes just two weeks after she opened up to The New York Times about the difficulties of shooting the third and final season of "Dead to Me" with her physical limitations.

Production of the season, which premieres Nov. 17 on Netflix, was stopped for about five months after Applegate's diagnosis so that she could begin treatment.

“There was the sense of, ‘Well, let’s get her some medicine so she can get better,’” recalled Applegate. “And there is no better. But it was good for me. I needed to process my loss of my life, my loss of that part of me. So I needed that time.”

This article was originally published on TODAY.com