Chloe Madeley posed with her baby daughter Bodhi for an adorable snap, shared by her husband James Haskell in a Sunday Instagram post.

The TV personality, 35, wore a casual blue sweater while gazing adoringly at the two-month-old, who sported a white top with cartoon pumpkin prints.

In his caption, former rugby player James, 37, joked: 'It’s a very spooky house at the moment!' while Chloe shared another hilarious shot of Bodhi looking perplexed. 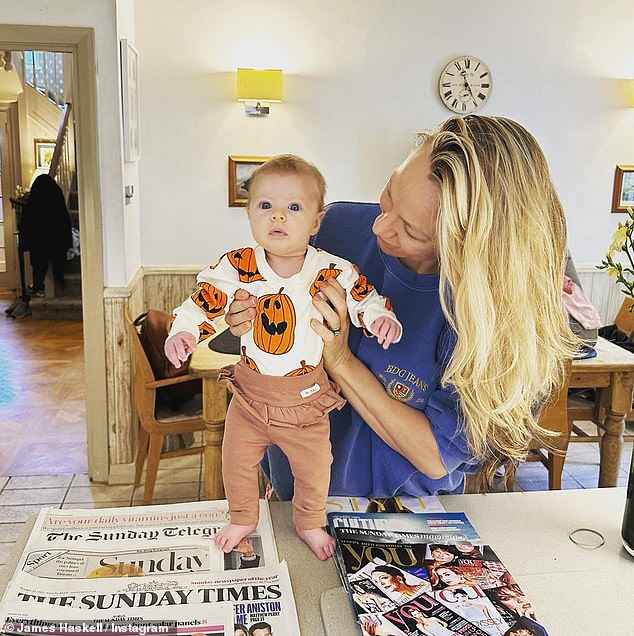 Cute: Chloe Madeley posed with her baby daughter Bodhi, two months, for an adorable snap, shared by her husband James Haskell in a Sunday Instagram post

It comes after Chloe admitted she spent her pregnancy worrying that she would regret her decision to have children.

The fitness guru spoke candidly about her concerns as she appeared on Loose Women.

The daughter of Richard Madeley and Judy Finnigan also detailed her concerns after being rushed in for an emergency C-section last month and revealed that she's currently living with her famous parents while her house is being renovated.

Discussing her initial doubts about motherhood, Chloe shared: 'I spent a long time not sure if I wanted children, and I think a lot of women don't necessarily talk about it. 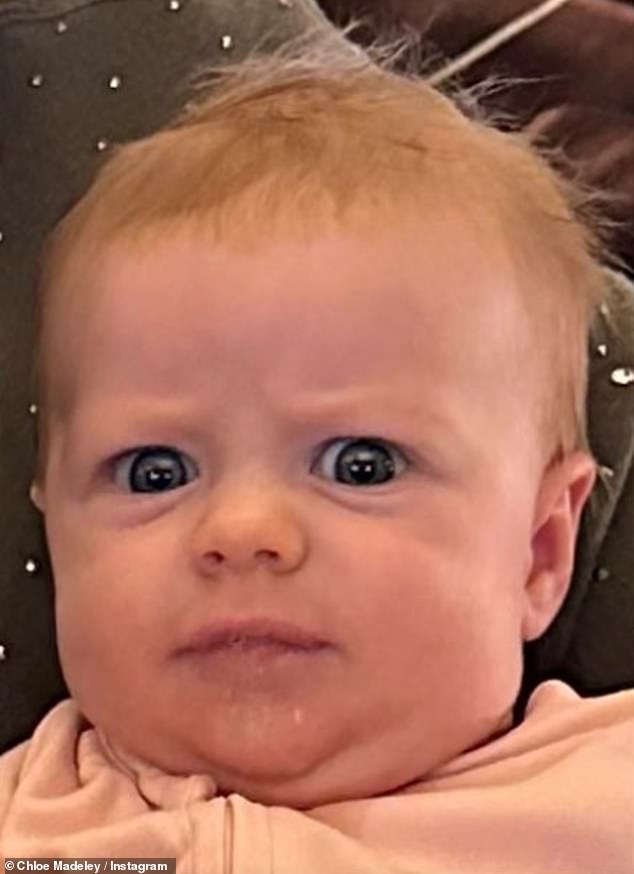 'As soon as I saw her I just fell madly in love and thought, "This is the best thing I've ever done!"'

Discussing her new family arrangement, she revealed: 'We're having our house redone and we needed somewhere to live. I tentatively asked mum and dad, "How would you feel if we were to come and stay just for a week?"

'My mum - because I was heavily pregnant at the time - thought her birthdays and Christmases had all come at once! 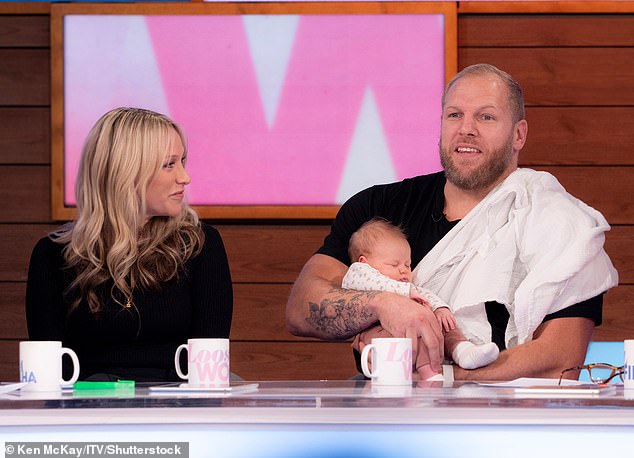 Family: It comes after Chloe admitted she spent her pregnancy worrying that she would regret her decision to have children

'I would say since getting pregnant, I've never had such a strong relationship with my mum. I've always been a bit of a daddy's girl and I feel a bit guilty saying that but it is what it is.'

She also revealed that their new arrangement means dad Richard can spend some quality time with her granddaughter.

Chloe revealed: 'It's really cute - dad will take her for an hour every morning upstairs just to lie in bed with my mum while she reads the papers. I get an hour to just have a shower. Just that, is incredible.'

The sportsman was every inch the doting dad as he sat beside Chloe cradling his newborn and revealed that he's since become the better of the pair when it comes to changing nappies.

'We had this emergency C section, so I changed the first nappy': he said of the birth.

'I could see this midwife was on me, ready to correct me. I'd honestly sat through six hours of hypnobirthing antenatal classes - if you ever need any advice, I'm basically a qualified midwife.

'I changed this nappy and she went, "You know what, I'm going to give you five out of five, that is the best nappy change ever". I'd been practising on a doll.'

Touching more on the traumatic labour, James explained: 'The candles and whale music goes out of the window. It was scary having her induced as her heart rate dropped and nine nurses ran in! I just wanted the baby out.'

The couple welcomed their first child on August 10 after tying the knot in 2018. 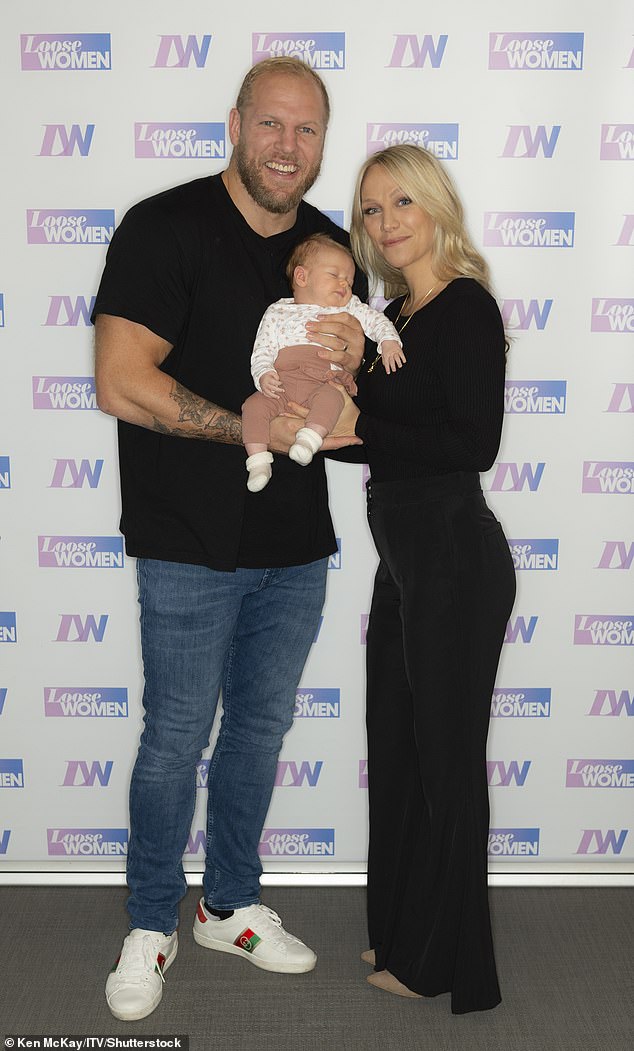 Speaking out: The itness guru spoke candidly about her concerns during pregnancy