Cameroon and Serbia clash at the World Cup on Monday in a battle of two teams desperate to avoid a knockout blow.

Both these sides opened their respective campaigns in Qatar with defeats in a competitive Group G, with the Indomitable Lions unlucky to be narrowly bested by Switzerland thanks to Yaounde-born Breel Embolo’s goal shortly after half-time in Al-Wakrah.

Serbia, meanwhile, drew the short straw of having to begin against five-time winners and favourites Brazil, frustrating the star-studded Selecao for long periods before succumbing to a second-half Richarlison brace that included a terrific acrobatic volley.

Now they meet in a key showdown that will see the loser eliminated from contention for the last-16, with Brazil and Switzerland facing off in another important fixture later in the day.

The match will take place at the Al Janoub Stadium in Al-Wakrah, Qatar.

Where to watch Cameroon vs Serbia

TV channel: In the UK, the match will be televised free-to-air and live on ITV, with coverage beginning at 9am.

Live blog: You can follow all the action via Standard Sport’s live blog.

Swansea midfielder Olivier Ntcham is a major doubt for Cameroon due to injury, while it will be intriguing to see if head coach Rigobert Song turns back to Vincent Aboubakar with their captain and usual talisman restricted to a late second-half cameo off the bench against the Swiss.

For Serbia boss Dragan Stojkovic, Juventus pair Filip Kostic and Dusan Vlahovic are not yet fully fit, with only the latter coming on against Brazil. 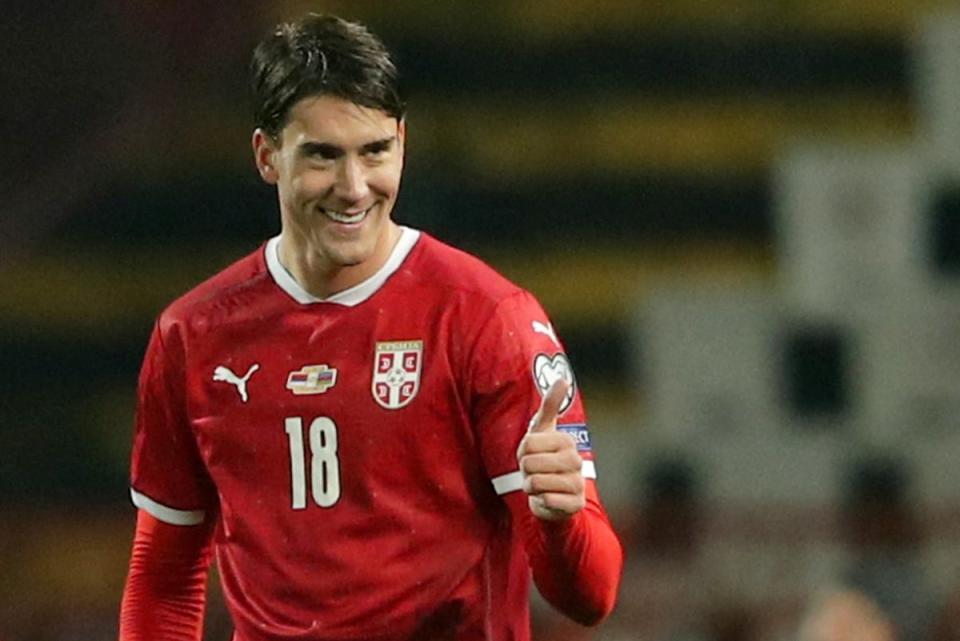 If ready, both could come into the fold here, with more firepower needed alongside the likes of Aleksandar Mitrovic and Dusan Tadic. Fiorentina frontman Luka Jovic is another good option to boost the attacking presence.

Neither of these sides played particularly badly in their respective openers, with Cameroon starting well against Switzerland and having decent chances through the likes of leading striker Eric Maxim Choupo-Moting, Brentford’s Bryan Mbeumo and Martin Hongla.

However, they lacked end product and that proved their undoing in an eighth successive World Cup loss.

Serbia were on a bit of a hiding to nothing against Brazil, looking to deny their illustrious opponents space and counter, and did at least manage to keep the door shut until past the hour mark in Lusail.

However, they have far more flair and options in attack than to be that passive going forward again and will surely look to exert more control against Cameroon with additional firepower while keeping that defence solid.

I sense there are a couple of goals in this, but likely resulting in a hard-fought draw that keeps both sides alive but probably does little to advance their qualification hopes, boosting Switzerland’s hopes instead.

The only previous meeting between these sides was a high-scoring friendly back in 2010, which Serbia won 4-3.

Odds via Betfair (subject to change).