Thank God it’s Black Friday! Or not! Discounts do not get bigger than this as the sale event of the year kicks off in the United States. But it is no longer restricted to America. Black Friday, which falls on 25 November, has become a global phenomenon, and India has, of course, jumped onto the bandwagon.

Retailers, both online and offline, launch the Black Friday sales, a day after Thanksgiving, which has been observed in the US since 3 October 1789. It was the day President George Washington named Thursday, 26 November 1789, as an official holiday of “sincere and humble thanks”. Seventy-four years later, in 1863, President Abraham Lincoln declared that Thanksgiving would be a nationwide holiday, which would be celebrated every year on the fourth Thursday of November.

Around the mid-20th Century, Black Friday came to be associated with Thanksgiving and shopping.

What is Black Friday?

Black Friday is the day after Thanksgiving, which marks the advent of the Christmas shopping season.

It is “the day after Thanksgiving in the US, the first day of traditional Christmas shopping when stores have special offers to attract consumers”, according to the Oxford Learner’s Dictionary. Why is it called Black Friday?

The term Black often comes with a negative connotation. The first usage of the term can be traced back to the late 19th Century. History Channel says it was used to describe the crash of the US gold market on 24 September 1869. The effect of this was felt on the economy for years to come.

How did it become about shopping?

The use of the phrase Black Friday, as we know it today, can be traced back to the 1960s. It was coined by the traffic police of Philadelphia, who used it to describe the “chaos that resulted when large numbers of suburban tourists came into the city to begin their holiday shopping”.

In 1994, a retired local reporter Joseph P Barrett, recalled writing about the shopping frenzy in Philadelphia Inquirer in an article headlined, “This Friday Was Black With Traffic”. The piece talks about appropriating the police term “Black Friday” to describe the terrible traffic conditions.

“The Philadelphia Police Department used the term to describe the traffic jams and intense crowding of the downtown retail stores,” said David Zyla, an Emmy-winning stylist and author of “How to Win at Shopping”, according to a report in Huffington Post. One of the first uses of the term in print appeared in an ad in a 1966 issue of The American Philatelist, a magazine for stamp collectors, he said.

The archived copy of the ad can be seen on The Linguistic List, an online forum run by the linguistic department of Indiana University. Black Friday “is not a term of endearment to them”. It “usually brings massive traffic jams and over-crowded sidewalks as the downtown stores are mobbed from opening to closing”, the ad read.

Unlike now, back in the day, not too many people were gung-ho about the Friday after Thanksgiving. It was the time when sales associates would call in sick only adding to the chaos, The Huffington Post report says. It points to another article published in the 1951 issue of Factory Management and Maintenance, where the author describes rampant absenteeism the Friday after Thanksgiving, as “a disease second only to the bubonic plague in its effects”. 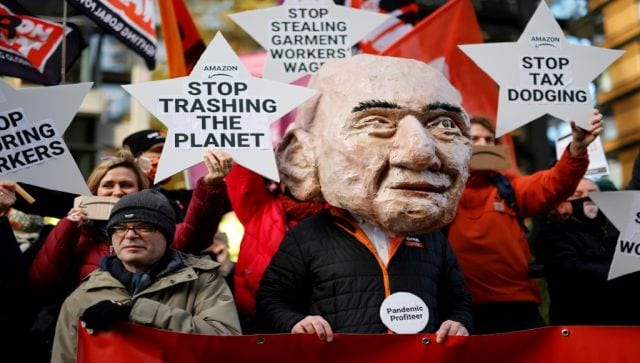 How did Black Friday evolve?

It was the retailers in the US who wanted to do away with the negative connotation that came with Black Friday. A public relations executive tried to change “Black” to “Big” but somehow it did not catch on.

In the 1960s, the retail interpretation of the phrase happened. This was the time accounting was done manually. While “red” indicated losses and “black” indicated profits.

Now over the years, the story of the origin is somewhat lost. All shoppers are concerned about saving big bucks as discounts pour in. But as the frenzy around Black Friday sales grew so did the criticism.

Why is Black Friday criticised today?

In the recent past, Black Friday outings in the US have turned fatal. Huge crowds gathered outside shopping malls have created a stampede-like situation.

Critics have said that Black Friday leads to overconsumption, which pushes shoppers to purchase products that they do not need. 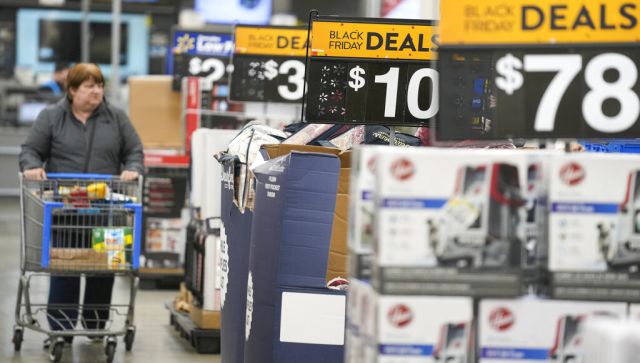 Protests against the shopping season are growing. In 2019, France adopted the “Stop Black Friday” amendment which proposed the integration of “Black Friday” advertising as part of “aggressive commercial practices” punishable by imprisonment of up to two years and a fine of Euros 300,000.

Last year, independent retailers in the UK shut down their websites, donated their profits to charity and planted trees as part of a drive against rabid consumerism, reports Guardian.

Activists have hit out with boycotts and campaigns against what they deem unfair business practices and unbridled consumerism. Online retail giant Amazon is a top target for anti-Black Friday actions.

Activists from the environmental group Extinction Rebellion blockaded more than a dozen Amazon distribution centres in Britain, Germany and the Netherlands to protest the company’s social and environmental practices last year. This year is expected to be no different.

“It’s ridiculous to have a day so profitable to owners where workers get paid the same as always,” a member of a popular Reddit “anti-work” forum (r/antiwork), told AFP.

Is Black Friday the biggest shopping festival of the year?

It used to be but has now been trounced by China’s Singles’ Day. Observed on 1 November to celebrate singlehood, the shopathon, which begins weeks in advance, has retailers raking in billions.

Over the past 13 years, Singles’ Day has turned into a mega-shopping event beating America’s Black Friday and Cyber Monday. According to Techcrunch, Single’s Day is 2.5 times larger than the American shopping holidays combined.

With inputs from agencies