President Joe Biden landed in Phnom Penh Saturday for the second leg of his international trip, with North Korea's escalating missile launches and Russia's war in Ukraine providing a tense backdrop to the confab.

Biden is here for the annual ASEAN summit of southeast Asian nations, but the war in Europe and a nuclear threat to key allies and the U.S. mainland loom.

In a demonstration of the threat, Biden has plans to huddle with two key partners, South Korea and Japan, following a series of provocative North Korean ballistic missile tests.

Experts have raised concerns about the Hwasong-17 ICBM that North Korea fired on November 2. A larger missile could reach inside the U.S mainland while carrying multiple warheads. 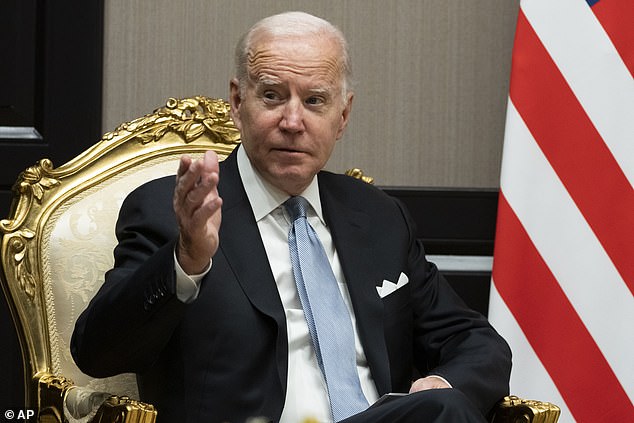 U.S. officials are not ruling out what would be North Korea's seventh nuclear test. Dictatory Kim Jong-un has a history of using high profile events to seek attention and gain leverage through shows of military prowess.

That would happen in both bilateral meetings and a three-way discussion.

Sullivan has specifically pointed to the prospect North Korea would conduct its seventh nuclear test 'at some point in this broader timeframe,' in reference to Biden's trip.

'And by “broader,” I mean we've been talking about this now for a couple of months. That window still remains open. Our concern still remains real. Whether it happens in the next week or not, I can't say,' he specified last week.

He cited the potential both for long-range missile tests and the possibility of a nuclear test.

We are also concerned about further potential long-range missile tests in addition to the possibility of a nuclear test, along with the cyber threat posed by the hermetic nation, which has been sending artillery shells to Russia amid its war on Ukraine.

'We are in very tight coordination with both the ROK and Japan. And the trilateral meeting that the three leaders will be able to have on the margins of the East Asia Summit, I think, will be a significant milestone in the trilateral relationship and will help only strengthen coordination on DPRK.

The North Korea threat will also be top of mind when Biden sits down in Bali with Chinese President Xi Jinping.

Sullivan said Biden would press the case of China's own self interest. 'And if North Korea keeps going down this road, it will simply mean further enhanced American military and security presence in the region. And so the PRC has an interest in playing a constructive role in restraining North Korea's worst tendencies. Whether they choose to do so or not is of course up to is up to them.' 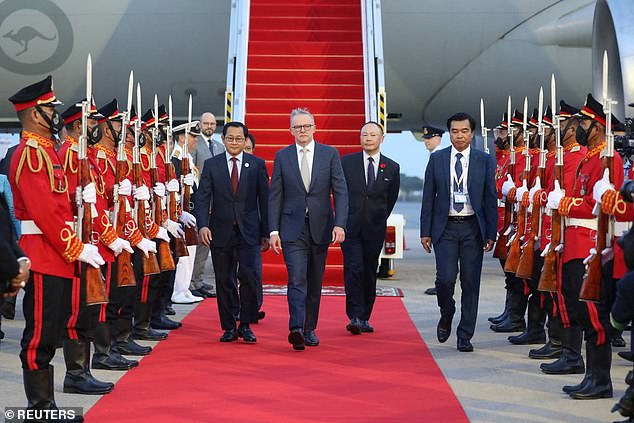 Australian Prime Minister Anthony Albanese arrives at the ASEAN Summit in Phnom Penh, Cambodia November 11, 2022. U.S. allies are huddling over the role of China, the war in Ukraine, and the North Korea threat 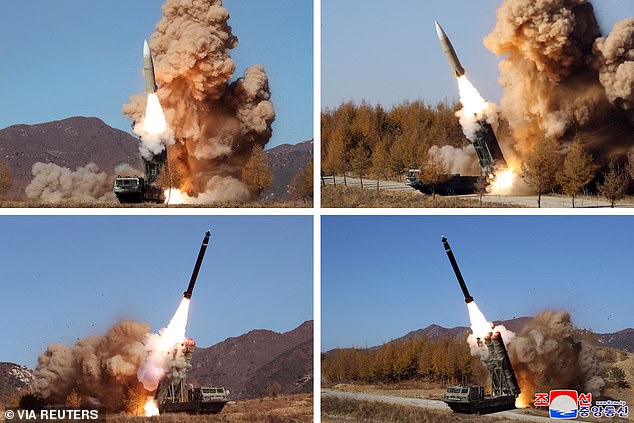 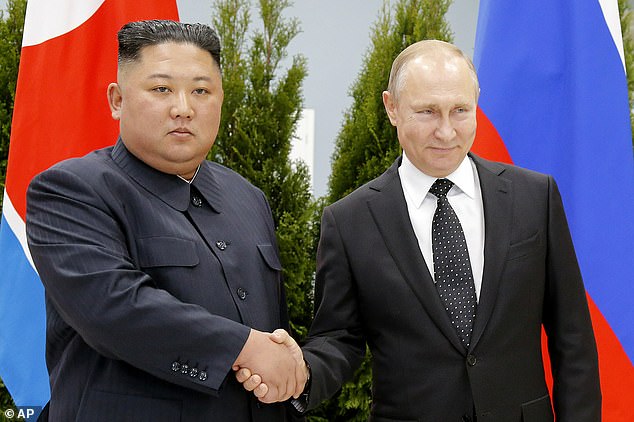 North Korea not only menaces U.S. allies in the region. The administration says dictator Kim Jong-un is providing arms to Russia for its war on Ukraine 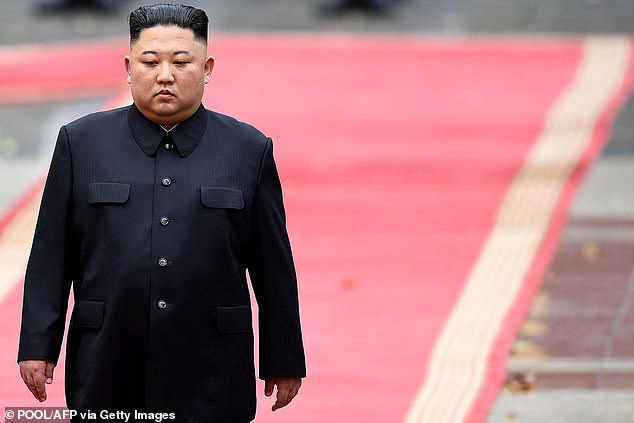 Kim has a history of making provocative moves when U.S. and allied nations gather 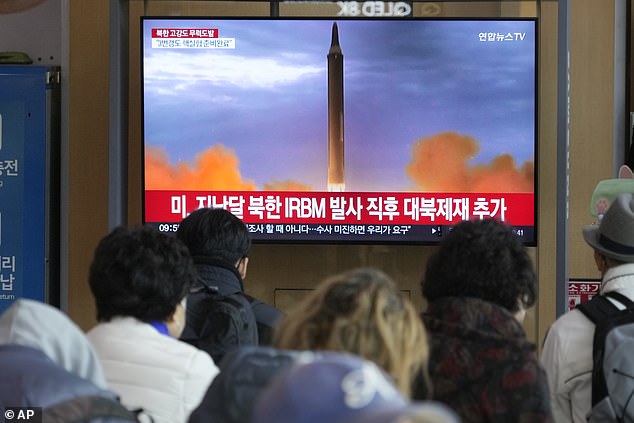 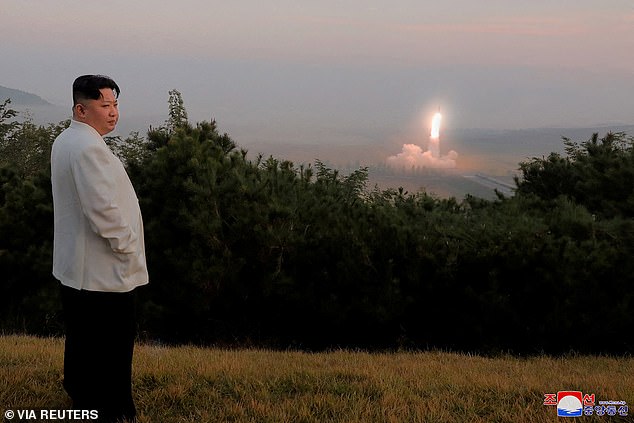 North Korea has undertaken a series of missile launches in recent weeks. Officials aren't ruling out a seventh nuclear test by the hermetic nation 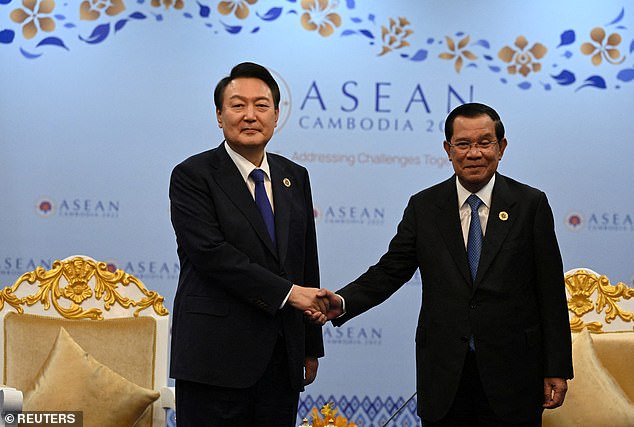 On Russia, there have been new pushes for Ukraine and Russia to negotiate, even as Russia appears to have abandoned the city of Kherson, which it seized during its February invasion.

'He will be very clear on the trip, that there will be strong, enduring, unflagging, unwavering support for Ukraine in the face of Russia’s aggression,' Sullivan said.

The lingering challenge posed by China is also a common challenge for U.Sl allies. Like South Korea and Japan, U.S. ally Australia is sending its leader,