Officials in the city of Eudora, Arkansas, said they are enforcing a mandatory emergency curfew after struggling to stop what the city's mayor described as a "rampage of shootings." 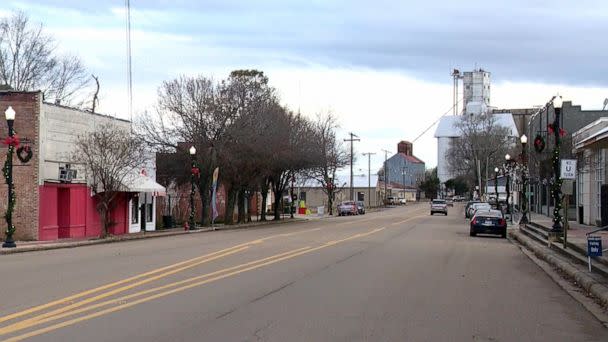 PHOTO: Officials in the small city of Eudora, Arkansas are enforcing an emergency curfew after struggling to stop what the city's mayor described as a 'rampage of shootings.' (KATV)

The city of fewer than 3,000 residents has recently experiences more than 10 shootings, according to Mayor Tomeka Butler, including one which killed a local resident on Dec. 24. Facing increased crime, few actionable leads, and limited police resources, Butler announced the "civil emergency curfew" on Dec. 27.

The curfew applies from 8 p.m. until 6 a.m. with exceptions for both employment and medical emergencies, officials said.

In a statement to ABC News, Butler said that the frequency of these shootings are unprecedented, adding "this is the first time these acts of this magnitude have taken place."

"Should you be caught during curfew hours, you will be subject to being stopped and searched," Butler said in a video posted to Facebook, in which four law enforcement officers stood behind her.

MORE: 3 charged in Mall of America killing days before Christmas

In the video and on other posts, Butler pleaded for community members to work together to stop the violence.

"Please help us bring these senseless acts of crime to a stop," she said.

Members of the community, local leaders, and law enforcement officials gathered for an meeting on Wednesday evening in a local church. They voted to extend the curfew until Jan. 3 and asked community members for their help in stopping the violence. 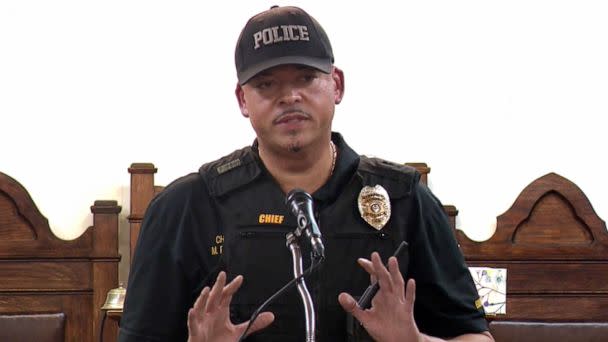 PHOTO: Officials in the small city of Eudora, Arkansas are enforcing an emergency curfew after struggling to stop what the city's mayor described as a 'rampage of shootings.' (KATV)

"We're pleading for your help, we really need your help," Butler said. "And the only way that is going to change is if we pull together and change our city."

With dozens of community members sitting in wooden church pews, aldermen sitting behind a drum set and leadership addressing the anxious community from a lectern, the meeting was both a venue for public announcements and a community venting session.

"This is not people's houses getting shot in anymore, we have people actually dead on the street," one unidentified community member pleaded. "We need some extra help"

Others said they were worried about the severity of the problem compared to resources available in Eudora.

"It's too big for you guys," a community member told local officials.

Officials from the Eudora Police Department said their department faced some limitations, including limited staff, a budget best described as "pretty much peanuts," outdated safety equipment and broken vehicles. As an illustration of those issues, Eudora Chief of Police Mike Pitts pointed to the bullet-proof vest he was wearing and said it was not even his own.

A sergeant with the police department also noted that officials have been unable to act on tips because members of the community fear coming forward with information.

"Prosecutors would turn me around the door if they don't have anything supporting evidence to back up what I'm presenting to them," he said. "That's the problem that I'm having right now in putting these cases together. The community is afraid to come forward and say what's going on out here in the streets who's really involved with the shootings that's going on." 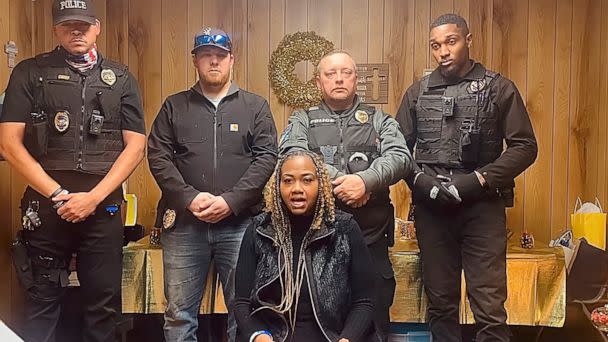 PHOTO: Officials in the small city of Eudora, Arkansas are enforcing an emergency curfew after struggling to stop what the city's mayor described as a 'rampage of shootings.' (City of Eudora)

Despite these limitations and concerns, Pitts stood by the curfew.

"I know it's an inconvenience for some, but it's a comfort for others," he said, noting that a family member of a victim told him that they could finally get sleep after learning about the curfew.

"This action was by no means taken to violate any constitutional rights of any citizen, any business owner, any religious believer, or anyone traveling through the city of Eudora," Butler said.

In a country where gun violence stories have become common, the issues facing Eudora might seem minor, officials said. But in a small city like Eudora, an uptick in crime has been destabilizing.

"I know that in bigger cities, larger cities, that sounds like peanuts, but here in a small community of 2,500 people, that's too many," Pitts said. "That's too many in any city, but that's unfathomable."

The "Catfish Capital of Arkansas," Eudora stretches across a few square miles across a largely rural Arkansas. Its population, over 80 percent African American, shares a grocery store, dollar store and liquor store. With little crime overall, residents at the town hall could easily recall unsolved crime, like a drive-by shooting from three years ago.

The recent uptick in shootings appears to have driven community members and leadership into action to fight back against what the mayor described as a "few senseless citizens" and the police chief described plainly as "murderers."

"This is home, and if you can't feel safe at home, then what are you doing?" Butler asked during the town hall.

Law enforcement told community members that they will not rest until the crime stops.

He added, "This is not how Eudora is supposed to be, this is now how it was when I was a kid in the area growing up, and it is not going to remain this way."