Amy Robbins joined the cast of Coronation Street this week as Daisy’s mum, Christina, and fans are thrilled to see her.

“I already love her,” cried one after her on-screen debut on Monday January 23.

But who is Amy Robbins in real life?

From her famous family to her former co-star husband, here’s everything we know. 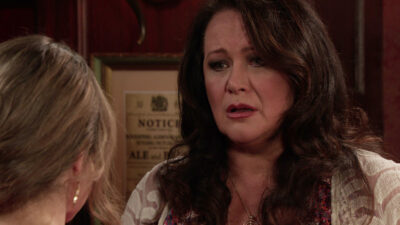 Christina is back in Daisy’s life, but will she cause trouble? (Credit: ITV)

Chaotic Christina is Daisy Midgeley’s mum, who hasn’t been a brilliant parent.

Pretty absent from her daughter’s life – keeping in touch only a couple of times a year via text – she’s turned up on the cobbles after discovering Daisy is getting married.

Described by Amy as a “hot mess”, Christina seemingly wants to make amends.

However, Daisy is very clear she wants nothing to do with her mum. She even bans her from the wedding, leaving Christina shocked.

Daniel is keen to build bridges, though.

Christina gives Daniel a necklace that belonged to her own mother and tells him she wants Daisy to wear it on her wedding day.

Determined to bring mother and daughter back together, Daniel books a table at the bistro and tricks Daisy into meeting him there.

She’s furious to discover her mum is dining with them.

But will she agree to let Christina come to the wedding? 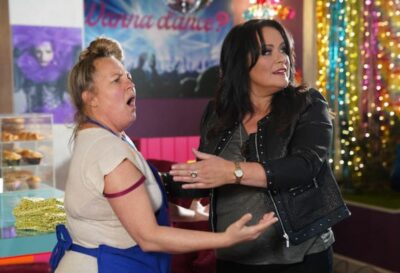 Amy Robbins in Emmerdale and EastEnders

Coronation Street is not Amy’s first time in a soap.

In fact, it sees her finally completing the set after appearing in Emmerdale, EastEnders, Hollyoaks and Doctors before now.

Amy was in EastEnders in 1999 as Jane Carter.

Appearing in Hollyoaks in 2017, she played Lynette Drinkwell, mother of regular character Scott.

She then moved back to EastEnders in 2019, where she played Karen Taylor’s girlfriend, Caren, for four episodes.

They broke up when it became clear Karen couldn’t commit to their relationship.

Amy then appeared in Doctors in 2020 for one episode as Katie Banks.

She starred in Emmerdale last year as Defence Barrister Milligan. She was the barrister defending murderous Meena Jutla and appeared for six episodes. 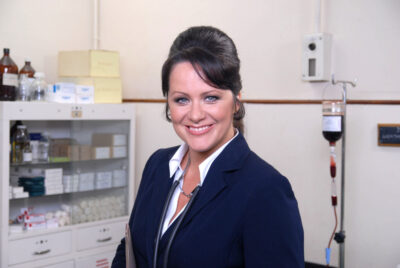 What else has Amy been in?

As well as the soaps, Amy has starred in many TV dramas including Casualty and Holby City.

Her biggest role, and perhaps the one she is most recognised for, was in The Royal.

She played Dr. Jill Weatherill from the series’ creation in 2003 until it was cancelled in 2011.

The Royal was a spin-off of Heartbeat (which Amy also appeared in for one episode).

Emmerdale star Michelle Hardwick, aka Vanessa Woodfield, appeared in The Royal alongside Amy and the pair became best friends.

So much so that they are godmothers to each others children. 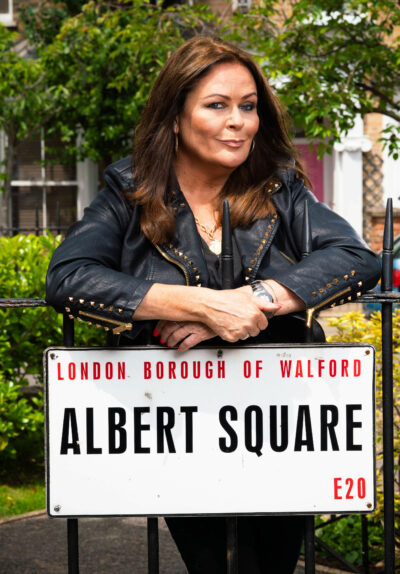 Are Amy and Kate Robbins related?

Her older brother Ted Robbins is a well-known comedian and actor, starring in shows such as Birds of a Feather, Phoenix Nights, Benidorm and also Coronation Street.

He played Brendan Finch, editor of supernatural magazine The Inexplicable and love interest of Mary Taylor.

Kate is also an actress, singer and songwriter.

She was on Spitting Image in the 80s and 90s, as well as Dinnerladies, Holby City and Phoenix Nights. Kate most recently appeared in EastEnders as Jen Glover, a music agent trying to sign Whitney Dean for a gig on a cruise ship.

Kate is the mother of I’m A Celebrity runner-up Emily Atack.

The family are also distantly related to Beatles’ legend Sir Paul McCartney as their mother was his cousin. 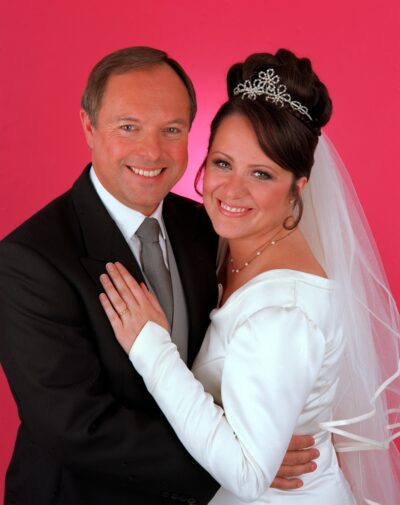 Husband and wife on-screen and off it! (Credit: ITV/Shutterstock)

Who is Amy Robbins married to?

Amy is married to Robert Daws.

Robert was her co-star in The Royal, with him starring as Dr. Gordon Ormerod.

The couple married on-screen as well as off it!

Robert and Amy have been married since 2003 and they have two daughters together – Elizabeth and May.

Coronation Street usually airs on Mondays, Wednesdays and Fridays at 8pm on ITV.